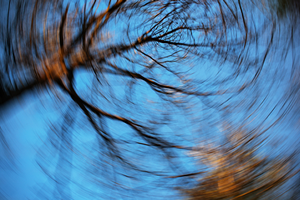 Everyone makes mistakes. Even me. Especially me.

I spend my days urging people to think before popping a pill. Consider the benefits and also consider the risks. Seek options — medicines with fewer side effects or adjusting nutrition. Use the medicine when it’s the best option for you, not the quickest or the easiest.

That’s what I believe, but did I do that last week? No. Sigh. How embarrassing.

Here’s the story – I arrived back from 10 days in Beijing (yes – it was exciting!). Around 3am I rolled over in bed and the room swirled around in a very unpleasant way. The way it used to in college during Greek Week. But I hadn’t had too much to drink, I was experiencing vertigo.

For 2 days (Wednesday and Thursday) the vertigo was uncomfortable but mild, I could power through it. I even worked out, though doing a side plank with the walls spinning was tricky. But Friday the vertigo was so severe I couldn’t walk a straight line. I remembered back in the 1990s I’d had similar vertigo twice. Each time my doctor looked in my ear and discovered an infection. Some antibiotic and within hours I was finding my balance.

I called my doctor to tell her my diagnosis. “Does your ear hurt?” She inquired.

Nope, she wasn’t going to let me self-diagnose. I’d had transitory global amnesia last summer (I get the coolest things) and she was concerned that there was a “larger picture.” She spoke with my ENT and my neurologist, both were unconcerned.

So she gave me a prescription for meclizine. Did I look it up online? No. I took it. The meclizine stopped the spinning and knocked me out for 2 hours. I then had 2 or 3 good hours until the vertigo returned. Because the drowsiness was so severe, I put up with the vertigo until the next day when I was facing a 3 hour car ride. The meclizine made me sleep through most of it. But it wasn’t curing the vertigo, it was only giving me temporary relief.

Finally I did my own research. Meclizine is the same ingredient as Bonine, a motion sickness OTC drug I’d taken many times in the past. In fact, I had it in the house and could have just taken that.

The side effects of meclizine? Drowsiness and dizziness? This drug was not helping me get better and might be adding to the symptoms.

I googled vertigo and saw a reference to the Epley maneuver, a way of repositioning ear crystals which might be causing vertigo. I remembered going to an ENT 4 or 5 years ago for an Epley treatment that had been successful. This article from Neurology.org gave instructions for patients to do it at home. So simple: Position a pillow, turn head, lie back for 30 seconds. And I got some relief. Not perfect. But I did it again a few hours later, some more relief.

There are several reasons one can experience what is generally (medically) called vestibular disorder. About 35% of adults over age 40 experience it at some time, more often as one ages. It could be benign paroxysmal positional vertigo, in which case Epley should be helpful. But it could be Ménière’s disease or any one of a handful of other causes. Trying the Epley maneuver as a first step would have cost me no money, no risk of side effects and lost very little time.

Back on Wednesday when the vertigo started, I ignored it. That was a bad decision because the symptoms escalated until all I could think was, “make it stop.” Fortunately, my decisions didn’t cause significant harm, but popping a pill and ignoring symptoms didn’t solve the problem. I experienced side effects that sent me to bed instead of living my life.

I pledge to try to better follow my own advice. I’m going to listen to my body and believe it when it says something is wrong. I’m going to look up information before I push myself too far. In that way I’ll be able to consider options rather than calling my doctor and demanding a pill.

Boundaries: Navigating the Gulf Between Tests and Treatment