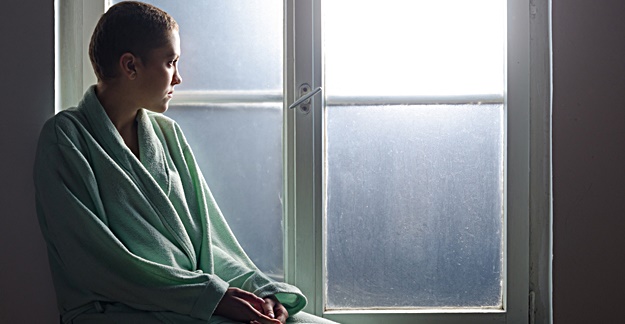 And, of course, some are way more expensive than others.

In the world of medicines to treat cancer, these statements have special resonance. Few areas of medicine are as fraught with difficulty as cancer medicines, especially the large class of drugs broadly referred to as chemotherapy. These medicines are widely variable in effectiveness and safety, and very expensive — between $30,000 and $250,000 for a course of treatment.

Cancer patients and their families are almost always at the mercy of doctors and clinical trials — and not infrequently, a lot of guesswork — when it comes to deciding which chemotherapy regimen to try.

There’s a large body of research, of course, on cancer drugs. But it’s hard for non-professionals to make sense of. And while online resources — for example, see the American Society of Clinical Oncology web site  — are getting much better at explaining chemotherapy basics and choices to consumers, there’s no repository of easy-to-understand comparisons of chemotherapy drugs for the many forms of cancer.

These frustrations were in mind when several recent analyses caught my eye.

In one recent study, published in JAMA Internal Medicine, researchers at the National Cancer Institute and Oregon Health & Science University reviewed all the cancer drugs approved by the FDA from 2008 to 2012. Two-thirds (36) of the 54 drugs identified had been approved based on so-called “surrogate end points.” That’s when a study is designed in such a way as to detect a response to treatment based not on extension of life or long-term survival, the eradication of the cancer, or full recovery, but on a lesser achievement. The most common one is tumor shrinkage over 3 to 6 months or up to a year, but there are other “end points.”

Studies are designed this way to net results faster since it can take — by definition — years to conclude that a cancer drug kept someone alive long-term (with at least 5 years being the conventional marker of long-term survival).

When the FDA approves drugs based on surrogate end points, it almost always — sometimes as a condition of approval — asks the manufacturer to continue studying the drug, primarily by tracking the patients who were in the clinical trial or trials that led the FDA to approve the drug.

What the researchers found for the 54 drugs was a decidedly mixed bag in terms of ultimate meaningful benefit — namely extension of life and long-term survival. After a median follow-up of 4.4 years, only 5 of the drugs that had been approved on the basis of a surrogate end point were proven to help patients live longer when compared with already-approved treatments.

Eighteen (50%) of the 36 surrogate end point drugs failed to extend life and 13 had unknown impact on life extension and longer-term survival because no data on them had been made public by their manufacturers.

That failure of follow-up study and reporting is not uncommon. It usually signals that the results were not positive, but we just don’t know. The authors cite a 2009 Government Accountability Office report which criticized the FDA for failing to enforce follow-up study commitments for surrogate approvals. Among the more than 400 such studies requested up to 2008, 30% were still pending, ongoing, delayed or terminated, the researchers say.

Yet the FDA has never exercised its authority (under a 2006 law) to remove a product from the market because such studies were not completed.

The National Cancer Institute researcher who co-authored the study I summarize above, Vinay Prasad, published another paper in JAMA Internal Medicine that — based on a review of relevant published studies — came to the following conclusion: Most follow-up tracking of cancer patients who had been in trials of new drugs that used surrogate end points finds “a low correlation with survival.”

Translation: Surrogate end points — such as tumor shrinkage — are not a reliable predictor of life extension or long-term survival.

The importance of these preliminary findings cannot be overstated. What they mean is this: Oncologists are often prescribing drugs that may have some positive effects in the short term but which may not extend life.

Of course, sometimes they do. And therein lies the dilemma for patients and their families. Do I choose to take a drug that’s only been shown to have short-term benefit, and may cause significant side effects and reduce my quality of life, but which may not lengthen my life?

There are no easy answers. All cancer patients taking a newly approved cancer drug or drug regimen that was approved on the basis of such limited studies should, I believe, have detailed discussions with their doctors about the risks and benefits.

And there’s a cost issue, too. The National Center for Health Research, a Washington, D.C.-based patient advocacy group, looked at the cost of the cancer drugs Dr. Prasad and his colleague examined in the first study discussed above. They found that the drugs that were not proven to extend life cost just as much as the ones that did — up to $170,000 per patient. Yet, Medicare and insurers were still paying for them.