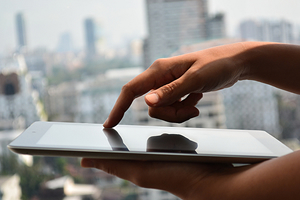 The Institute for Safe Medicine Practices, a nonprofit that tracks drug safety issues, released a study showing that 97% of drug side effects posted with the FDA’s Adverse Event Reporting System were from pharmaceutical companies. Pharmaceutical companies are required to report to the FDA when there are significant side effects or adverse events with a drug they distribute. But the quality of the reports make them difficult if not impossible to use. Just under 50% of the reports filed were “reasonably complete,” according to the study. More than a third didn’t have the patient’s age and 44% of those reports didn’t have a date of event.

28% of the patient reports were of deaths, but “67% of these reports were of limited value, because they contained only the word ‘death,’ or did not have enough information concerning patient age, gender or event date.”

The only large scale, long-term testing done on drugs is performed on humans in the marketplace, in nearly every case. The least we can do is demand that any adverse reactions to medications are reported accurately. They be explored so wrongly reported drug harm or harm caused by drug interactions can protect drugs prescribed correctly vs. incorrectly.

Januvia, Byetta and Victoza are small players totaling less than 7% of the diabetes drug marketplace. Yet, combined they cause half of the deaths and hospitalizations caused by diabetes drugs. Pancreatic and thyroid cancers are linked to all 3 of the drugs with hundreds of lawsuits pending. MedPage Today and the Journal Sentinel partnered to research 30 diabetes drugs. The conclusions include a condemnation of the FDA drug adverse events reporting system (FAERS) for tracking drugs in the marketplace, “The FDA has called the database a “critical element” in ensuring the safety of drugs once they are on the market, but experts say the system misses the vast majority of adverse  cases.

“That is due in large part to the system being voluntary for health care professionals. That means professionals fill out lengthy case reports without incentive or reimbursement — or even any guarantee they will trigger an FDA response.”

Thank you NYS Attorney General Eric Schneiderman who sent cease and desist orders to Walmart, Target, Walgreen and GNC “demanding that they stop selling their store-brand herbal supplements because DNA bar coding showed that 79 percent of them either did not contain the stated ingredient(s), or were contaminated by other filler materials such as rice and wheat to which some people might be allergic.”

In plain English the AG’s research showed many of the supplements we are buying for our health are filled with useless ground up matter. Worse, any of us could be allergic to the ingredients. Since the label often is a lie, we don’t know what we are taking.

To be fair (and it’s difficult to be fair when this angry), one reputable source notes that the testing technique was not optimal. Dr. Pieter Cohen writes from his “Slow Medicine” blog: “The botanical ingredients are so highly processed in mainstream supplements as to be virtually unrecognizable (even to many experts in the field) — leading to the current controversy in New York.”

I discovered laughing gas about 2 years ago. I was facing a tooth implant which requires drilling into the bone. Local anesthetic was the only primary option, but my dentist suggested I try laughing gas as a supplement. They put a rubber pig-snout thing over my nose, put headphones on my ears and an ipod in my hand to control the music. Normally 2 hours of drilling along with the accompanying odd smells and noises would completely terrify me. But amazingly, the gas allayed the fear and allowed me to realize that the noise was not pain and I could relax and trust the process.

I’ve never given birth, but as a past publisher of a magazine for childbirth educators I know that calming the fear of pain and increasing the trust a woman has in her body during labor is the overall goal of teaching the techniques of Lamaze and any other birth method. If facing labor I always hoped I could manage the pain and allow my baby the opportunity to be born  through nature’s process, but now I know I would demand laughing gas as my ally.