5 Facts About a Controversial Treatment for Lyme Disease 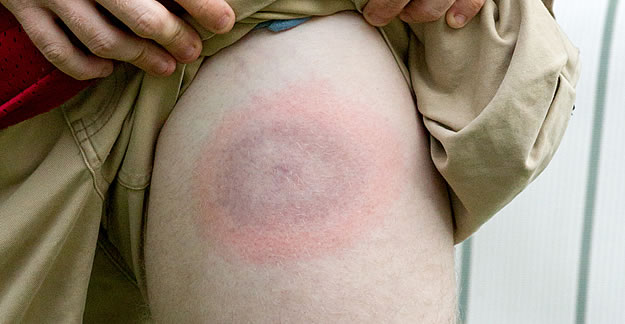 There is no approved treatment for a persistent form of Lyme disease. But some doctors on the ground are finding that long-term antibiotics may work.

When Dana Parish developed a bull’s-eye rash and was diagnosed with Lyme disease, her physician prescribed a 21-day course of antibiotics. Parish assumed her treatment — and her symptoms — would end when she finished her antibiotics.

She was wrong. Over the next few months, she developed swollen joints, muscle pain, fatigue, weakness and shortness of breath which got progressively worse. And though she didn’t know it at the time, Parish, a singer-songwriter, was bumping up against the limits of accepted medical science.

Both the Centers for Disease Control and Prevention (CDC) and the Infectious Diseases Society of America (IDSA) consider persistent symptoms after a course of treatment “post-treatment Lyme disease syndrome” (PTLDS), and both organizations suggest that PTLDS symptoms will resolve over time, without additional treatment beyond, perhaps, an additional 4 weeks of antibiotics.

But standard treatment hadn’t helped Parish. She still felt sick. Very sick. So, she did what many desperate patients do — looked beyond the bounds of accepted medical science. She sought care from a physician who specializes in Lyme disease, and today, after multiple rounds of multiple antibiotics, Parish is back to her usual self.

If you (or a loved one) are struggling with troublesome symptoms after receiving treatment for Lyme disease, you too may be desperate for a solution. Before you make any decisions, empower yourself with information.

Here are 5 things you need to know about long-term antibiotic use for Lyme disease.

At present, neither the CDC or the IDSA recommends long-term antibiotic treatment for persistent Lyme disease symptoms. In fact, both organizations advise against it. The CDC states, “Studies have not shown that patients who received prolonged courses of antibiotics do better in the long run than patients treated with placebo. Furthermore, long-term antibiotic treatment for Lyme disease has been associated with serious complications,” while the IDSA says, “Most cases of Lyme disease are successfully treated with a few weeks of antibiotics. Using antibiotics for a very long time (months or years) does not offer superior results and in fact can be dangerous, because it can cause potentially fatal complications.”

Yet some clinicians and scientists think otherwise. “There’s a bland statement that prolonged antibiotics or long-term antibiotic treatment does not work. That may not be true, depending on which antibiotic you use,” says Ying Zhang, MD, professor of molecular microbiology and immunology at Johns Hopkins.

Dr. Zhang’s research shows that some Borrelia bacteria may survive initial antibiotic treatment; these so-called ‘persister’ bacteria may be responsible for continuing symptoms.

Patients such as Parish offer themselves as living proof of the power of supposedly “ineffective” treatments. And doctors such as Richard Horowitz, MD, author of How Can I Get Better? An Action Plan for Treating Resistant Lyme and Chronic Disease, list numerous examples of patients who improved after long-term antibiotic treatment. Some scientific papers suggest benefits of long-term antibiotic treatment of Lyme disease; others point to potential harm.

2. Scientists’ Understanding of Lyme Disease — and How to Best Treat It — Continues to Evolve

Lyme disease is caused by Borrelia burgdorferi, bacteria that is typically transmitted to humans bitten by infected ticks. Scientists and doctors are learning that Borrelia can exist in multiple forms. It can bury itself deep within cells, hide inside a cyst or create biofilms, slimy masses of bacteria. Dr. Zhang’s research shows that some Borrelia bacteria may survive initial antibiotic treatment; these so-called “persister” bacteria may be responsible for continuing symptoms.

These discoveries suggest new treatment approaches. “What we’ve shown, in test tubes, is that current Lyme antibiotics are not very good at killing such persister forms,” Dr. Zhang says. “We’ve found some persister drugs that, especially in combination with other antibiotics, are more effective at killing such forms. Right now we are evaluating these in animal models.”

Because the science continues to evolve — and because all humans are different — there isn’t an accepted, established protocol for long-term antibiotic treatment of Lyme disease. Dr. Horowitz’s book outlines his treatment protocols, but he emphasizes the importance of tailoring treatment to the patient. “I don’t have two patients that have the same protocol,” Dr. Horowitz says. The exact drugs and dosages used depend on a patient’s’ symptoms, allergies, reactions and the presence or absence of any additional infections.

Most patients who take long-term antibiotics for Lyme disease take a combination of medications — often, 2, 3 or more antibiotics. The drugs may be rotated — meaning you may switch from one to another — and “pulsed,” or stopped and re-started in varying dosages. Some can be taken with food; others are best on an empty stomach. You may also have to take a probiotic supplement to maintain gut health and prevent diarrhea.

Keeping track of such a complex regimen can be challenging, so Parish recommends setting alerts and alarms on your phone to remind you when and how to take your meds.

4. You May Feel Worse Before You Feel Better

When antibiotics kill Borrelia bacteria, the bacteria release toxins which can cause inflammation and a temporary worsening of symptoms. This phenomenon is called a Herxheimer reaction, and is a normal, self-limiting response to treatment. “Most people, at some point during their course of treatment, are going to get a Herxheimer reaction,” Dr. Horowitz says.

Depending on the severity of your reaction, your doctor may temporarily stop antibiotic treatment or help treat your symptoms so you can continue your antibiotics.

Right now, patients with persistent Lyme symptoms “still have to endure and suffer [because] there is not established protocol to treat such conditions,” Dr. Zhang says. “Patients try all sorts of therapies. Many don’t really have much of an effect.”

Positive responses to long-term antibiotic treatment have been reported by physicians and patients, but additional research evaluating these treatment regimens is necessary, especially in light of the recent discovery of Borrelia persister drugs.

Unfortunately, such trials are expensive. Although spending for Lyme research has been approved under the 21st Century Cures Act, HHS Secretary Tom Price has not yet commenced the funding. For now, patients must make the best decisions they can with the information at hand.