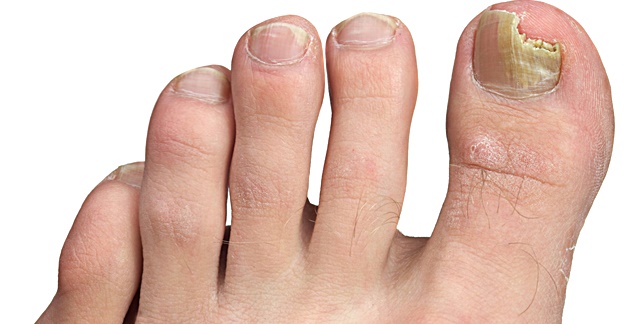 If you have nail fungus, you’re eager to get rid of the icky stuff. There are lots of treatments, but some are more effective and have fewer side effects.

Sandals are out of the question for millions of Americans, and these folks are about as likely to go barefoot in public as perform a pirouette on the subway. Why the cover-up? Because they have toenail fungus, an extremely common condition that disfigures the nails.

Some people choose to do nothing about infected nails that are thick, brittle, discolored and prone to crumbling. Indeed, “most non-diabetic people can live with untreated toenail fungus uneventfully,” said Dr. Robert Stabile, a podiatrist based in East Meadow, New York.

But nail fungus — especially toenail fungus — can be dangerous because of how it affects the sensitive nail bed, the layer of tissue which the nail rests on. In some cases, toenails that are thickened by fungus can injure the nail bed and allow bacterial infections to develop.

“This can potentially become serious, especially in the diabetic population and those with neuropathy,” Dr. Stabile said. “Patients with peripheral arterial disease may be at risk for similar issues.”

Even if you aren’t worried about fungus-related problems, you may still want to restore your nails to a healthy appearance. Fortunately, there are plenty of over-the-counter and prescription treatments for toenail fungus and fingernail fungus, its less common sibling. But results, which require patience and persistence, can be elusive. And some treatments are risky and hugely expensive.

1. Vinegar and VapoRub May Help

Drop by your nearest drugstore and you’ll see a row or two of products that promise to rid you of nail fungus forever. All you have to do is apply a cream, liquid, polish or lacquer.

Should you grab one or two products and head to the checkout counter? Not necessarily.

For one, physicians caution that it can be risky to diagnose yourself with nail fungus since you may have another condition, like a nail injury, nail psoriasis or even nail cancer. A trip to a primary care physician, dermatologist or podiatrist may be a wise first step.

Also, there’s little high-quality research into the effectiveness of these products. Still, over-the-counter treatments may be worth a shot, especially if nail fungus isn’t severe yet.

“Very often I will have my patients soak their toenails in white vinegar or fungal shampoo preparations in addition to having them file down the affected toenail,” Dr. Stabile said.

Other nail fungus treatments that are applied to the nails include tea tree oil (a mainstay in health food stores), mouthwash, and even medicated chest rubs like Vicks VapoRub.

Yes, VapoRub. A tiny 2011 study found that fungus disappeared in five of 18 patients who applied VapoRub to their toenails, and all the patients thought their nails looked better.

Don’t expect quick results, however. Keep in mind that all nail fungus treatments take time — even a year or more — because months are needed for newly healed nails to grow out.

Prescription topical treatments — those meant to be applied to the nail — have benefits: They’re more powerful than their over-the-counter rivals, and they’re safer than prescription antifungal pills.

But for a variety of reasons, including effectiveness and cost, these treatments aren’t for everyone.

Pregnant or breastfeeding women generally shouldn’t take them, and they can irritate the skin or make it sensitive, Dr. Stabile said.

It also takes time and effort to use these topical treatments. As Dr. Shari Lipner, a dermatologist with Weill Cornell Medicine in New York City, noted, you’re supposed to apply them to your infected nails every day for a year. “That’s not something a lot of patients want to do.”

Topical drugs also have low cure rates — even two widely touted new medications that are hugely expensive and may not be covered by insurers. A year-long study of Kerydin (tavaborole) found that about 27% of toenail fungus patients who used the drug managed to clear or “almost” clear their nails of fungus. Results were similar for patients who used Jublia (efinaconazole).

In 2016, the Associated Press reported that pharmacy benefit manager CVS Caremark planned to restrict Jublia, which then cost about $1,000 a tube, because other antifungal drugs were much cheaper.

Dr. Lipner is a fan of Lamisil. “In my experience, almost all patients will have completely normal or near-normal nails,” she said, although it could take 18 months to see full results.

Dr. Stabile cautioned that patients who are pregnant or breastfeeding can’t take oral antifungal treatments because of the risk of harm to the fetus or baby. And Dr. Lipner noted that Sporanox can interact with several other medications.

These drugs can be cheap — Sporanox only costs about $17 a month — but they pose the greatest risks of any treatment.

Most notably, antifungal pills can cause a variety of side effects, including liver damage, a risk that scares off many patients. Those who do take the pills typically undergo blood tests to monitor for signs of liver disease.

Dr. Lipner said concerns about side effects can be overblown, and she advises patients to understand that the risk is low. “I spend half the visit talking people down from what they’ve read on the internet about these oral medications,” she said.

Laser treatments for nail fungus have become popular — and controversial — over the last few years.

They’re expensive, potentially costing hundreds of dollars, and insurance isn’t likely to cover them. Critics say research has failed to support their use or fully explore side effects like burning. As a 2017 review of research into laser treatments put it, studies “fall short on many levels.”

“Based on the data that we have, lasers probably don’t work too well for treating nail fungus,” Dr. Lipner said. “For now, I don’t recommend the use of lasers to treat fungus of the nails.”

Removing a toenail isn’t an easy fix for advanced nail fungus, since the nail is likely to regrow and develop a fungal infection all over again, Dr. Stabile said. But according to him, there is one option that usually eliminates the fungus forever: permanently removing the nail, meaning that it won’t grow back.

However, this is only done is extreme cases, such as when a large part of the nail is diseased. It’s not painful as a doctor will inject an anesthetic into the toe. Even with this option, the nail will still grow back as the nail matrix — the area of the toe where the nail begins to grow — is still there. If you don’t want the nail to grow back, a chemical can be added after the nail plate is removed to destroy the matrix. Permanent nail procedure is not without risks. It can be associated with pain after the procedure, infection or return of the fungus and abnormal nail growth if the nail matrix is kept.

Keep in mind that artificial acrylic toenails may not be a good nail replacement. They may cause fungus to return since they can create a moist, warm space underneath them.