5 Things You Need to Know About Antibiotics 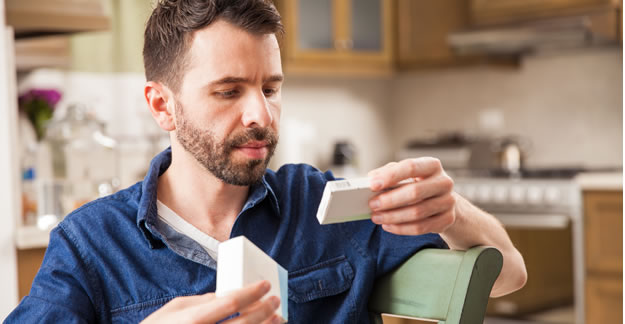 Ever since penicillin was discovered in 1928, antibiotics have saved countless lives. But they are also among the most commonly prescribed drugs. We’ve taken them for granted, and as a result, overused them, to the extent that they’ve gone from being a boon to a bane in many situations.

Antibiotics are intended to treat bacterial infections, but when they’re inappropriately used it leads to drug-resistant bacteria — so-called “superbugs” — which are now a critical problem that calls for more powerful antibiotics. Patients stay ill longer, are exposed to unnecessary side effects, and healthcare costs are increased.

It helps to know when antibiotics are appropriate, and when they’re not. Here are five things you need to know about antibiotics.

1. When to take them, and when not to

The common cold, with symptoms that vary from a runny nose, congestion, cough and fatigue, can last anywhere from five to 14 days. Colds are viral infections and antibiotics won’t help.

“A dry, annoying cough can last weeks, and it just takes time to go away. If it goes on for six weeks or more, then you should worry,” said Jeffrey Linder, MD, chief of general internal medicine and geriatrics at Northwestern University Feinberg School of Medicine.

If it’s a sinus infection, the longer you have it, the more likely it is to be bacterial, and antibiotics will help, said Linder, who recently published a study on how only 13% of antibiotic prescriptions in outpatient settings are appropriate.

A sore throat warrants antibiotics only if it’s a strep infection, and your doctor will know when to test for it, and prescribe medicine only if you test positive.

With sinus, cough or cold, if the symptoms last longer than 14 days a secondary infection could set in — and then it’s time to check in with the doctor.

There are times when physicians err on the side of caution and prescribe antibiotics sooner. This would typically be for immune-compromised patients who cannot risk catching infections.

“If the patient is neutropenic, meaning low white blood cells, or if they have leukemia, then the threshold to treat [with antibiotics] would be much lower,” said Bettina Fries, MD, chief of the division of infectious diseases at Stony Brook University School of Medicine. Her research focuses on multidrug-resistant bacteria, among other areas.

When patients come in with complaints, doctors check to see how ill they are — do they have a fever higher than 103 degrees, or is it a low-grade fever? “Patients come to me with 99 degrees and want antibiotics,” Fries said. “But with immune-compromised patients, we get worried when it’s over 104 degrees.”

Doctors look for signs of being systemically ill, signs of confusion and low blood pressure, which are red flags.

2. Different classes of antibiotics and their most common side effects

There are well over 100 antibiotic drugs, but most of them can be classified within seven main categories. Each category is effective against different kinds of infections.

In addition to these, there are also lincomycins (Clindamycin), glycopeptides (Orbactiv) and carbapenems (Primaxin, Doribax).

The most common side effects to antibiotics are soft stools, diarrhea and mild stomach upsets. Some people can have allergic reactions such as hives, fainting, shortness of breath and swelling of lips, face or tongue. A rash or white patches on the tongue are also possible.

Linder said true allergic reactions to these drugs occur in less than 15 percent of the population. A lot of times people are misdiagnosed as being allergic, possibly because they had a reaction as a child, but may have outgrown it, or because a family member had an allergy. It’s important to be tested specifically for allergies to antibiotics because they are so useful in fighting infections.

3. There’s been a lot in the news about fluoroquinolone antibiotics. Should I avoid them?

“Quinolines are very powerful; they have unique qualities that other antibiotics don’t have, so we use them to treat rare infections,” Fries said. “Historically they’ve been overprescribed for UTI and pneumonia. They’ve been given to elderly patients and others with risk factors, so over the years we’ve seen a lot of side effects.”

They are associated with adverse effects (https://medshadow.org/fluoroquinolones-antibiotics) such as Achilles tendon tears, hypoglycemia in diabetics (low blood sugar), confusion and delirium, and an increased risk of Clostridioides difficile infection. In patients with high blood pressure, those with blockage of blood vessels and a history of aortic aneurysm, aortic rupture is a possible side effect — and the FDA issued a warning last year about them.

Antibiotic stewardship programs in hospitals have focused on reducing the number of prescriptions, but recent studies show that they’re still being prescribed at discharge.

“We are trying to scale them back, we tell people they’re not the first choice of intervention,” Fries said. “If you take them by mouth, you get the same level as if you have them intravenously. So that’s one of the great things about them, and also one of the reasons they’re used so often.”

4. How can antibiotics interact with other drugs or supplements I am taking?

Antibiotics are strong medicines and they can interact with other drugs. Some types interfere with birth control pills, making them ineffective. Penicillin, if taken at the same time as methotrexate — a drug used for psoriasis, rheumatoid arthritis and certain cancers — can lead to very unpleasant and at times serious side effects.

If you’re on blood thinners such as heparin or warfarin, cephalosporins can increase the chance of bleeding, so you will need additional blood monitoring, or a change in dosage of the anticoagulant.

Aminoglycosides can react with diuretics, muscle relaxants and antifungals, causing hearing or kidney damage. But the risk of this side effect happening needs to be weighed against the need to treat life-threatening infections.

Inform your doctor and/or pharmacist before getting a prescription for tetracyclines if you’re on anticoagulants, diuretics, vitamin A supplements, insulin, migraine medication, cholesterol drugs, antacids, ulcer drugs, osteoporosis medicine or drugs for depression or bipolar disorder.

Macrolides should not be combined with drugs for high cholesterol, urinary incontinence or antihistamines for allergies.

Inform your physician before taking fluoroquinolones if you’re on painkillers such as ibuprofen, or taking medication for Parkinson’s, gout, schizophrenia, diabetes, depression, asthma, cough and cold and muscle spasms. Some quinolines can also interact with caffeine, leading to irritability and insomnia.

5. Overprescribing and the very critical problem of antibiotic resistance

Our colon harbors trillions of bacteria, which together comprise our microbiome. Having a diverse mix of bacteria in our microbiome is very important to our health. Antibiotics tend to selectively kill a lot of healthy bacteria, leaving behind bacteria that can resist the drugs, which then become dominant in our bodies.

C-difficile (which causes inflammation of the colon and persistent diarrhea) is a common multidrug-resistant bacteria that can make patients ill for months or even years.

“We are seeing more and more patients with infections we cannot treat,” Linder said. “When we use an antibiotic, it does change the bacteria in your body for a number of months. And when you use them often, it will change your body.”

He explained that doctors often wind up confusing patients when talking about balancing the risk, when the equation they should focus on is: Are the risks of this medicine outweighed by the benefits the patient can get by taking it?

“I fear we’ve overcomplicated things,” Linder said. “With an individual patient in my office, I need to be thinking if it makes sense for them, or could it hurt?”

There is also the very real pressure physicians face because of patient expectations for a prescription. That’s why it’s important, he said, to let the doctor know you want an antibiotic only if it’s needed, because this will change how the doctor interprets it.

“A lot of patients are disappointed when they leave the clinic after being told they don’t need antibiotics,” Fries pointed out. “A good, experienced practitioner can explain clearly when it’s needed. They’ve saved a lot of lives since they were introduced, but they’ve also taken lives because of inappropriate use, which has led to serious inflammatory reactions of the colon.”