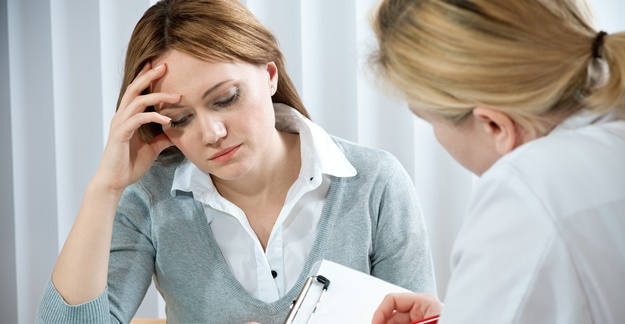 An estimated 17% of Americans will experience depression at some point in their lives. Antidepressant medications such as selective serotonin reuptake inhibitors (SSRIs), the most commonly used drugs for depression, are usually the first-line treatment, along with talk therapy. However, these drugs are only effective in 50–60% of people, and even when they do work well, there may still be side effects ranging from headache, nausea and sexual dysfunction to loss of motor control and suicidal thinking. Consider treating depression without meds.

While antidepressants have certainly helped many people manage their symptoms, the poor response rate makes it clear that alternatives are needed. But first things first: Before trying to figure out what kind of treatment to opt for, make sure you’re covering your self-care basics, including regular exercise, adequate sleep, and proper nutrition as all three of these can have an influence on depression.

“For instance, it is well understood that sleep deprivation can adversely impact mood, yet 1 in 3 American adults are sleep deprived,” according to Fraser Smith, ND, assistant dean of the naturopathic medicine program at National University of Health Sciences. Naturopathic medicine is focused on using natural remedies and techniques such as herbs, acupuncture, exercise and nutrition to help the body heal. Also, the brain “needs adequate proteins and other nutrients to make the chemical compounds that we see as prerequisite for emotional balance. So, this is the start.”

If you’re doing well in those areas but still struggle with depression, there is a range of other options to treat depression without meds that have been found to be helpful.

1. Cognitive Behavioral Therapy (CBT). “From my biased perspective as a psychotherapist, I believe that all depressed patients should try a strong evidence-based psychotherapy like CBT as their first choice of treatment,” says Desmond Oathes, PhD, assistant professor of clinical psychology at the Perelman School of Medicine at the University of Pennsylvania.

Psychotherapy teaches patients new skills that can help them take control of their symptoms and manage stress better, and research suggests that it works as well as antidepressant medication and may benefit patients for a longer period of time after treatment ends.

A main goal of CBT is to help patients change negative behaviors and ways of thinking that are linked to depression. Tevin Blackwell often thought the worst when things didn’t go his way. If a friend didn’t return his call, for example, he would automatically focus on thoughts like, “No one likes me.” With CBT, he has learned to think more rationally and remind himself that there are lots of reasons someone might not return a call, and that it doesn’t mean people don’t like him.

2. Acupuncture. Acupuncture is a traditional Chinese medicine technique in which thin needles are inserted into the skin at specific points on the body with the aim of balancing the flow of energy in the body to reduce symptoms of various conditions, including pain, insomnia, and depression. Some acupuncturists suggest using the technique to complement psychotherapy.

A Cochrane review of studies suggested that this approach may reduce depressive symptoms more than usual treatment or no treatment. However, the review noted that comparing the effects of acupuncture to medication and psychotherapy is unclear because of low-quality evidence. But there appear to be fewer side effects with acupuncture than with antidepressant medications.

Two studies even showed that acupuncture was an effective treatment for pregnant women with major depression disorder – with the same rates of adverse events as those who received massage. In other words, this treatment appears to be quite safe. The most commonly reported side effects are soreness or slight bleeding or bruising in the areas of the body where the needles were inserted.

3. Supplements. Researchers have demonstrated the benefits of some dietary supplements on depressed mood. “There are herbs that boost the levels of chemicals in the brain that are linked with improvement in depression,” Dr. Smith explains. A 2016 review of 35 studies involving St. John’s wort found it to be as effective as antidepressants, but with fewer side effects, in those with mild to moderate depression. However, its effectiveness in those with severe depression is uncertain. Jennifer Keely turned to the herb after trying two different antidepressants and finding that they made her feel “emotionally numb,” and she has noticed a big difference in her mood.

There is one major downside to St. John’s wort: It can interact with many drugs, so the use of this herb in patients who take medications should be carefully planned and monitored by a healthcare professional. “Herbs sometimes get a bad rap for causing interactions, although there is far more documentation about drug-to-drug interactions,” Dr. Fraser points out. “All the same, consumers should take the risk of an herb-drug interaction seriously and tell their healthcare providers what they are using – including over-the-counter drugs and dietary supplements.”

While St. John’s wort has the strongest evidence so far for improving depression, other supplements, such as S-adenosyl-L-methionine (SAMe) and omega-3 fatty acids like those in fish oil pills, have also shown promise for this purpose.

4. Repetitive transcranial magnetic stimulation (rTMS). “For patients with severe depression that don’t respond to therapy or medications, there are a variety of options ranging from less to more invasive,” says Dr. Oathes. On the non-invasive side, rTMS is a technique provided on an outpatient basis that does not require anesthesia. This FDA-approved treatment delivers magnetic pulses to the brain to stimulate nerve cells that influence mood and depression.

Results of numerous studies indicate that rTMS is safe and effective for many patients who do not get better with other types of treatment. When side effects occur, they are usually mild and include headache and scalp discomfort where the stimulation took place. “Risks also include the possibility of inducing a seizure, but this risk is extremely small in people who have been medically screened and cleared for rTMS treatment,” notes Dr. Oathes. “Treatment with rTMS requires sessions five days a week for more than one month and possible booster sessions, which is not an option for everyone.”

5. Electroconvulsive therapy (ECT). ECT is a moderately invasive approach in which patients are given a shock (hence the term “shock therapy” that ECT was known as in the past), resulting in a seizure while under anesthesia. “Although this looks scary and has been given a negative stigma due to memory problems – usually temporary – that it can induce, this treatment is effective for severe cases,” says Dr. Oathes. “Benefits include possible dramatic symptom relief in six to 12 sessions.”

By some estimates, ECT is effective for 64–87% of patients with severe major depression. Since ECT was first invented in the 1930s, it has become much more refined and safer. For example, less electricity is now used during the procedure.

“Depression is common and treatable, but there are many patients for whom standard treatments do not work,” states Dr. Oathes. Fortunately, the approaches described above offer hope for individuals who do not respond to antidepressant medications or for whom side effects are too severe, as well as those who prefer or require a non-pharmacological option.