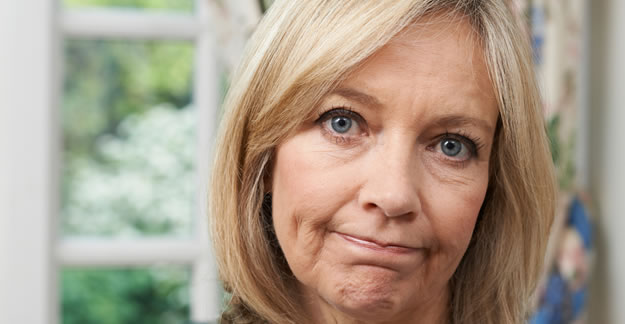 Abilify (aripiprazole) was developed to treat schizophrenia — but only 1% of Americans have schizophrenia.  A few years later it was approved for use in bipolar disorders, which about 1.5% of all Americans have. It was never going to be a blockbuster drug for its owner, Bristol-Meyers Squibb, with such a small pool of potential patients. When the FDA approved Abilify as an add-on drug for depression, Bristol-Myers Squibb started advertising to the public and, despite many serious side effects, the drug shot up to the top of the sales charts.

How much Abilify? $6.5 billion worth in 2013. I asked Dr. Candida Fink: Why are people taking so much Abilify? Are people that depressed? Dr. Fink (pictured below) is an expert in bipolar disease, who is a board certified child and adolescent psychiatrist specializing in several areas including mood and anxiety disorders and dual diagnoses of developmental disabilities and mental illness. She pointed out that 16 million people have depression; it’s a significant and lethal disease.

Abilify is prescribed for some children with ADHD or autism.

Video Q&A with Dr. Candida Fink: How Does Abilify Work?

See Also: Video Q&A, Part 2: Is Abilify Worth the Risks?

Abilify is a “second generation” antipsychotic and is thought to  re-balance dopamine and serotonin to improve thinking, mood, and behavior. Yet the many side effects could impact the quality of your life.

Abilify is now available in a pill called Abilify MyCite. The pill has a sensor that sends a digital signal to an external patch that sends a message to a phone app to confirm that a patient has taken the medication.

My interview with Dr. Fink is on video in 2 parts: Part 1, How Abilify Works, above, and Part 2: Is Abilify Worth the Risks?  Below is some of the information from Part 1, paraphrased and shortened along with other important studies that were published after this interview. I urge you to watch the 2 videos — together they paint a picture of a dangerous drug that needs to be carefully monitored and used only as part of a total mental health program.

One of my major concerns when researching Abilify was if consumers are swayed by the $121 million of advertising Bristol-Myers Squibb spends on promoting it each year. When I asked Dr. Fink about the role of advertising, she admitted readily that “the advertising is everywhere,” adding, “The effects of the advertising are very vivid to me, I see it all the time. I talk to my patients about making the best decision for them and not rely on advertising. But that’s certainly a big part of why Abilify is selling as much as it is — because of the advertising.”

Monitoring for Dangerous Side Effects

The laundry list of side effects runs by so quickly on TV and is so hard to read in the package insert, that I wondered which side effects does she see regularly.

“One of the most common is akathisia … motor restlessness, the feeling that you’re going to jump out of your skin… That’s one of the more common reasons we stop it.

“Another important side is effect is changes to your metabolism. Changes to how we use glucose and insulin and our cholesterol. It creates some increased risk of developing type 2 diabetes. And it definitely carries some risk of weight gain, less than some other drugs, but it is significant and it is real. Other concerns that come up – sometimes people feel a little sedated or on it, often that comes and goes within a few weeks of starting the medication but it can persist.

“Like any medication used for depression we do watch for development of suicidal thoughts. Pretty much any intervention for depression and early treatment including psychotherapy can lead to increased rates of thinking about suicide. We don’t know why that is, but we to be aware and we have to be monitoring.”

The FDA warns that compulsive or uncontrollable urges to gamble, binge eat, shop, and have sex have been reported with the use of the antipsychotic Abilify. These urges were reported to have stopped when the medicine was discontinued or the dose was reduced. Impulse-control problems are rare, but they may result in harm to the patient and others if not recognized. A search of the FDA Adverse Event Reporting System (FAERS) database and the medical literature since the approval of Abilify in November 2002 identified a total of 184 case reports in which there was an association between aripiprazole use and impulse-control problems.

The researchers first divided the patients into cohorts according to the severity of metabolic side effects from the long-term antipsychotic use, grouping them as low, intermediate and high. Then they looked at cardiovascular events as related to the metabolic groups. The results showed that 19.6% of the intermediate and high groups faced a high risk of experiencing serious cardiovascular events, such as acute myocardial infarction, acute coronary syndrome, ischemic stroke or peripheral artery disease.

By cruising around chat rooms on the internet, I found people who were taking Abilify complaining about the following side effects:

Side effects like headaches, feeling spacey, drowsiness/fatigue, insomnia and nausea generally go away in a couple of weeks.

Tardive dyskinesia (TD) is a side effect that develops with prolonged use of antipsychotics (six weeks or longer). TD causes uncontrolled or involuntary movements, like twitching, grimacing, and thrusting. The risk is lower with Abilify and second generation antipsychotics as compared to the first generation.

Children who exhibit severe defiant and disobedient behavior that are treated with antipsychotics may have an increased risk of gaining weight as well as developing insulin resistance and other related conditions, a new study suggests.

For about 4 years, researchers examined 144 children between the ages of 6 and 18 who had disruptive behavior disorders. Around 56% of the kids had a primary diagnosis of ADHD with irritability and aggression that was “insufficiently responsive to prior therapy.” During this randomized clinical trial, the children were treated with antipsychotics for 12 weeks and received oral Abilify (aripiprazole), Zyprexa (olanzapine) or Risperdal (risperidone).

The results, published in JAMA Psychiatry, found that children who were treated with antipsychotics for the first time experienced clinically significant increases in body fat over the course of 12 weeks. Total body fat increased by 1.18% for children taking Risperdal, 1.66% for Abilify and 4.12% for those taking Zyprexa.

Reductions in insulin sensitivity — leading to an increase in blood sugar levels — were also observed during the study.

The atypical antipsychotics Abilify (aripiprazole) and Risperdal (risperidone) are approved by the FDA to treat irritability in children with autism. A research team enrolled 60 children and adolescents between the ages of 6 and 17 with autism. Children were also taking an atypical antipsychotic for at least a month and experienced at least a 7% increase in body mass index (BMI) since starting the medication. The children were then randomized to receive either placebo or metformin. Those on the placebo saw no change in the BMI, while those on metformin experienced a statistically significant change, the researchers reported in JAMA Psychiatry.

Pregnancy and Side Effects

Women prescribed antipsychotics during pregnancy often worry about the affect on the developing fetus and there isn’t much information on it. However, this study on gestational diabetes from The American Journal of Psychiatry indicates Abilify doesn’t cause gestational diabetes. Researchers looked at 1,543,334 nondiabetic pregnant women who were enrolled in Medicaid between 2000 and 2010. These women received at least one antipsychotic medication during the 3 months before pregnancy. Among the 1.5 million pregnancies, 1,924 were taking Abilify (aripiprazole), 673 ziprasidone (Geodon, Zeldox, Zipwell), 4,533 quetiapine (Seroquel), 1,824 risperidone (Risperdal) and 1,425 olanzapine (Zyprexa). The results indicated that two of the five antipsychotic medications were associated with an increased risk for gestational diabetes. Women continuing to take quetiapine had a 28% increased risk, while the continuation of olanzapine led to a 61% increased risk of the disease. The other antipsychotics analyzed — aripiprazole, ziprasidone and risperidone — did not elevate the risk of gestational diabetes. Those who continued the medication had a wider absolute risk range for the condition (4.2%-12.0%) compared to those who stopped using the medication altogether (3.8%-4.7%).

A very unusual side effect was explored in a study listed in PubMed (part of the NIH). It reported on 3 cases of pathological gambling in people with no history of gambling. The pathological behavior disappeared as soon as the drug was stopped.

if there are so many problems with Abilify, why do doctors prescribe it and why do people take it? Please come back on Nov. 11 for Part 2 of our fascinating interview with Dr. Fink on Abilify, Is Abilify Worth the Risks.