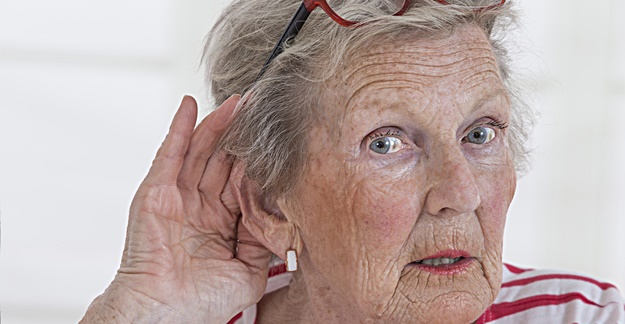 Have you heard the one about the 90-year-old patient who tells the doctor his right knee hurts? The doctor says, “You’re 90. What do you expect? You’re going to have joint pain.” The patient replies, “Well, doctor, that’s an interesting concept, but you know my left knee is the exact same age, and I have no problem with that one.”

“Many of the common problems people think about as a normal part of aging [like cognitive impairment, vision loss or urinary incontinence], actually aren’t,” says Bei Wu, PhD, a health and aging researcher at New York University.

Is It Your Age or Drugs Knocking You Down?

Falls are always a problem, says George Grossberg, MD, a geriatric psychiatrist at the St. Louis University School of Medicine. In fact, falls are the No. 1 risk factor that causes patients to end up in a long-term-care facility, such as a nursing home or assisted-living institute. If you fall because your strength is waning, increasing your physical activity can make you stronger. You may have untreated vision issues, too. They could be a symptom of illness like Parkinson’s or multiple sclerosis. However, in many cases, it’s a sign that your healthcare provider needs to review — and possibly reduce — your medicines.

Several common medications can cause falls, especially in elderly patients. The CDC recommends that you track your medications, to make it easier to discuss them with your doctor. Both Grossberg and the CDC emphasize that you should factor in not only prescription medications, but also over-the-counter ones and supplements.

Some of the medicines most often linked to falls are those that:

Cognitive issues in old age can range from a frustrating “senior moment,” when you blank on a small detail that’s “on the tip of your tongue” to routinely forgetting many things or people, which can indicate seriously debilitating dementia. While dementia is relatively common among the elderly and treatment options are limited, Grossberg says, he always checks first for other — ideally treatable — causes.

One cause of cognitive issues is thyroid dysfunction, which is common in the elderly, especially in women over 60. Treating hyper or hypothyroidism can reverse cognitive symptoms.

And, along with infections, some frequently used medications can cause cognitive impairment. Examples include drugs that treat anxiety, high cholesterol, seizures, depression, pain, Parkinson’s disease, hypertension, insomnia, incontinence and allergies. In many cases, if you are experiencing cognitive impairment, your healthcare provider can prescribe alternative medications or treatments.

Aid the Ears, Aid the Brain

Progressive hearing loss is more likely to be a consequence of aging than of a disease. In many cases, hearing aids are the answer. “A lot of older adults who could benefit from hearing aids or from some type of assistance are not getting that kind of help,” says Grossberg, which is troubling because untreated hearing loss is a risk factor for dementia.

Going Too Much or Too Little?

But as we age, women’s bladders tend to shrink, while men’s prostates tend to grow. For both, the result is more frequent trips to the restroom. Rather than using drugs, Grossberg suggests that you first set up a urination schedule: try to use the restroom only every two hours (except when sleeping), even if you don’t feel like you have to. This may minimize the likelihood of small accidents.

Know also that urinary incontinence doesn’t have to be a sign of aging. A urologist can discuss a number of treatments, other than taking medicine, that address or eliminate leakage. They include wearing odor-reducing pads to collect overflow, practicing pelvic floor (Kegel) exercises to strengthen muscles and having surgery.

Even more common in older adults than frequent urination are infrequent bowel movements. Constipation, explains Grossberg, is so common because peristalsis, the wavelike motions that move food through the intestines, slows down as you age. Laxatives can help, but they aren’t usually meant for long-term use and can cause bloating, diarrhea, dry mouth, dehydration or even increased constipation. Before relying on them, Grossberg and Wu both say you should consider drinking more water, eating more vegetables and increasing your physical activity.

“Is it because of the medications that they take? For example, antidepressants can also potentially cause constipation, so can not exercising enough,” adds Wu. “If we don’t know the causes, then we can’t know the solution.”

Finally, more than half of adults 65 or older report pain, which can interfere with activities of daily living like housework, walking and dancing. Grossberg says many people are “taking ‘bad’ drugs for pain, whereas they could be taking more benign medications that might be useful without the side effects.”

Opioid painkillers, for example, can cause cognitive impairment and respiratory depression. Elderly people taking opioids are four to five times more likely to fall or have a fracture than those who take ibuprofen. But even ibuprofen can cause bleeding in the digestive system and contribute to an increased risk of heart failure.

It’s important to keep in mind also that pain that comes on suddenly or affects only one side of the body may be a sign of injury or illness.

I Can See Clearly Now

Christine Swenson stopped driving after dark by the time she hit 50 years old. When she still worked in an office full time, she’d leave early during the winter so she could get home before sunset. She was afraid to drive at night because she couldn’t see well, which she always chalked up to aging. Her situation did an about-face 15 years later, when an ophthalmologist diagnosed her with cataracts, a common but treatable condition that clouds the vision of many older adults, according to Grossberg.

One eye at a time, Swenson underwent cataract surgery, a procedure to replace a cloudy lens in the eye with a clear one. The surgery improved more than her night vision; she stopped using glasses during the day, too.

“There’s no doubt [there are] normal age-related changes with both [vision and hearing loss]. The degree is going to vary from person to person,” says Grossberg. Grossberg  said that he was recently told by his ophthalmologist that he’s forming a small cataract in one eye, but wouldn’t have to do anything about it for several more years. While cataracts are very common — by age 65, nearly a quarter of adults have cataracts, and by age 80, more than half. As in Swenson’s case, cataracts can be dealt with by undergoing a minor outpatient procedure. However, there are more serious vision problems to monitor.

Particularly common is glaucoma. It is damage to the nerve that connects the eye to the brain. If glaucoma is caught early, it can be managed with eye drops, laser treatment or surgery, but there is no cure. Like cataracts, glaucoma causes you to lose vision gradually, making it especially difficult to identify without regular eye exams.

The leading cause of blindness in patients over 50 is age-related macular degeneration (AMD). Much like the glaucoma and cataracts, you usually experience a gradual loss of vision.

If you’ve been diagnosed with macular degeneration, your doctor can treat your eyes with injections of anti-vascular endothelial growth factor (anti-VEGF) — molecules that prevent blood vessels from growing in your eyes, which decreases the likelihood that one will leak. In some cases, your vision can improve after anti-VEGF injections. A study from the National Institutes of Health also suggested that certain supplements — vitamins C, E, beta-carotene, zinc and copper — can help prevent sudden blindness in patients already diagnosed with AMD. Many multivitamins contain these nutrients, but the NIH advises using specific doses of them, listed below.

**Not recommended for current or former smokers

As Swenson says, she lived with cataracts for years and “had no idea how bad her vision really was,”until she had her surgeries. Her Medicare insurance covered the majority of her treatment costs.