Are You Allergic to the Drug Or to the Binding Agent? 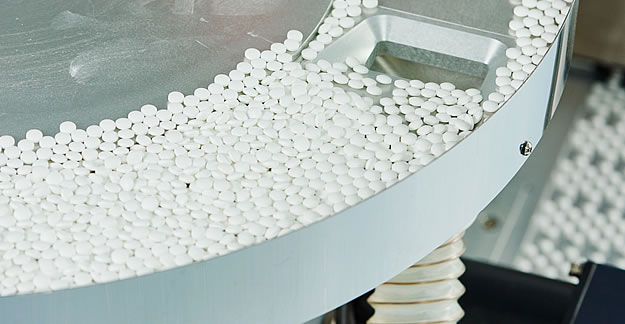 Learn what binding agents are and why they — not your medication — may be causing your reaction.

In the ’90s, a customer walked into Norman Tomaka’s pharmacy and told him she didn’t want to take her thyroid medication anymore. Tomaka spent the next 15 minutes asking why: What about her medicine didn’t feel right? Were there other times she also felt that way? Then he called the drug’s manufacturer, who confirmed what Tomaka had begun to suspect: The company put wheat in its pills. His patient wasn’t allergic to the actual medication: She was allergic to gluten.

Today, Tomaka is media liaison for the American Pharmacists Association. He’s also a big advocate for binding agent allergy awareness. Binding agents hold chemicals together into a form that can be injected, applied, or swallowed, and are listed as inactive ingredients on the drug label. These agents can be anything from the polyethylene glycol that holds together a tablet to the gelatin forming a pill capsule.

In the ’90s, learning which binding agents were in a drug was problematic. “It was not easy,” Tomaka says, explaining how you had to phone the manufacturer, then wait for them to look it up. For his thyroid patient, it took 3 hours after Tomaka’s call to get an answer.

Not only is information easier to retrieve, but there’s not nearly as much gluten in medications as there used to be. “Years ago, we used to use wheat starch routinely,” he says. Today, “it looks better to put ‘gluten-free’ on [a label] than to list wheat as your ingredient.”

Wheat may have fallen out of popularity, but allergist and immunologist Dr. Purvi Parikh says sulfates and phosphates are the binding agents with the highest allergy incidence today. “There’s hundreds of thousands of binding agents,” she adds. “With any synthetic chemical, there is some type of risk of you developing an allergy.”

Whose responsibility is it to make sure no one goes home with something they’re highly allergic to? ‘The pharmacist,’ says Tomaka. ‘We’re the drug people.’

I’m not allergic to phosphate, but I am allergic to sulfur, which makes it hard to treat everything from eye infections to attention-deficit hyperactivity disorder (ADHD). Not only is sulfur (or one of its forms) in some eye drops and Adderall, it’s in chemotherapy treatment, Neosporin, the antibiotic Bactrim, yeast infection pill Azo Plus — the list goes on. Heaven forbid I actually have a reaction to something and reach for my rescue inhaler, which used to be Albuterol: Now it has sulfate too! According to Tomaka, you can take something for years, just to have the drug’s manufacturer change. A change in who makes it often changes what they use as binding agents.

With Albuterol, Parikh says the change in the binding agent was necessary for “the molecule to get deeper into your lungs.” With other prescriptions, though, the manufacturer may want to save money, and the agent helps them make more than they could without it. “It may not always be necessary,” she continues. “For some medications it might be, but then we’re able to get certain medicines without the binding agents, with other alternatives.”

Brand-Name Drugs and Their Generics May Differ

She notes that the name brand and the generic may contain different binding agents. But a true alternative, Tomaka suggests, is custom manufacture: “If you are truly, highly allergic [to a binding agent] and there is no commercial product available — and it can be compounded — there are custom compounding pharmacies that can make many medications.” The trick, though, is getting insurance to agree when you call for preauthorization. The representative may be understanding about the binding agent allergies issue — or may not.

For example, we now live in peanut-conscious times but, until recently, peanut oil was in a popular inhaler for COPD (chronic obstructive pulmonary disease). “A lot of patients that have COPD might have an underlying, light allergy to peanuts” that they don’t even know of, Tomaka says. “But if they’re using this inhaler sometimes up to 3 times a day or 4 times a day, the reexposure could be more than even if you ate a couple peanuts a couple times a day.”

I have never gone into anaphylactic shock from a binding agent allergy, which Parikh says can happen if someone who’s allergic to gelatin takes certain vaccines. But I did learn Adderall has sulfate in it the hard way: I took it once for ADHD and had difficulty breathing, hyperhidrosis (excessive sweating) and hallucinations.

As I later told my doctor and pharmacist — who both knew I was allergic to sulfur before prescribing and dispensing Adderall — it would have been great to have known that was in there beforehand.

“Whose responsibility is it,” I asked Tomaka, “to make sure no one goes home with something they’re highly allergic to?”

Earlier in the interview, Tomaka had stressed how important it is for a patient to share all allergies — and their reactions — with both doctor and pharmacist. But to this question, he answers, “The pharmacist. The concern here is the physician may not have a database,” he explains, so the doctor may not know everything in there. “We’re the drug people.”

How Do You Know If You’re Allergic?

So how do you know you’re allergic to the binding agent instead of to the medication it binds? In my case, a Google search revealed the 2 sulfate compounds in Adderall: dextroamphetamine sulfate and amphetamine sulfate. You can also ask your pharmacist for the full FDA label, which should include all ingredients. Note not all organic or over-the-counter drugs are FDA approved and, as such, are less likely to list everything.

When you don’t already know about an allergy, though, Tomaka says identifying the true offender is a process of elimination: “I ask what happened.” For example, if your mouth or tongue swells within minutes of taking a pill, you’re likely allergic to the capsule itself instead of the drug in it.

For a select number of agents, there are also tests. “Cobalt is a binding agent that we see people allergic to quite frequently,” Parikh says, explaining it’s often in vitamin B12 shots and pills. “That, we can test for.”

Parikh says, “If you have multiple medication allergies to a variety of different medicines that may seem very different from one another, the common link might be the binding agent. It’s very rare to be allergic to many different types of medicines. There’s usually one factor tying it all together.”

The article was very informative as I am very allergic to Sulphur (Sulphate). I am having trouble with the binding agent having Sulphate in them. eg. Motilium and anything else I can take to help with my swallowing disorder I cannot take as they all have Sulphate as a binding agent.

I suddenly had an allergic reaction to a medication that I must take every day, a medication that I have been taking for several years now. Unfortunately, my physicians were not helpful . . . didn’t even believe me 🙁 Thank goodness for articles such as yours, for after doing extensive research online I discovered the reason for my allergic reaction: I am allergic to sulfa/sulphates and the binding agent or “filler” that the particular manufacturer was using was sulfa based! A very helpful Pharmacist corroborated my findings, and has assisted me immensely. Thank you so much for publishing your article!

Hello, thank you so much for this article. I have been on ADD Meds for quite some time and have a Sulfa allergy. Since going off the meds and back on again, I notice that my allergies ramp up and I got sick with mold illness. I am wondering how to work with a pharmacist as a patient? It seems they barely will give me information on what drugs they carry, alternative options and how to order other drugs? Also, how does one work with the insurance company to get pre-authorization?