Going Under: Potential Side Effects of General Anesthesia 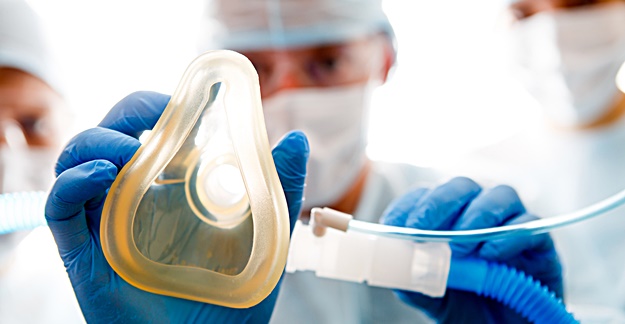 Anesthetics, and in particular the inhaled ones used to put patients “under” for surgery, are considered one of the most important medical advances in history, essentially opening the door for the entire modern field of surgery. There are an estimated 46 million surgical procedures done each year in the US, and yet anesthetics — which make nearly every one of these surgeries possible — remain among the potentially most toxic and poorly understood of all drugs.

This doesn’t mean that undergoing anesthesia — essentially a reversible loss of consciousness — is unsafe. According to the American Society of Anesthesiologists (ASA), there is only one death from anesthesia-related causes for every 200,000 to 300,000 anesthetics administered, meaning that a person is about 40 times more likely to be struck by lightning than he or she is to die from an anesthesia-related complication.

Anesthetics are, however, very toxic in the sense that they have a low “therapeutic index.” In other words, there is a relatively small difference between how much drug needs to be given for it to be effective and a dose that is fatal.

And while the short-term side effects of anesthesia are modest and manageable, there are indications that long-term effects are possible, especially cognitive ones. Patients are questioning anesthesia more. A 2010 survey conducted by the ASA found that the vast majority — 75% — said they had concerns about the use of anesthesia during surgery.

Anesthesiologists, and in some cases nurse anesthetists, use four different types of drugs in general anesthesia: induction medications to produce unconsciousness; analgesics to provide pain relief; muscle relaxants to induce muscle relaxation; and inhalational anesthetics to keep a patient unconscious.

“In general, we use several drugs at a time to achieve different things,” said Mark Neuman, MD, an associate professor of anesthesiology and critical care at the University of Pennsylvania. “Each category has a unique set of risks and benefits, but what’s happened is that over time, we’ve been through several generations of drugs in each of these categories and they have much lower risk profiles than the ones we used years ago.”

Not all surgeries require complete unconsciousness by the patient, and in those cases regional or local anesthesia may be used. These alternate approaches only cause loss of sensation in a targeted body part, such as a regional spinal block used for caesarean section during childbirth, for example, or a local anesthetic delivered directly to the nerves of a single tooth during a dental procedure.

That being said, they’re not necessarily safer. “Regional or local anesthesia isn’t necessarily ‘less’ than general anesthesia, it’s just different,” said Dr. Neuman. “Comparing [the use of] general to local or regional anesthesia is an area we’re actively investigating, but we don’t [have] the answers just yet. It’s not a less/more dichotomy. It’s a different set of risks.”

Quite often, the surgery determines the anesthetic approach. For example, surgery on the lungs or heart requires general anesthesia. But a knee replacement could employ either approach, and in those cases the “decision is based on a patient’s medical history and also based on their preference in terms of what they’d rather experience,” Dr. Neuman said. “Patient preference is always a very important consideration here.”

With the short-term side effects of general anesthesia, a patient might feel groggy or confused when they first wake, particularly if they are older. Other common side effects include nausea, vomiting, dry mouth, sore throat, shivering, sleepiness and mild hoarseness.

“The risk of dying during general anesthesia in a typical hospital today is exceedingly low,” said Roderic Eckenhoff, MD, the Austin Lamont Professor of Anesthesia at the University of Pennsylvania. “We’re good at the acute side effects of general anesthetics.”

But anesthesiologists are now grappling with a new and previously unrecognized problem — long-term cognitive issues.

“The idea though that general anesthesia and/or surgery could be associated with longer-term effects that last well beyond the period of the surgery itself is new,” Dr. Eckenhoff added. “That’s something that has developed over the last 15, 20 years and has really become a hot topic in perioperative medicine and anesthesiology.”

Anesthesiologists observed from patients, as well as in studies, that some patients reported they “couldn’t think quite so clearly,” after anesthesia. Or their caregivers said, “They were never the same.” According to Dr. Eckenhoff, “They just had cognitive problems after anesthesia that sometimes persisted for a very long time.”

Since then, researchers have tried to understand the cause. “What we’ve sort of settled on — and I wouldn’t say this is proven by any means yet — is really the inflammatory process that results from surgery interacting with a vulnerable brain,” said Dr. Eckenhoff.

“And what I mean by that is, a brain that’s made vulnerable by aging, genetics, comorbidities or [a patient’s] environment, so that their brain is vulnerable to an insult and the insult is provided by the surgery. The surgery then accelerates whatever is going on in their brain to produce this cognitive decline that we see and our patients tell us about.”

Though it’s only recently been recognized, relative to the long history of anesthesia use in the US, these long-term cognitive effects after anesthesia and surgery are significant. “Patients are actually angry sometimes that nobody ever told them that this might happen,” Dr. Eckenhoff said. “This is a big problem — it’s the single most common side effect of anesthesia in surgery, and we’d like to understand it better.”

Preventing Side Effects of General Anesthesia

Risk factors that often lead to complications during anesthesia are similar to those for surgery. Being overweight, having high blood pressure or diabetes, or a history of alcoholism or smoking, make general anesthesia riskier for the patient.

However, some are specific to anesthesia, such as a previous bad reaction to an anesthetic agent. Previous seizures or drug allergies also put patients at increased risk. And frailty, or a decline in the ability to cope with physical stressors that comes with aging, is now emerging as a risk factor for complications.

“The only thing that’s universally important to do is to make sure that the anesthesiologist that is taking care of you is clearly informed of all the medical issues that you’re bringing to the table and has an understanding of any particular concerns that you might have,” said Dr. Neuman. “Communicating those things to your anesthesia team is really important. That’s one thing that an individual can do — [make sure] their medical story is communicated effectively.”

After my general anaesthetic I experienced memory loss, hallucinations and disorientation.
If possible I would never have this type of anaesthetic again, but would have a spinal block if that would solve the problem

I have little doubt that general anesthetic is responsible for wrecking my life. After my hip replacement, over two years ago I experience a never ending daily fatigue that a couple of doctors labelled as chronic fatigue syndrome. Everyday in the afternoon I go into deep, ugly, soul sucking sleep for a couple of hours then wake up foggy and disoriented which takes me another couple of hours to shake off. I experienced this on my first days home after returning home from the operation and it never stopped. I also experience slight physical imbalances and general fatigue. I had to quit work because I could not stay awake and I was not thinking clearly. I can barely take care of myself.

Hi John. I had a couple surgeries within past 6 months for throat cancer on a vocal cord. The first went well… with no notable side effects. the 2nd was a terror.. hallucinations maybe (?). confusion for sure and I’m not sure what really happened; but my friend says I sounded “paranoid”. THAT scared me… still does!

I fell off a ladder age 4. cracked my skull open. They put me under. Date 1977. I am 50 now. Just realizing side affects. Not to bothered about it. But it explains everything. Graduated highschool 25. At 29 i got 2 degrees in computers. I formed new ways of learning. I am high functioning. I work learn create on a genius level. I dont mind being a broken head. lol