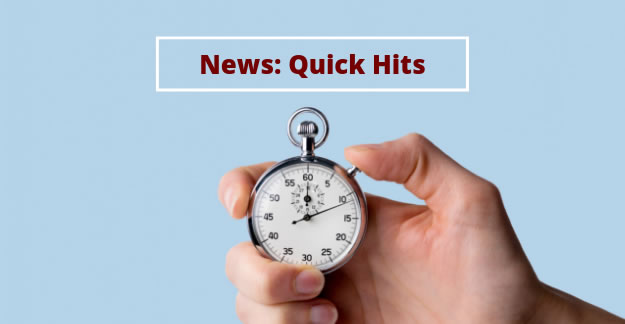 The FDA released an update regarding the association between breast implants and lymphoma. The agency is reporting that they are aware of 414 cases of BIA-ALCL, a rare T-cell lymphoma that can develop following breast implants. Also, studies estimate that the lifetime risk of developing BIA-ALCL for patients with textured breast implants ranges from 1 in 3,817 to 1 in 30,000. This new update does not sway the FDA’s recommendations regarding breast implants. The agency believes that getting breast implants is a “very personal decision” that should be made after carefully evaluating all of the risks and benefits. Published March 21, 2018. Via FDA.

One in 4 commonly used drugs can impact gut bacteria, leading to antibiotic resistance, according to new research from the European Molecular Biology Laboratory. Researchers screened over 1000 drugs currently available on the market and tested their impact on 40 strains of bacteria from the human gut. The results showed that 24% (250 out of 923) of non-antibiotic drugs affected the growth of at least one strain of bacteria in vitro. Published March 19, 2018. Via Nature.

A new daily oral contraceptive developed for men is safe and effective, a small study suggests. Researchers from the University of Washington shared the promising results of the small clinical trial that examined the experimental contraceptive known as dimethandrolone undecanoate, or DMAU. The new pill is said to lower testosterone levels and other hormones involved in sperm production. The research team examined 83 men between the ages of 18 and 50 who took DMAU daily for about a month. The results indicated that those taking the highest DMAU dosage had significantly lower testosterone levels along with two drastically suppressed hormones essential for sperm production. One caveat associated with the results is that the men only took the pill for a month. Published March 18, 2018. Via Endocrine Society.