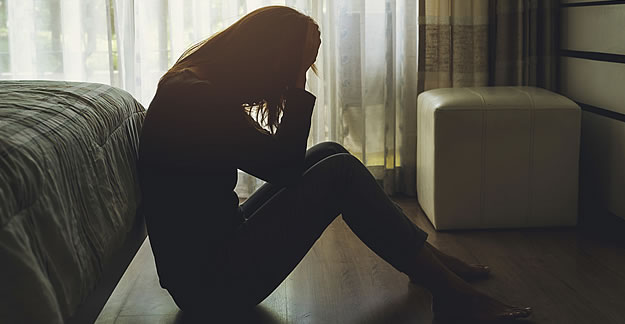 All medicines come with side effects, some good, some bad. The corticosteroid prednisone is no exception. Prednisone has life-saving anti-inflammatory properties. But this miraculous drug is also known to have sinister side effects.

Most doctors will warn patients about weight gain, body hair growth, insomnia, acne, nausea, headache and redistribution of fat to various parts of the body. (Typically, these side effects are minor but increase with longer-term use. See Need to Know: Corticosteroids.) Corticosteroids can ever affect your bone density.

But too few patients are warned about the psychological side effects of prednisone, and patients can be surprised and confused.

Prednisone affects areas of the brain that manage the regulation of different neurotransmitters, including serotonin and dopamine — the “feel-good” hormones. Feeling happy is a great side effect some people feel with prednisone. Other responses are more menacing, especially if you don’t know what to expect. The delayed effect I had to prednisone was startling and scary.

I was prescribed a 19-day high-dose course of prednisone to treat a severe allergic reaction. I was warned about the possibility of developing insomnia and several of the other physical reactions. Nothing was mentioned about a possible psychological response. When insomnia struck, I just went to the doctor to get a sleep aid. When I completed my course of prednisone without any other side effects, I thought I was in the clear. I was wrong. My prednisone problems were only beginning.

‘It’s important to know what may happen to you. A lot of doctors will talk about the physical side effects, but not the psychological ones.’

Five days after my last dose, I was struck with sudden shortness of breath. I thought I was having a heart attack and went to the hospital. The doctor determined that my heart was fine, and diagnosed me as having had an anxiety attack. Neither the doctor nor I made a correlation between the prednisone and the anxiety attack. I’d never had an anxiety attack before, and felt like it had come out of the blue. I had not been battling any anxiety prior to the shortness of breath.

Over the next month I continued to have smaller versions of the episode, resulting in many doctor visits. Finally, I was urged to see a psychiatrist about my recurring anxiety.

When I told the psychiatrist about my allergic reaction, which had ended 2 months ago, and my prednisone treatment, she reassured me that my anxiety was an expected side effect of the drug.

While reassuring, it would have been nice to know that sooner. Not only could I have avoided many doctor visits and saved a lot of money in additional tests, I would have suffered much less. Looking through my medical charts, I saw my providers began to describe me as an “anxious” individual and did not seem to take my concerns seriously.

A case study describes a 45-year-old woman with no past history of mental illness. She was being treated with prednisone and started reporting severe mood swings. Her symptoms were similar to severe bipolar disorder. It was determined that her psychiatric condition was prednisone-induced.

Yes, There Are Upsides to Prednisone

Many people enjoy the benefits of prednisone and other corticosteroids when they elevate mood, creating a sense of euphoria and excessive energy. Lene Andersen, a rheumatoid arthritis sufferer, has occasionally taken the drug. “I tend to feel really good on prednisone,” she says. “When I went to a higher dose I had some depression, though I’m not sure that was from the prednisone.” 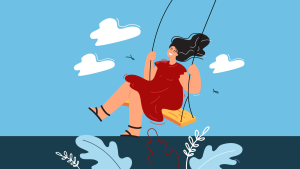 On the flip side, anxiety and irritability are a well-known side effect, she says.

“When we live with rheumatoid arthritis, we often put up with serious side effects because of the benefit of the drug,” she says. “When it comes to emotional side effects, see if there are other solutions rather than adding more drugs to combat the psychological effects.”

For example, rather than taking antidepressants to treat depression, find emotional support from friends to lessen the impact.

“Meditation cannot be underestimated,” she says. “It’s a way to take a deep breath and not get caught up in that spiral of emotional reaction.”

There are pros and cons to knowing all the adverse side effects to prednisone before taking it, she says. 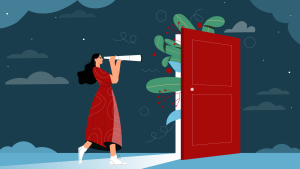 “But information is power,” she explains. “It’s important to know what may happen to you. A lot of doctors will talk about the physical side effects, but not the psychological ones.”

She urges those taking prednisone to ask friends and family to keep an eye on you. “Knowing what to expect psychologically may lessen the emotional toll of the side effects,” she says.