Can Cannabis or CBD Mess With My Meds? 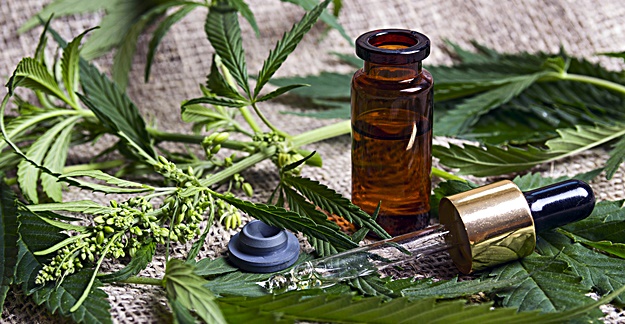 Legal or illegal, marijuana, cannabidiol (CBD) and related products are readily available to most people. These days, many patients are trying out the drugs, supplements, creams and edibles to treat diseases or symptoms like pain, anxiety and insomnia. According to a survey by Creaky Joints, a rheumatoid arthritis advocacy group, 52% of arthritis patients have used CBD or cannabis for medical reasons. Many others use them recreationally. Scientists are still working to figure out how cannabis interacts with other medications you may be taking.

Brandy Gomez-Duplessis, who lives with rheumatoid arthritis along with lupus, asthma and high blood pressure, says that “CBD hemp oil saved me.” She started the treatment in 2017, before she was able to get much guidance from healthcare providers. In addition to the oil, she avails herself of CBD creams and edibles for pain relief. It took “trial and error” she says, to find the right dose, one that didn’t make her sleepy or cause other side effects.

Research suggests that these treatments may help address certain conditions. However, partially because of its illegal status for many years, the treatments have been difficult to research. Scientists are just now starting to determine how cannabis and cannabis-derived products interact with other medications like antidepressants and anticoagulants.

Some interactions have been discovered via case studies, says Nina Bemben, PharmD, a pharmacist and senior content management consultant at Wolters Kluwer Health. “These case reports don’t provide us with evidence that the interaction between cannabis and the other medication caused the effect the patient experienced, but they are often an early signal of a potential interaction.” These reports may inspire researchers to investigate a possible interaction at a molecular level in Petri dishes or, on a larger scale, in more patients.

“We’ve seen influences with warfarin [Jantoven, Coumadin],” a drug used to reduce the risk of heart attacks or strokes by treating blood clots, says Paul T. Kocis, PharmD, a pharmacist at Penn State Health, who frequently works with patients prescribed the drug. “We’re monitoring a patient to find out that either she is smoking marijuana, or she is taking something over the counter because her friend recommended it. She has been doing it for a while, but never thought of it as a medication.”

CBD amplifies the effects of the blood-thinning drug. A case study published in 2017 showed that a 44-year-old man who was prescribed warfarin following heart surgery needed to reduce his dose by 30% after taking Epidiolex, a Food and Drug Administration (FDA) approved CBD product to treat epilepsy.

One of the challenges of understanding the interactions of cannabis products with other medicines is that aside from Epidiolex, “cannabis is not an FDA-approved drug. There is no official guidance about what medications might be contraindicated,” says Bemben. “We also don’t have official guidance about [what is] a dose of cannabis, which makes interpreting interaction information difficult.”

Still, many researchers are working to change both of these factors. At the 2020 PAINweek conference, researchers presented guidelines for finding the right dose of cannabidiol (CBD) or CBD and tetrahydrocannabinol (THC) for chronic-pain patients.

The two compounds in cannabis most likely to be used therapeutically are THC and CBD. Supplements may contain just CBD or both CBD and THC. THC is responsible for the drug’s psychoactive effects, like euphoria. The chemical can also cause headaches, dizziness, dry mouth, fatigue, cognitive impairment and increased heart rate and appetite.

According to the World Health Organization, CBD is usually well-tolerated with few side effects. If you do experience them, they’re most likely caused by an interaction between CBD and one of your medicines or supplements.

“The majority of interactions between medications and cannabis are ones where use of cannabis might increase the effects, including [the] side effects of the other drug,” says Bemben. “There are also some situations where cannabis might decrease the beneficial effects of another drug, which is the case for some antidepressants and even some chemotherapy agents.”

Cannabis and Other Drugs

Cannabis’ interactions with other drugs is what Kocis is seeking to understand. Last year, he and his team at Penn State published a study and launched a website that details how cannabis and other drugs may react to the other.

About a year and a half ago, Kocis says, his department chair asked him to put together a list of potential drug interactions with cannabis because some of their physician colleagues were getting questions. He thought it would be “just a handful [of quick information]. But the more I dug into it, the more I learned that there wasn’t a lot of information out there.”

He scoured package inserts that hold prescribing information for different classes of drugs. When he still couldn’t find much information, he turned to the FDA and DrugBank Online databases to put together a list of potential interactions based on how the body processes the drugs. He researched how the body dealt with each drug, then determined if cannabis was likely to interfere, either by amplifying or diminishing the drug’s effects. “It was a really innocent question that took [on] a life of its own,” says Kocis. His team has yet to investigate the other direction: how other treatments impact cannabis.

CBD, on its own or in combination with THC, is known to influence a family of enzymes called CYP450. The enzymes are responsible for processing drugs and other substances through the liver. In most cases, CBD inhibits CYP3A4, a particular enzyme in that family that helps your body clear drugs. When CBD inhibits this enzyme, other drugs stay in your body longer. That means the drug’s effects—and side effects—may be more dramatic.

In the 2020 study, Kocis and his team listed 57 medications that cannabis or cannabis-derived products may impact. To see the most updated version of the list, click the team’s website. The list is updated as new drugs are approved.

The team’s list only tells readers that cannabis may, in some way, interact with the drugs listed. Far more research is needed to understand how the drugs impact each other and if any of the combinations are dangerous. For now, Kocis says that if you’re using cannabis products along with another drug on the list, talk to your healthcare provider to make sure he or she is monitoring it for any potential effects.

“I would strongly encourage anyone considering using cannabis to discuss it with their prescriber and their pharmacist,” says Bemben. “This is the best way to know if you’re at risk of any drug interactions and what you might need to watch out for in terms of side effects.

“If the patient is taking cannabis for a medical reason or to treat a symptom,” she adds,  “I’d also recommend asking about whether there is any evidence to support that use. If there is, ask about how long it typically takes to see a response, and if there is a point at which you should stop using cannabis, either due to lack of effect or [to] side effects.”