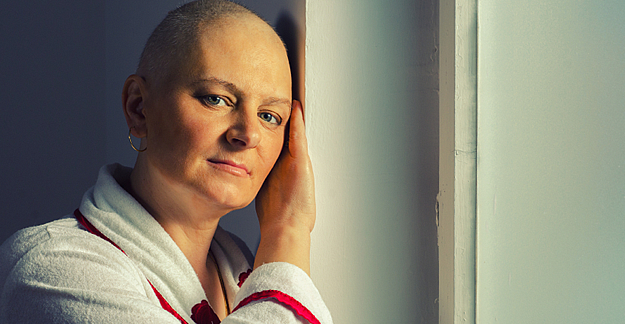 Often used in conjunction with radiation or surgery, chemotherapy is drug therapy tailored to each individual cancer patient with the aim of preventing cancer spread, slowing cancer growth and killing cancer cells. Unfortunately, it can bring a host of debilitating side effects. While you probably can’t avoid all of the chemo side effects, you can take steps to alleviate them.

Chemo for any type of cancer can cause problems thinking, concentrating or remembering things. A study on breast cancer patients found that about 50% complained of cognitive impairment after chemotherapy, but the good news was only 15-20% had objective, measurable cognitive decline.

Some patients, like Idelle Davidson of Los Angeles who underwent chemotherapy for breast cancer in 2006, experienced chemotherapy-related cognitive impact (CRCI). “After six rounds of carboplatin and docetaxel and then one year of trastuzumab infusions every three weeks, it was like a blanket of fog had descended over my brain. I couldn’t think straight. I couldn’t remember phone numbers, people’s names or calculate the tip on a restaurant tab. I got disoriented at shopping malls and directions made no sense to me,” said Davidson, who went on to co-author the book, Your Brain After Chemo, with Dan Silverman, MD, PhD.

Chemo is often part of a chain of medical interventions — surgery, anesthesia and radiation — all of which can have an impact on brain function, though most of them are temporary. So if you feel some “chemo brain,” try to give your brain some time to recover, as you do your body.

Who: According to Cedars-Sinai Healthcare System, up to 75% of cancer patients have experienced “chemo brain” during treatment, and around a third continue to deal with it after treatment has ended. It impacts both genders equally but women may report it more often because of the hormonal treatments given with breast cancer therapy.

When: Onset, duration and intensity vary with the individual.

What to do: Davidson, who also writes the blog YourBrainAfterChemo.blogspot.com, recommends:

During or after chemotherapy:

It’s not always the chemo

Cognitive problems aren’t always chemo side effects. They can also be caused by age or other cancer treatments like radiation or other medications. The National Cancer Institute suggests treating common related conditions like poor nutrition, anxiety, depression, fatigue and insomnia might help. Other possible causes: pain, emotional distress, using alcohol or other substances that change your mental state.

Who: According to Key, diarrhea often happens with certain types of cytotoxic chemotherapy. Chemotherapy drugs such as 5-fluorouracil, irinotecan, topotecan, methotrexate, cisplatin, docetaxel oxaliplatin and cytarabine often have diarrhea as a common side effect. Oral chemotherapy tends to have a higher chance of diarrhea since it is ingested directly into the GI tract and is not bypassed as it is with intravenous chemotherapy. Capecitabine is the oral (pill) form of 5-fluorouracil that often causes diarrhea as a side effect.

When:  Can occur anytime during therapy, and can be acute or chronic.

What to do:  Key recommends:

Patients with chronic or severe diarrhea may want to ask their doctor if they need to supplement their diet with vitamins or fortified drinks to maintain good nutrition.

Colleen Westerman of Lansing, MI, who underwent chemo in 2010 and 2012 for ovarian cancer, felt “completely drugged” a day after each treatment, and the exhaustion would last for four to six days. “It was sometimes so bad that I just could not keep my eyes open and would often fall asleep while talking to others,” she said.

“Most chemotherapy patients experience some form of myelosuppression, a decrease in the bone marrow’s ability to produce blood,” said Dishon Kamwesa, RN, BSN, Mercy Medical Center, Canton, OH. The most common reason for exhaustion among patients is due to anemia (lowered red blood cell count) or thrombocytopenia (lowered platelet count). It means your blood isn’t carrying enough oxygen around the body.

Who: Anyone, but more often patients in treatment for leukemias with medications such as Cytarabine.

When:  You will probably feel most exhausted for a few days after treatment, and then gradually feel better. Fatigue increases with each treatment.

What to do:  Kamwesa advises:

Myelosuppression can also lead to lowered white blood cells (neutropenia), which can cause opportunistic bacterial, viral or fungal infections because of a compromised immune system, said Key. This can be one of the most dangerous chemo side effects.

When: The lowest point of cell circulation in the body after receiving cytotoxic chemotherapy is called a “nadir.” This low point generally happens 10 days after receiving treatment but your response might vary widely. You should feel better within the next two weeks.

What to do: Key suggests:

For Ann Pietrangelo of Williamsburg, VA, nausea began within days of the first treatment and was a constant throughout her chemotherapy in 2011 for triple-negative breast cancer. “It interfered with appetite in a big way, and I had to push myself to eat,” she recalled. Key explained that chemotherapy can alter the pathways of neurotransmitters and their receptors in the brain, stomach and inner ear, resulting in nausea and vomiting.

Who: Varies from person to person. Nausea and vomiting are two of the most common chemo side effects and can be brought on by the treatments, certain smells, or even by anxiety.

When: “There are certain chemo treatments that have more of this effect than others. Depending on the treatment, the onset can be within minutes and can last for several days,” said Kamwesa. For example, Cisplatin is one of the drugs that is used to treat breast, bladder and cervical cancer, to name a few. This specific drug has a very high incidence of nausea and is often given with antiemetics such as Zofran, Reglan, and Compazine.

What to do: Kamwesa recommends:

Who: Around 30 to 40% of chemotherapy patients experience this chemo side effect, according to a 2017 study published in Annals of Neurology.

When: “It can begin with the first treatment or can be due to dose accumulation,” said Kamwesa. During her treatments, Westerman experienced tingling in her fingers and numbness in her feet. When her treatment finished, she was happy to discover that most of the tingling in her fingers went away. “I was left with some numbness in my toes and parts of the balls of my feet. I was told after two years what was left would be permanent,” she said.

Who: Most patients who undergo chemotherapy experience some degree of hair loss. It is one of the most common and well-known chemo side effects. The extent of the loss depends on several factors from the dose of treatment received to a person’s genetics.

When: Hair loss usually starts 2-4 weeks after treatment begins and continues until a few weeks after treatment ends. It can take months to a year to begin growing back normally. The effects of hair loss can be more than cosmetic. “Every time you look in the mirror, you know that something is wrong,” says Jo-Ann Messing, who has been treated for cancer twice. In one instance, she lost her hair, but in another, she was able to save most of it using a cold cap. “It really is a horrendous experience to wake up in the middle of the night and look at yourself in the mirror and see no hair, no eyebrows.”

I would just like to know if sucking on ice chips reduces the mouth sores and pain from chemo. After I have my chemo, I am sick for 7-10 days with a swollen tongue, mouth sores all over my mouth, gums, cheeks, roof of my mouth, I can’t eat or hardly swallow. Any suggestions?? I go again for another treatment on Dec. 21/20, please reply.