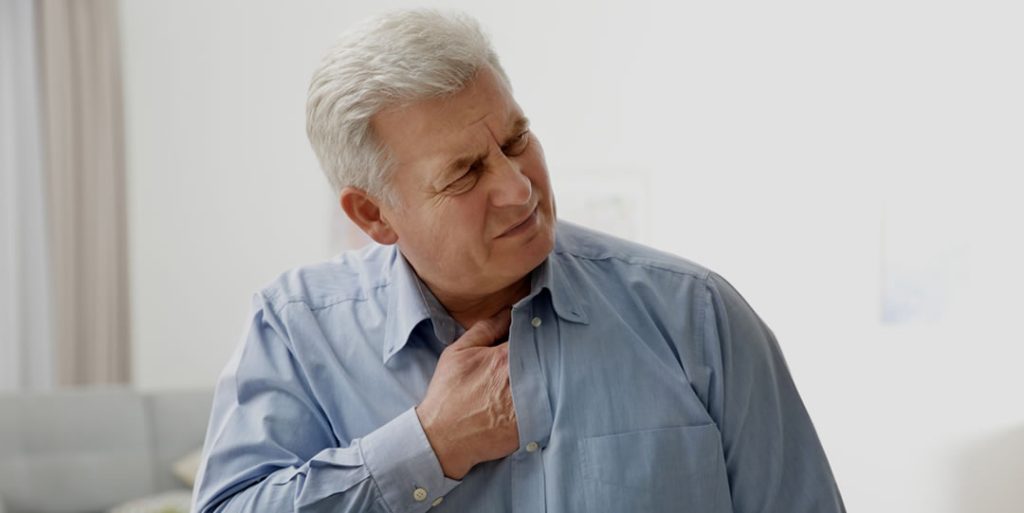 If you’re not an aromatherapy enthusiast, you may not have peppermint oil lying around your home. But if you struggle with chest pain after eating — and it doesn’t stem from cardiac causes — there may be good reason to stock up on the essential oil.

This is according to a new pilot study on 38 patients from the Medical University of South Carolina (MUSC). The research, published in Digestive Diseases and Sciences earlier this year, found that 63% of patients with disorders of the esophagus that resulted in difficulty swallowing and non-cardiac chest pain felt better after using the tincture. The pilot study found that those who took peppermint oil tablets prior to eating felt better after meals than those who didn’t.

“Peppermint oil is an established agent in the treatment of irritable bowel syndrome. We tried to examine its effect on patients with swallowing and chest pain issues with no apparent cause,” said Mohamed Khalaf, MD, an esophageal disorders research fellow at the MUSC Health Digestive Disease Center and first author on the article, in a press release.

“Our findings suggest that peppermint may help prevent these symptoms by relaxing the smooth muscle in the lower esophagus,” elaborated Donald O. Castell, MD, a professor emeritus in the MUSC College of Medicine, gastroenterologist, and the report’s senior author.

Castell and Khalaf warn that patients should first see a doctor to make sure they don’t have heart disease, and also undergo an esophagus examination, known as endoscopy, to eliminate the possibility of obstruction, before trying peppermint as a first-line treatment.

One limitation of MUSC’s research was that the pilot study authors couldn’t control for the exact amount of peppermint oil consumed, since it came in the form of a commercial candy (only one type of which was effective) with an undisclosed recipe.

In addition to being taken in supplement form in the treatment of irritable bowel syndrome (IBS), some apply peppermint oil to their skin to help with headaches, muscle aches and more, though more research is needed for these applications.

Don’t have an esophageal disorder, but curious about essential oils as a homeopathic remedy? Check out 5 Things to Know About Essential Oils.