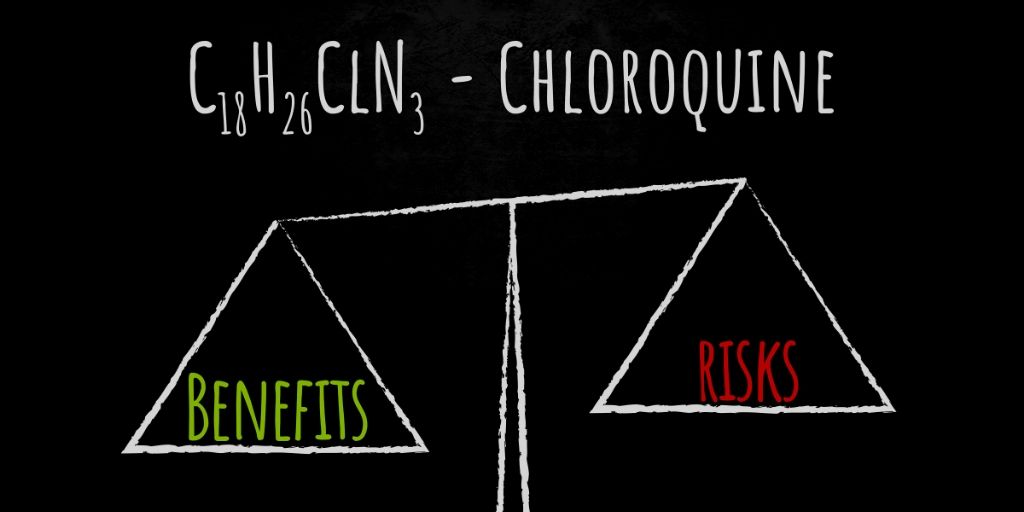 On March 30, 2020 the FDA granted chloroquine and hydroxychloroquine “emergency use authorization” for the treatment of COVID-19. The FDA did NOT approve these two drugs as a treatment for COVID-19. The approval was made so that the government could add it to the Strategic National Stockpile and it would be available for hospitals to request and to supply for clinical trials.

Known serious side effects: Chloroquine’s potential adverse effects include cardiomyopathy (heart muscle disease) that can result in heart failure, heart rhythm abnormalities, severe hypoglycemia (low blood sugar), permanent eye damage, muscle weakness, and many adverse effects on the central nervous system. Using chloroquine with certain other medications can lead to serious drug interactions. Other side effects have been reported since this medication was approved too.

Hydroxychloroquine has a risk of similar serious side effects such as permanent eye damage, cardiac effects like cardiomyopathy with a risk for heart failure and heart rhythm abnormalities, severe hypoglycemia, and muscle atrophy. It can also cause suicidal behavior. Other serious effects have been reported since this medication was approved as well, including disorders of the blood, heart, ear, eye, immune system, metabolism, and skin.

Risks of Combining Chloroquine/hydroxychloroquine with Z-Pak (azithromycin) Both drugs prolong the QT interval, which is the electrical timing in the heart (for a more complete description, see here). QT interval prolongation can lead to fatal ventricular arrhythmias and sudden cardiac death. Therefore, using two drugs that both prolong the QT interval is worrisome. However, The American College of Cardiology has stated: While QT-prolonging medication use has been associated with increased risk of death, the absolute magnitude is likely smaller than the potential benefit from treatment of COVID-19 among specific subgroups with COVID-19 infection (e.g., ICU-hospitalized patients and outpatients age >70).

Potential risks for COVID-19 patients: Since there aren’t any clinical trial results to guide them on treating COVID-19, doctors have no way to know how much medication to prescribe or how long to prescribe it for.

Not just anyone can take them either, Akselrod says. “Chloroquine and hydroxychloroquine can cause quite severe poisoning and even fatalities if they’re not taken under the supervision of a doctor or if they’ve taken in the wrong dose or if they’re taken by someone with a heart condition that’s predisposed to an irregular rhythm. These drugs can cause an unstable heart rhythm, which can cause the heart to stop, which is why it’s so concerning that right now there seems to be a worldwide rush on these drugs.”

“The major concerns with these medications are their toxicities and that when they’re used, some patients experience very severe side effects, including cardiovascular conduction abnormalities and agranulocytosis, which is kind of like wiping out your immune system” says Michael Klepser, PharmD, FCCP, a professor at Ferris State University’s College of Pharmacy. “Where I’m at with this is all these people that are thinking that this is a good medication to have on-hand just in case, this is not something that I would give a family member ‘just in case.’ If I had somebody that I was concerned about with documented COVID-19, then I may consider using it, but this is not going to be wide-use empiric therapy because (of) the side effects associated with it.”

People hoarding these drugs or taking them unsupervised is becoming a problem too, says Akselrod. “This is in the context of an unprecedented global emergency and it’s quite understandable if people are scared and trying to reach for anything that’s available that we think might help. But people who depend on these drugs to control their lupus or rheumatoid arthritis find themselves unable to refill their prescriptions. They’re at risk of having their disease flare up and force them to go to the hospital at a time when it’s very unsafe for them to be doing that and when they should be isolating at home and trying to avoid infection at all costs.”

Clinical trials: There are several clinical trials scheduled or planned in the United States to test out these drugs as a way to prevent or treat COVID-19. Chloroquine and hydroxychloroquine are also part of WHO’s SOLIDARITY trial, which is a a large global trial by the World Health Organization (WHO) that’s testing four different drugs.

What they’re currently used for: These medications are both approved by the FDA to treat and prevent malaria. “Remember that malaria is not a virus or a bacterium, it’s a parasite,” says Larry Sasich, PharmD, MPH, a consultant for the FDA and the Saudi Arabian Food and Drug Authority, and co-author of Worst Pills, Best PillsBecause parasites have cells that are similar to human cells, a drug that’s used to treat a parasitic infection like malaria may cause more serious adverse effects, he says.

Chloroquine is also approved to treat amebiasis, a gastrointestinal infection caused by an amoeba. Hydroxychloroquine is approved for systemic lupus erythematosus and rheumatoid arthritis in patients whose symptoms haven’t improved with other medications.

How antimalarials could help COVID-19 patients:  Hana Akselrod, MD, an assistant professor of medicine in the infectious diseases division at the George Washington University School of Medicine and Health Sciences says the theory is “essentially (that) those drugs would make the cell less hospitable to the virus by interfering with some of the mechanisms that are involved in both the virus entering the cell and then possibly with the inflammation that occurs around the infection.”

Like remdesivir, chloroquine and hydroxychloroquine have been found to be effective against coronaviruses in cell cultures, including ones that cause SARS. However, it’s possible that high doses may be needed for the drugs to be effective enough, which can cause serious side effects.

It’s also unknown “how effective they are in both preventing infection from occurring and for preventing the infection from becoming severe if it does occur,” says Akselrod. “Right now, different medical centers around the U.S. and the world are trying protocols of treatment with these, but they’re doing it under medical supervision and in controlled doses and for patients that are selected for whom we think they will be beneficial and also safe. I think it’s going to take real worldwide collaboration to answer this question on a mass scale.”

The bottom line: These medications should not be taken unless your doctor has prescribed them for you, and you’re under medical supervision. They shouldn’t be taken to prevent COVID-19 either. Non-medical forms of these drugs aren’t meant for humans and are dangerous.