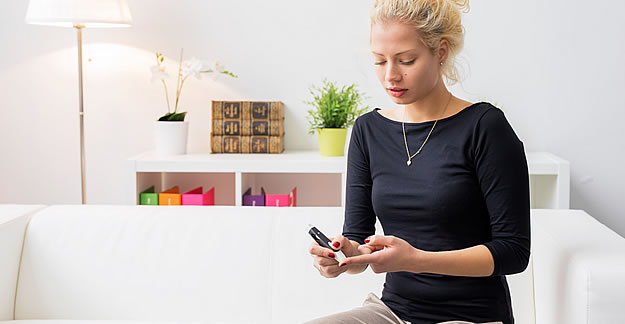 When Ron Carlson died on his motorcycle at 66, it wasn’t a slippery road or a distracted driver that led to his demise. It was hypoglycemia, according to the medical examiner who reviewed his death. Carlson, a diabetic, had been prescribed medication to lower his blood sugar, a job the drugs did too well. In Carlson’s case, it led to hypoglycemia that caused him to stumble, clutch the bike’s throttle for balance and then be flung across a restaurant parking lot.

The fact that diabetes medicines have side effects should come as no surprise, but the lack of attention to rare and especially dangerous side effects of diabetes drugs, such as hypoglycemia and ketoacidosis, may be. A series published on Reuters in November 2021 alleges that pharmaceutical companies, like Johnson & Johnson, which make the drugs, had known about these potential complications years before they were made public.

Type 1 and Type 2 diabetes are both characterized by high blood sugar, also known as hyperglycemia, that over time can damage organs like the heart, liver and kidneys. Thus, the main goal of treating diabetes is to lower your blood sugar. Many people may be able to control their diabetes with lifestyle changes, but many others are prescribed medications long-term to lower their blood-sugar levels. Here’s what you need to know.

In addition to alleging that companies ignored dangerous side effects of diabetes medicines, the Reuters articles report that pharmaceutical companies, rather than doctors, are behind the push for patients to aim for a specific A1C. A1C (also called HBA1c or glycosylated hemoglobin) is a blood test for those with Type 2 diabetes or with prediabetes, which measures the average blood glucose, or blood sugar, level over three months. The American Diabetic Association and some diabetes drug manufacturers support a goal of maintaining a blood-sugar level of under 7% for three consecutive months, but the association isn’t devoid of connections to pharma. The organization has several corporate sponsors, including Eli Lilly, which donates more than $1 million a year. The company makes several diabetes drugs, including Trulicity (dulaglutide) and Jardiance (empagliflozin), which are heavily advertised on TV.

Here’s what the Reuters article says about how and why the A1C levels are set at 7%.

Interviews with dozens of scientists, doctors and patients and a review of hundreds of documents found that leading insulin makers began to promote A1c below 7% just as they were launching new formulations of insulin and other diabetes drugs that they then heavily marketed as a way for patients to reach that target.

Leading the charge was Aventis SA of France, and then Sanofi SA after it acquired Aventis in 2004. Aventis donated heavily to the American Diabetes Association (ADA) and other key groups that supported A1c below 7% for most patients. It launched a multimillion-dollar ad campaign and got elected officials, community centers and hospitals to spread the word. Fellow insulin makers Novo Nordisk A/S and Eli Lilly & Co were also big ADA donors, and soon, they and other companies were boasting of their drugs’ A1c-lowering abilities.

While the 7% A1C goal is appropriate for most patients, it may be too aggressive for others, especially patients over the age of 65. It could lead these patients to experience dangerous hypoglycemia as a result of attempting to lower their blood-sugar levels or even result in death.

Diabetics measure their blood-sugar levels regularly using blood-glucose monitors or finger-prick tests. When you visit your doctor, he or she will review your A1C.

Early symptoms of hypoglycemia include:

If hypoglycemia goes unaddressed, more dangerous symptoms can occur. They are:

If you experience hypoglycemia, your doctor may need to reduce your dose of diabetes medication. Exercising more or eating less than you usually do can also trigger hypoglycemia in patients with diabetes.

Another risk that was tied specifically to the diabetes drug Invokana (canagliflozin), according to Reuters, is diabetic ketoacidosis, an increase in acids in the blood called ketones, caused by prolonged high blood sugar. Untreated ketoacidosis can kill you.

However, it’s not only Invokana that causes problems. In a 2020 study in the Annals of Internal Medicine, people given SGLT-2 inhibitors, including Jardiance and Farxiga (dapagliflozin), had triple the risk of developing diabetic ketoacidosis compared to those given DPP-4 inhibitors, such as Tradjenta (linagliptin) and Januvia (sitagliptin). However, the researchers note that the overall risk of ketoacidosis remains low, even in those receiving SGLT-2 inhibitors.

Symptoms of ketoacidosis include:

Diet and exercise can help patients with diabetes reduce or discontinue the use of drugs. For many, medication will always be an important aspect of their overall care. Nonetheless, it’s crucial to tell your healthcare provider how you feel and what treatment goals are the best ones for you.