Drugs in Pregnancy: A 7-Part Series Every Pregnant Woman Must Read 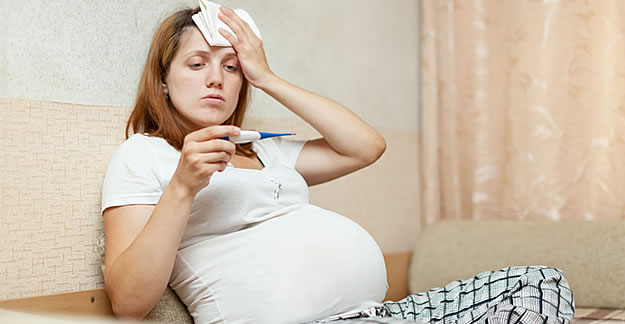 About 90% of pregnant women take at least 1 medication during pregnancy, with 70% taking at least 1 prescription drug, according to the National Birth Defects Prevention Study. In the last 30 years, first-trimester prescription medication use has increased by more than 60%.

Despite this upward trend, it’s safe to say most pregnant women don’t want to do anything to harm their unborn child — but they’re often in a bind when they have to take certain meds, such as as those to treat depression or ward off a cancer recurrence, says Lori Wolfe, a certified genetic counselor who advises women about the risks of medication use in pregnancy and while breastfeeding. (Wolfe is also the president of of MotherToBaby, a free, national informational service of the non-profit Organization of Teratology Information Specialists).

As of June 30, 2015, drug manufacturers will be required by the FDA to include new labeling information on how they affect pregnancy (including labor and delivery), lactation, and male and female reproduction. We thought this would be a good time to look at the risks and side-effects of common and not-so-common medications on the

Fewer than 10% of prescription and OTC drugs have a perfect stamp of safety during pregnancy — and for obvious ethical reasons, pregnant women aren’t included in standard clinical trials before drugs hit the market. Those deemed safe get their OK from a limited number of animal studies, or because they’ve stood the test of time with no known (or few) risks to mother and/or baby. It is estimated that approximately 2% to 3% of birth defects are the result of drugs taken during pregnancy.

How Drugs are Different in Pregnancy

The ads say “having a baby changes everything.” That starts with how your body metabolizes drugs: Pregnancy alters the rate and extent by which medications pass out of the mother’s system entirely, or partially through the placenta to the unborn fetus. While some drugs may have an immediate effect on the fetus, other drugs may have more long-term repercussions that aren’t apparent until the child is grown.

In the first trimester, when the fetus becomes structurally formed, the danger is highest; this is when birth defects and major malformations (known as teratogenic risks) can happen, says Wolfe. Neurological and other developmental risks, such as later learning difficulties and lower I.Q., can occur throughout the pregnancy, but most significantly during the second and third trimesters. Low birth weight and small-for-gestational-age risks are more pronounced in the third trimester.

If you are pregnant, your doctor or pharmacist should counsel you, as does Wolfe and MotherToBaby, on medication to take based on your current trimester. When medication is deemed necessary, you may be advised to switch to different active ingredients during different trimesters to limit teratogenic risks.

When it comes to any medication determined to be at no known or low risk, current guidelines by several health organizations recommend the use of lowest effective dose possible, used for the shortest amount of time, to prevent any adverse outcomes in the fetus. As of June 30, 2015, prescription drugs will be required by the FDA to include new labeling information on how they affect pregnancy (including labor and delivery), lactation, and male and female reproduction.

The U.S. Food and Drug Administration rates drug safety during pregnancy with A, B, C, D, and X categories. A drugs are considered safest, with controlled human studies that have shown no fetal risks. Drugs marked X have proven fetal risks that outweigh any possible benefit. (There’s a more in-depth version of this chart in our Resources section.) The Category for nearly every drug, by generic name, can be found in the Merck Manuals.

If you manage 40 weeks without needing a pain reliever, cold remedy, antibiotic, anti-nausea med or sleep aid, count yourself lucky (though you can find safe options among these drugs). But what about women who are on antidepressants or antipsychotic meds? Or those who keep cancer at bay with certain medications? That’s why we’re offering this 7-part Drugs in Pregnancy series. Up first: Painkillers.