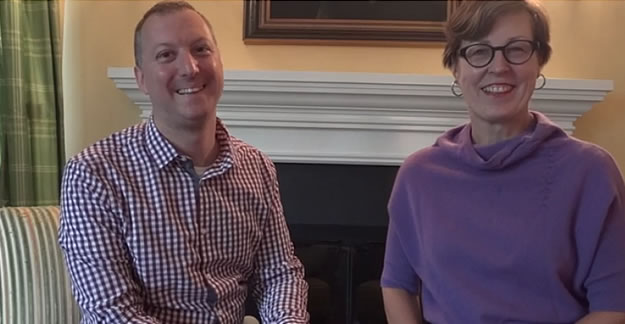 This week, Su Robotti and Jonathan Block discuss Disease Mongering. That’s when pharmaceutical companies take an everyday discomfort and promote it to a disease — and then seel meds to cure the disease.

Su Robotti: Hi. I’m Su Robotti and this is Jonathan Block. We’re both from MedShadow. I’m the founder and Jonathan is the content manager.

Today, we’re going to talk to you about conditions of life that somehow are becoming elevated into diseases. When I was a kid, watching TV, there was this terrible disease that was going through a scourge of the nation. It was halitosis. And everybody had to use Listerine to get rid of it. When my vocabulary expanded, I found out it was bad breath and that good dental care and brushing your teeth and not eating onions would take care of most cases, most times, of bad breath. So it wasn’t really necessary to take medicine or anything.

But that was the beginning of a wave of products that pharmaceutical companies had developed, to take everyday aging or life occurrences and are turning them into diseases. And were very concerned about this, aren’t we?

Jonathan Block: Yeah. What you’re talking about is something called disease mongering, which is taking conditions that are just common, everyday occurrences — sometimes they’re just the consequence of aging — and turning it into something where you think it’s a serious medical condition that if you don’t have it treated, it’s going to significantly impact your health or well-being. You were just talking about restless leg syndrome.

There’s a drug out there called Requip and that was originally developed for Parkinson’s disease and it got a secondary indication for restless leg syndrome. And in most cases, most people that have been diagnosed with restless leg syndrome really don’t have that condition. A very small percentage of people actually have it. Most of the time, if you have restless legs, it might be because you don’t have enough sleep, you’re suffering from stress or anxiety, or you’re maybe drinking or smoking too much.

SR: You mean too much coffee?

JB: Exactly, so put that cup down.

SR: And do you have to take a medicine for that?

JB: No, that could be a consequence of eating spicy foods. Some people are just more sensitive to eating certain foods. There’s a very easy way to take care of that.

SR: Do you imagine there are 5 jalapeno poppers?

JB: Probably not because not only would that affect your stomach it will probably raise your cholesterol a great deal.

SR: Thank you for taking care of me. What else is a made-up disease or an exaggerated symptom into a disease?

JB: A good one is the drug called Addyi which is for something called, I have to look at this, hypoactive sexual desire disorder. This made the news last year when the drug was approved. It called the “female Viagra.” The drug company decided that since men had Viagra and other similar drugs for erectile dysfunction, that there should be a similar drug for women. It had very tenuous–

JB: Research, thank you, conducted for it. And the good news with this one is that since it’s been on the market, the drug has kind of bombed. It hasn’t really been selling very much as doctors realized that it’s not a real condition and the drug itself doesn’t work at all.

SR: The issue with a lot of these diseases are that once you start with the cure, with the medicine, even sleeping aids, there’s a rebound effect that will keep you from not using it. If you quite often, if you use a sleeping aid, and by then the other kind of ones or the prescription ones, the next night, you will have more trouble getting to sleep, and therefore, need it again, and the following night, and so forth, because you’ve interrupted your natural sleep pattern.

What about overactive bladder?

JB: Well, that’s another condition that is a consequence of getting older. There were pharmaceutical companies that decided to elevate that from just kind of an inconvenience or annoyance to, again, something more serious that required medical attention and necessitate taking a prescription drug.

One thing that we haven’t addressed with all of these drugs for questionable conditions is that many of them have side effects. Another class of drugs that has come on the market recently are so-called Low T or low testosterone drugs, which is really more of a “lifestyle drug” but doctors have said that Low T isn’t even a real condition. And taking one of these gels which you would actually just put on, rub on your skin, it gets absorbed that way, actually doesn’t do much in terms of increasing your sexual health. And they do come with several risks, most seriously is the risk of coronary artery disease. So it’s important that for some of these conditions that are very, very questionable, that there are serious side effects with the drug associated with them.

SR: If you like to learn more about the side effects associated with the drugs that you’re discussing with your doctor or that you’re seeing on TV, please go to www.medshadow.org, and just search for the drug. It’s very likely, we have something to say about it.

In the meantime, taking a drug for a condition that is not serious and not life threatening or that can be treated in a lower tech way, is just plain dangerous. So please, think carefully and balance the risks and the benefits of every drug you take. Thank you.