Episode 21: Weighing the Risks & Benefits of the PSA Test for Prostate Cancer 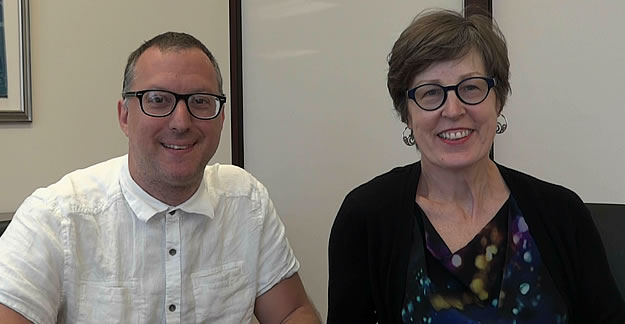 Su Robotti: Hello, I’m Su Robotti and I’m the founder of MedShadow, and welcome to MedShadow TV This is–

JB: Yes, the reason is that this PSA test, if you were to get it and you get a positive reading could lead to you — to men — getting either a biopsy, which has side effects in and of itself, and/or getting radiation or even surgery, both of which have side effects. And the thing is that one may have prostate cancer, but it may never spread or grow and it will never become life threatening or come to the point where you need any of those potential procedures, so a lot of men are getting unnecessary procedures when prostate cancer may not spread or become severe enough that would actually warrant that.

SR: So there are actually two issues with prostate cancer test, with PSA. As you said, this issue of false-positives —

SR: There is a very high level of people who will be told they quite possibly had cancer based on this test, and then have to go the additional testing only to find out that they don’t have it all. And then, the people who do test positive for the PSA and in the biopsy, it’s confirmed that they have cancer, but there’s no way to know if it’s a fast-acting, or medium acting, or what they call indolent cancer because it grows very slowly, they grow slowly.

Most of the prostate cancers are what are called indolent cancers, but you don’t know. So, most of the people who are diagnosed with prostate cancer will probably take some action. They’ll probably go further for radiation and chemotherapy which quite often 60% of the time or more ends up with a certain levelincontinence and erectile dysfunction problems.

JB: Correct, and you had mentioned at the top about the US Preventive Service Task Force, where before they were recommending against having a PSA test. They did kind of an about-face, where now they said, if you’re between the ages of 55 and 69, you should talk with your doctor about getting one, and if you’re 70 or older, you should not get one because the risks associated with what would happen after the PSA test were not worth it.

You had mentioned some of the severe side effects associated with some of the treatments. For example, if you were to get surgery or radiation as a result of a positive PSA test, about 75% of the people who have that, tend to have serious complications, which you mentioned, are incontinent or erectile dysfunction. There’s a great little infographic (from STAT, left) that talks a little bit about the benefits and the risks of getting this PSA test. And one of the things that I think is interesting is that of, if you look at a 1,000 men who go and get a PSA test, out of that 1,000 men, the PSA test would only end up benefiting three men by having them avoid cancer spreading, and would only helped 1 to 2 men avoid death from prostate cancer.

But it means that a lot of men, from this, from the PSA test, are getting the test and then getting treatment that really doesn’t have much of a benefit, but as we mentioned has those serious side effects such as incontinence or ED. So the thing is, is that you have this test that relatively few men will actually benefit from, which is one thing that you should take into consideration if you decide to talk with your doctor about getting one.

SR: It comes down to 1 point, 1.3  — 1.3 lives would be saved, out of 1,000 taking the PSA test, which is not considered a very positive risk-benefit risk ratio, considering these side effects.

SR: However, if you are diagnosed with prostate cancer, and you choose to go through radiation, there is a new study out, it just came out last week, in the International Journal of Radiation Oncology and Physics that indicates yoga is quite possibly—will benefit to those undergoing radiation. This is a very small test; there are only 50 men who actually participated in it–

SR: Thanks. And, it covered the 6 to 9 weeks of radiation, of approximately half the men were also asked to take yoga classes twice a week, and half of the men did not. And they found pretty convincingly, that those men who took yoga while undergoing radiation had less extreme fatigue, had somewhat better — how does one say — less incontinence, I should say, and fewer problems with erectile dysfunction. So, if you find yourself going down that path and ending up in radiation, yoga is something to consider.

I did speak with one of the doctors, one of the scientists, who ran the test, and asked if you could draw a conclusion from this study, that anybody undergoing radiation for cancer should consider yoga. And he said, while the study was not designed to answer that question, it was certainly a logical conclusion, and that they were preparing for future studies to study exactly that possible benefit.

So think carefully. Obviously, if there’s a family history of prostate cancer that might change your decision, your doctor should be able to give you a lot more information, but consider the risks and the benefits.

JB: As always, which is what we talk about here at MedShadow all the time. Thanks very much for joining us, and have a great day.

Pros and Cons of PSA Testing for Prostate Cancer