Why Europe Still Has Safer Sunscreens 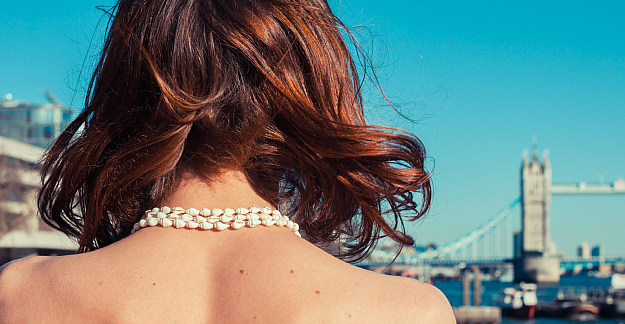 Sunbathers in Europe and other parts of the world have for years slathered on sunscreens with the most advanced skin cancer-fighting protection and nontoxic ingredients. But these products are not available in the United States, because the FDA — due largely to regulatory delays and lack of resources — has been slow to approve new sunscreen filters. According to the Public Access to SunScreens (PASS) Coalition, a newly formed advocacy group, the last time the FDA approved a new over-the-counter sunscreen filter was in the 1990s. Since 2002, 8 pending ingredients have been awaiting FDA approval. Four of these — Tinosorb S, Tinosorb M, Mexoryl XL, and Mexoryl SX (also known as ecamsule) — have been used in European products for years.

According to researchers, Tinosorb S and Tinosorb M offer potent broad-spectrum protection against both UVA rays, which contribute to skin aging and wrinkling, and UVB rays, which are responsible for sunburn. For the most part, they don’t penetrate the skin, nor do they act as hormone disruptors. (See MedShadow’s article How to Avoid Toxic Sunscreens to learn more about the potential side effects of U.S. sunscreen ingredients, including hormone disruption.) Tinosorb S and Tinosorb M are also more effective at blocking UVA rays than avobenzone, the most common UVA filter found in the United States.

Mexoryl XL and Mexoryl SX have been on the European market since the 1990s, with few safety concerns. They’ve been reported to be extremely “photo stable” UVA blockers, meaning they don’t break down when exposed to sunlight. If a product is not photo stable, it loses its effectiveness and must be reapplied frequently.

For years, doctors and public health advocates have promoted the regular use of sunscreen to reduce the damaging effects of sun exposure and help decrease the risk of skin cancer, particularly melanoma. (Though melanoma accounts for less than 2% of skin cancer cases, it causes the majority of skin cancer deaths. The American Cancer Society estimates that 73,870 new melanomas will be diagnosed in 2015 and that 9,940 people are expected to die of the disease.) Now, public health organizations, dermatologists, sunscreen-research companies, and others are banding together through the PASS Coalition to push for legislation that will result in a more timely review of sunscreen ingredients by the FDA.

Last fall, the coalition celebrated its first victory when Congress unanimously passed the bipartisan Sunscreen Innovation Act (SIA). It was signed into law by President Obama last November. The legislation mandates that the FDA make an effort to clear the backlog of sunscreen ingredients pending approval, streamline its existing review process, and report to Congress regularly on its progress. Cancer awareness groups, such as the Melanoma Research Alliance, sunscreen industry officials and legislators who pushed for the law hoped that things might move ahead quickly and that consumers would see new sunscreen products this summer.

But now this seems unlikely to happen. This past winter, the FDA rejected all 8 pending sunscreen-ingredient applications, citing that manufacturers must provide more data before their products can be considered safe and effective. In the US, sunscreens are regulated as drug products and must comply with drug regulatory standards. (The European Commission regulates sunscreens as cosmetics, a rule which applies to all European Union nations.)

In a written statement, Theresa M. Michele, MD, director of the FDA’s division of Nonprescription Drug Products, explains: “There is apparent confusion as to why ingredients that have been on the market for years in other countries cannot be used in the US without further review by the FDA. While information on marketing history in other countries is helpful, what we can learn from it is limited. For example, such information doesn’t tell us anything about the long-term effects from use of the ingredient or how much is absorbed. Because of the widespread daily use of sunscreen products by a broad population, including babies and pregnant women, FDA has proposed data requirements that will allow us to determine that sunscreen ingredients are generally recognized as safe and effective. These data requirements were unanimously supported by a panel of scientific experts at a recent public Advisory Committee meeting on sunscreens.”

While it’s certain US consumers won’t be seeing any new sunscreen products this summer, Dr. Michele writes, “Recognizing the public health importance of sunscreen use, the FDA is proceeding as quickly as practicable to meet the requirements of the legislation.” To assist in this process, the FDA will request additional funds from the President’s 2016 budget so the agency has the resources it needs to implement the requirements of the SIA.

Meanwhile, public health advocates will continue to push for approval of new sunscreen filters. Once that happens, U.S. sunbathers will have access to a new generation of safer, more effective sunscreens—ones that Europeans and citizens of other countries have been able to buy for years.