The Problem with Weed 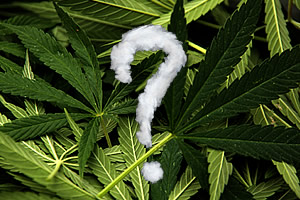 For many years I stood in favor of legalizing pot. The primary reason for my opinion was that it is not healthy for a society to consider a common behavior criminal. You can’t put 20% of our kids in jail.

I advocated on this blog to regulate pot (What We Don’t Know About Marijuana) and put guidelines into place for when and how much. Then I learned that guidelines are not straightforward with weed: The same amount ingested by the same person can have 4x the effect one day and very little effect the next day (Weed Is Not Like Wine).

At present, 23 US states and Washington D.C. have legalized medical marijuana and 4 states have legalized pot for recreational use. The continued decriminalization of pot seems unstoppable. But do we know what we are doing?

I started digging into what we do know, and it’s not much. There are many people who are thrilled with marijuana’s apparent ability to slow or stop seizures in some cases. Others claim it’s wonderful for chronic pain and more. See our story, Medical Marijuana Can Ease Pain and Lessen Side Effects to see how it’s being used and which groups are endorsing it.

Do We Know Enough? (The Correct Answer Is No)

I ask this question for 3 reasons:

Why are we changing laws based on guesses and anecdotal information? Why don’t we have research? Because the FDA still has marijuana listed as a Schedule 1 drug, which means it has “No redeeming medical use.” It’s in the same category as heroin. To conduct legal research in the US one needs a permit and can only use the marijuana supplied by the government from a controlled planting area. With the legalization of marijuana in some states, more research is being initiated. But for now the research we need about if and why cannabis has the ability to calm seizures, or if heavy recreational use can lead to permanent damage to one’s intelligence doesn’t exist in the US.

Internationally there’s much more research. Medscape published a comprehensive review of international research literature, Medical Marijuana: The State of the Science in February 2015 which examined all the relevant research on marijuana focusing on the 2 derivative cannabinoids: THC and CBD. We have the ability to measure and manipulate the THC and the CBD levels in marijuana plants.

The Medscape report is packed with worrisome indications from international research (follow the link above for research citations and much more information):
Chronic bronchitis: “The relationship between the long-term smoking of marijuana and lung cancer is unclear, they also concluded that marijuana smoking is associated with the inflammation of large airways, increased airway resistance, and lung hyperinflation, all of which are consistent with the development of chronic bronchitis.”

Reproductive impact: “Long-term use of cannabis has an adverse impact on reproductive potential, as it disrupts the menstrual cycle, suppresses oogenesis (creation of an egg cell), and impairs embryo implantation and development. Cannabis use may also have a detrimental effect on male reproductive health.”

Death rate: It’s highly unlikely for marijuana to cause death directly, but those who use pot have a markedly higher rate of death from other causes: “We cannot ignore the association between cannabis use and mortality. A systematic review found that people who had used marijuana had higher rates of mortality from fatal motor vehicle accidents, AIDS, and lung cancer.”

Cognitive function: Parts of your brain start to shrink: “In addition, they described published case reports that identify a safety signal between cannabis use and stroke. Of considerable concern are data indicating diminution of the volumes of the hippocampus, amygdala, and cerebellum in adult and adolescent heavy users compared with healthy controls.”

Time Magazine interviewed many research doctors in the US whose experiments and studies are underway but incomplete in the May 25, 2105 issue (subscriber access only). An interesting study of the offspring of rats who had been exposed to pot — but who were clean when the offspring were conceived — found changes in the 2nd and perhaps 3rd generation that made them more susceptible to addiction. The writers summarized:

Your Brain on Pot

I’m not saying pot’s more dangerous or more addictive or more anything than alcohol or cigarettes. But is that the bar? Should we point to 2 legal products that are often abused and use them as the standard? Every drug should be evaluated on its own benefits and burdens with clear and independent research.

The issue is…..why was it ever “illegalised” in the first place ? It certainly wasn’t for the right reasons. The human race co existed quite happily with cannabis until Henry Anslinger and the rest of the American authorities started to interfere. Now with the impending roll out of legalised cannabis this beautiful and natural product will be high jacked by pharmaceutical companies and various governments and will ultimately cease to exist in its natural form.

Also just as the prohibition was not for altruistic reasons, neither is the reversal of that ridiculous state of affairs anything to do with “benefiting mankind” it’s because certain people have realised how much money there is to be made (especially in taxes)

wpDiscuz
2
0
Would love your thoughts, please comment.x
()
x
| Reply
This website or its third-party tools process personal data.In case of sale of your personal information, you may opt out by using the link Do not sell my personal information.
Cookie SettingsAcceptAccept All
Manage consent