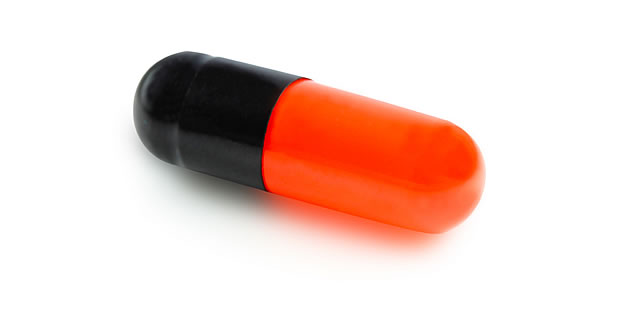 Thomas Zheng had taken round after round of powerful antibiotics to treat the Clostridium difficile (C. diff) infection in his colon, but it kept coming back. Finally, his doctor recommended fecal microbiota transplantation (FMT), a procedure in which a donor’s fecal matter is transferred into his colon through a colonoscopy and, sometimes, an endoscopy. The goal is for an infusion of healthy microbes housed in the fecal matter to keep the C. diff at bay.

“There’s no doubt in my mind I’d be dead, if I didn’t have [the transplant],” he says, of the procedure he underwent for illness that can hospitalize patients with severe, even fatal, diarrhea.

What Is a Fecal Microbiota Transplantation?

Prolonged treatment with antibiotics is the main risk factor for developing a C. diff infection. While targeted antibiotics like vancomycin (Vancocin HCL) can sometimes cure it, these don’t always do a thorough enough job and the infection comes roaring back. Each time a C. diff infection recurs, the likelihood of it returning grows. Hundreds of thousands of people are diagnosed with C. diff infections each year, and about 13,000 of them die from it.

One weapon can sometimes fight this pathogen even when antibiotics no longer work – and that’s an army of healthy microbes. Your gut is normally filled with trillions of bacteria, viruses and fungi that work in tandem with your body to process nutrients and otherwise keep you healthy. Everyone’s microbiome is different and scientists don’t know exactly which and how many microbes you need, but they do know that having the right balance and diversity of microbial species can help prevent one bad one, like C. diff, from taking over.

One way to deliver those microbes in quantities that are most likely to be beneficial is to take stool from a healthy donor and directly transfer it into a sick patient’s colon.

According to Alexander Khoruts, MD, a gastroenterologist and immunologist at the University of Minnesota and one of the procedure’s proponents, the concept of a fecal microbiota transplant to repopulate a sick person’s gut with healthy microbes dates back thousands of years. In the past century, doctors have only occasionally used the strategy to treat C. diff infections, but lately, the technique has gained momentum as a tool not only for C. diff, but for myriad diseases. Scientists are considering FMT as a treatment more and more as they zero in on the importance of the microbial populations in our guts, skin, lungs and elsewhere to our overall health.

While there’s a long clinical history of treating C. diff with FMTs, scientists have started testing the procedure’s efficacy in all kinds of other disorders like irritable bowel syndrome (IBS), obesity and even autism. Khoruts emphasizes that although an FMT shows  promise for a number of conditions, using it to treat anything other than C. diff is purely experimental at this point in time.

What Are the Risks of Fecal Microbiota Transplantation?

The first risk is the same as that of any other transplant or blood transfusion – infection and contamination. The field took a big step forward when Khoruts and his team showed that the stool donations could be frozen and preserved before use. That gave scientists time to screen the samples for diseases like HIV before implanting them into a patient. It also allowed for the emergence of stool banks that house and test donations until healthcare providers purchase it for use.

Last year, the Food and Drug Administration (FDA) issued several safety alerts about ensuring that stool is screened for SARS-CoV-2 (the virus that causes COVID), as well as for E. coli.

With trillions of microbes in each sample, many of which have yet to be discovered, doctors can’t always be sure that what they’re transferring is 100% safe. They’re still working to figure out which factors determine the success of transplants from the makeup of the donor material to the recipient’s environment.

“We’re learning more about microbial contribution to colon-cancer pathogenesis,” Khortus adds. “So it’s possible that we’re going to start looking for those as part of the screening process.” Right now, though, physicians are unable to determine if an FMT from a particular donor might increase your risk of developing cancer later on.

After the procedure, Zheng says he had new severe stomach cramps, but that they lasted less than a day. Within two days of having the FMT, the levels of C. diff in his intestines had lowered dramatically.

Khoruts explains that many patients who receive an FMT for C. diff are also at risk of IBS as a result of the infection and antibiotic treatment. “These people are really predisposed to irritable bowel. They’ve been on antibiotics for a very long time. It’s almost like a post-traumatic-stress disorder of the colon. It’s highly sensitized, so it senses there’s something going on, and it’s going to be sending [pain] signals to the brain.”

For decades, an FMT was conducted at a doctor’s discretion, usually to treat C. diff infections. Now as scientists are learning more about just how important the microbiome is to our health and coming up with new ways to deliver an FMT, many believe the procedure has the potential to treat myriad health conditions.

More and more companies have stepped into the field, developing fecal matter storage banks and new formulations like swallowable pills made up of frozen stool and have started offering the treatments to patients with conditions other than C. diff infections. That’s why the FDA stepped in eight years ago.

In 2013, after the agency announced that an FMT would be considered an experimental drug  and regulated as such, it received swift backlash from healthcare practitioners.

“There was a bit of an uproar in 2013 that the FDA went too far with their regulatory zeal, and they backed down,” says Khoruts.

Now, an FDA spokesperson has said in an email to MedShadow that the treatment is considered investigational for any condition except for C. diff. Physicians are permitted to use an FMT under an enforcement discretion for these patients as long as they have already failed to respond to other treatments.

Any other use of an FMT needs to be administered as a part of a clinical trial or for compassionate use. When it comes to treating diseases other than C. diff, “we’re trying to give it specific functionalities, and it’s a whole new area of pharmacology. It’s a whole new class of drugs,” says Khoruts.

What If I Want to Try an FMT for Another Condition?

First and foremost, Khoruts recommends that you look for a clinical trial in the US that has been reviewed by the FDA. If you can’t find one, ask your doctor to go through the proper regulatory channels for a compassionate-use exemption.

He adds that for any treatment that isn’t preceded by heavy antibiotic use (as is the case with C. diff infections), patients should expect to need repeated administrations of the treatment. Changing the composition of someone’s intestinal microbiome is not the same as repopulating one that’s been wiped out by antibiotics. “It’s much harder to actually wrestle down the indigenous microbiome into something else.”

He worries that if a particular formulation of an FMT gains approval for one indication, healthcare providers may start to use it off-label for a whole range of other ailments.

“There is some scientific promise. And then there is a whole industry that develops around it that tries to make a quick buck,” he says. “Patients are vulnerable, and there’s plenty of bad actors out there who are happy to profit off of their desperation.”

Share. Facebook Twitter Pinterest LinkedIn Tumblr Email Reddit
Previous ArticleFAQs About NDMA and the Recalls of Zantac, Metformin and More
Next Article Unverified Reports of Vaccine Side Effects in VAERS Aren’t the Smoking Guns Portrayed by Right-Wing Media Outlets – They Can Offer Insight Into Vaccine Hesitancy