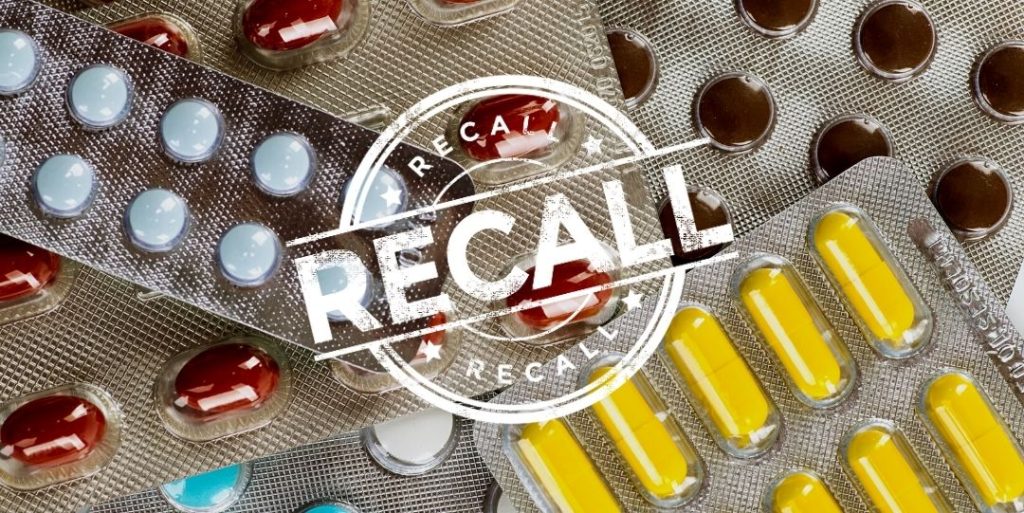 Over the past decade, the Food and Drug Administration (FDA) has initiated or supported recalls on a handful of drugs, including metformin, ranitidine (Zantac), angiotensin II receptor blockers (ARB) (valsartan, losartan and irbesartan), varenicline (Chantix), rifampin (Rifadin) and rifapentine (Priftin) — which treat gastroesophageal reflux disease (GERD) and other conditions, such as heart disease and high blood pressure and aid in smoking cessation. These drugs that treat a variety of conditions have been found to contain the same chemical contaminant: N-nitrosodimethylamine (NDMA), which may cause cancer.

MedShadow answers frequently asked questions about the chemical itself and the drugs that contain it.

Why Is NDMA Bad?

The FDA considers ranitidine a “probable carcinogen.” Animal studies have linked higher exposures of the chemical to increased cancer risk in animals, but those observations have not yet been confirmed in humans. Everyday, we are exposed to NDMA through water and food, but the lower levels in these substances are not thought to be dangerous.

How Does NDMA Get Into Drugs?

The Zantac recall started in 2019, when the online pharmacy Valisure reported that it found “extremely high levels” of NDMA in ranitidine products. In the FDA’s testing, it also found NDMA, though at much lower levels than the pharmacy had.

Nonetheless, the scientists noted that the levels of NDMA increased the longer the drug sat on shelves, and that hotter conditions caused an even greater rise. Those two different results make sense, because Valisure tested the drug at a higher temperature than the FDA did.

Because of the risk of increasing NDMA levels over time, Janet Woodcock, MD, director of the FDA’s Center for Drug Evaluation and Research, said in a press release that the FDA would stand by its recall. “We didn’t observe unacceptable levels of NDMA in many of the samples that we tested. However, since we don’t know how or for how long the product might have been stored, we decided that it should not be available to consumers and patients unless its quality can be assured.”

Why Is Zantac Still on Pharmacy Shelves? Is It Safe?

The Zantac you see in stores now is not contaminated with NDMA. There are two common types of daily GERD medications:

Both work by suppressing your body’s production of stomach acid through two different chemical mechanisms.

Before Zantac was recalled two years ago, its H2 blocker was ranitidine. Following the recall, Zantac’s manufacturer, Sanofi started using a different ingredient, famotidine and renamed the product Zantac 360.

Zantac 360’s latest packaging states that it now has a “new formulation” of the previous drug. But, “It’s not a new formulation,” writes Josh Bloom in the Genetic Literacy Project. “It’s a different drug.”

Still, it’s a familiar drug. Famotidine is a different H2 blocker, one that the FDA has not found to be contaminated with NDMA, which is used in another GERD drug, Pepcid.

What Should I Do If My Treatments Have Been Recalled?

It’s best to contact your physician or pharmacist right away any time a drug you use has been recalled. In most cases they will recommend you continue using your current treatment until they find you an alternative. If you’ve been using an over-the-counter version of Zantac, the FDA says there are several similar drugs that may work just as well for you. It has not found NDMA in famotidine (Pepcid), cimetidine (Tagamet), esomeprazole (Nexium), lansoprazole (Prevacid) or omeprazole (Prilosec).