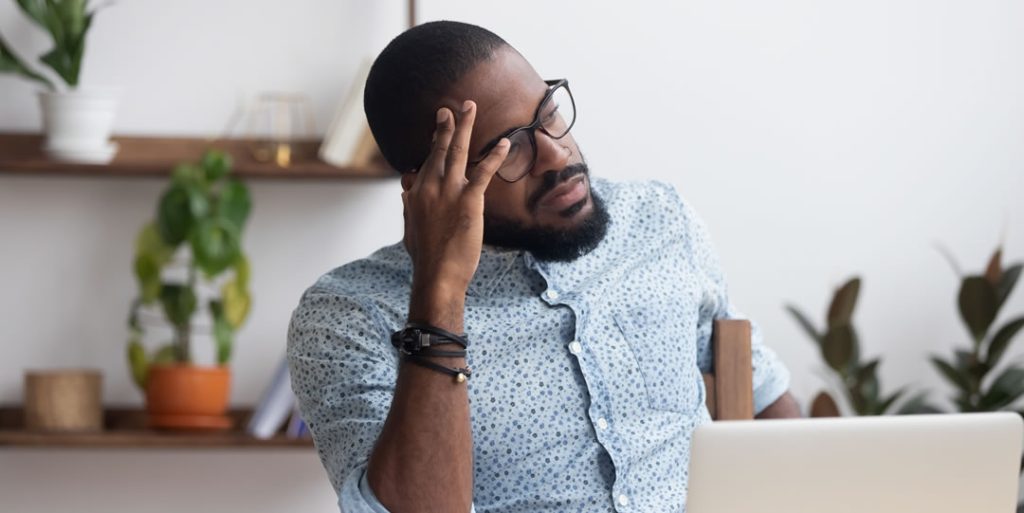 If you find yourself feeling on edge for no apparent reason while taking a cold medicine or diuretic, you most likely wouldn’t connect the two. However, anxiety happens to be just one of many mood-altering symptoms that can be brought on by certain meds.

“Many medications, whether prescribed or found over the counter, can cause psychiatric symptoms,” says Shiyun Kim, PharmD, BCACP, BCPP, CDE, a clinical pharmacist and clinical assistant professor at the University of Illinois Hospital & Health Sciences System, and a spokesperson for the American Pharmacists Association.

She explains that a wide range of factors influence the way a drug affects each person, including things like metabolism, underlying illness, and interactions with other drugs. “Any variations that occur, such as with improper doses or individual reactions, can result in undesirable psychiatric symptoms,” though they are relatively uncommon.

If you feel that you may be suffering from these side effects, notify your providers immediately. “Keep in mind that some medications can be stopped abruptly, while others need to be tapered to prevent further adverse effects,” Dr. Kim emphasizes. “Your provider can make the best decision with you.”

Take note of the following medications that can have these kinds of effects, and read on to find out how to minimize the risks.

“Most prescription pain medication, such as oxycodone (OxyContin) or hydrocodone, can cause drowsiness, which can make one feel ‘cloudy’ and lack motivation — and these symptoms closely mimic depression,” according to Bree Meinzer, PharmD, CTTS, a pharmacy practice resident at Ohio Northern University. Opioids can also lead to more severe symptoms like paranoia, hallucinations, psychosis and dementia, especially at high doses. Signs that you may have taken too much of an opioid include trouble breathing and unconsciousness. People with opioid dependence and those who suffer from HIV, liver or lung disease or suffer from depression may be more susceptible to these effects, according to the World Health Organization. If you are on a pain medication that makes you drowsy or “cloudy” and you do not like how it makes you feel, you should talk to your doctor about other ways to adequately manage your pain.

Lasix, Microzide and Other Diuretics

Medications that reduce fluid retention and swelling, including furosemide (Lasix) and hydrochlorothiazide (Microzide), increase urination. This can lead to dehydration, especially in the elderly, and can result in hallucinations and dizziness, says Dr. Meinzer. SGLT2 inhibitors such as canagliflozin (Invokana) and empagliflozin (Jardiance), which are drugs used to treat diabetes, can also increase urination and cause dehydration. If you are taking these types of medication, be sure to drink plenty of water to stay sufficiently hydrated. The amount of water to drink should be discussed with your doctor and is dependent on your weight. “These medications should also be taken in the morning or early afternoon to avoid frequent urination at night,” which could disrupt sleep, she advises.

Ask your doctor to take a look at your current medication regimen to rule out potential drug-drug interactions that could cause psychiatric side effects.

Requip and Other Dopamine Agonists. Medications like ropinirole (Requip), often prescribed for restless leg syndrome and Parkinson’s disease, increase the brain chemical dopamine, which helps regulate mood and behavior. Too much dopamine can cause hallucinations, notes Dr. Meinzer, and more extreme potential side effects include confusion, mania, depression and impulse control disorders like compulsive gambling or eating. “There are other options for restless leg syndrome that don’t increase dopamine, though medications like ropinirole typically work best.” There are also different medications for Parkinson’s, though you and your doctor should carefully consider your particular treatment needs. If you experience these kinds of symptoms while taking this type of medication, it may be that your dose is too high.

Ritalin, Adderall and Other Stimulants

Drugs that are commonly used for the treatment of attention-deficit hyperactivity disorder (ADHD) include those sold under the brand names Ritalin and Adderall. Although these stimulant medications “help children and adolescents focus and stay on task, side effects include increased heart rate and insomnia, which can often cause anxiety and restlessness,” says Dr. Meinzer. Stimulants “excite the central nervous system and can disrupt normal communication between cells in the brain,” adds Dr. Kim. “This class of drugs may also cause bizarre behavior, agitation, mania, paranoia and nightmares.” Dr. Meinzer suggests talking to your healthcare provider if you feel extremely restless and anxious while taking this type of medication. Again, it is possible that your dose is simply too high.

Medications like prednisone, cortisone and methylprednisolone are often prescribed “to help respiratory symptoms and decrease inflammation with chronic diseases,” Dr Meinzer explains. They are typically only “used for a short term to help alleviate symptoms, but if you are on these medications for a long time, they can cause some unwanted side effects.” Use of these drugs for more than a few months can increase the chances of experiencing mania, anxiety, depression, paranoia and psychosis, which have mostly been reported by patients using high doses or abusing the medication, says Dr Kim. Though experts are unclear about the exact reasons for such side effects with these drugs, research suggests that it may have to do with the way steroids work in the area of the brain that influences memory and emotion. It is also possible that “high levels of steroids result in brain damage and cause cognitive dysfunction.”

Medications such as ethosuximide (Zarontin), which are used to control seizures in people with epilepsy, can cause symptoms resembling depression. These drugs have also been found to increase suicidal thoughts and behavior. “If you start to experience these symptoms on an anticonvulsant, you should talk to your doctor about other regimens,” Dr. Meinzer recommends. “There are other medications in the same class that are less likely to cause this side effect,” though your doctor may want you to stay on the medication because it may be the one that is most effective for you. “Anticonvulsants are usually tricky to dose and may need lab monitoring to make sure they are in the proper range.”

Dr. Kim offers the following general tips to help prevent or deal with these side effects: