The Road to Recovery Means Finding the Right Medicine 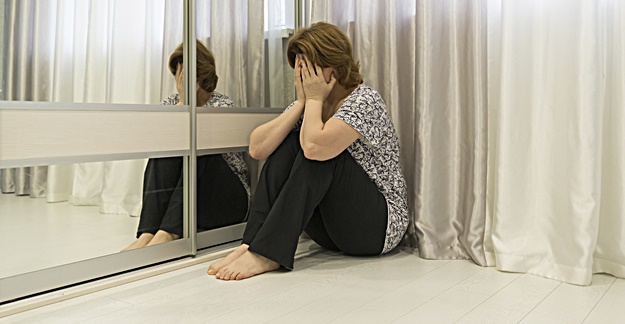 I was living in a tunnel vision of dark depression, and there was barely a glimmer of hope at the end of it. That’s how I felt until I sought professional psychiatric care and started taking the right medicine.

Prior to that, I went about my business convincing myself that I was okay. I functioned well enough to not “need” help, but I certainly behaved differently enough to elicit questions from friends and coworkers. Those who spent the most time with me may have noticed my ups and downs more clearly than I did.

Luckily, I also had a constant curiosity that kept me going. When I was at my saddest, I could not see that I was also at my most energetic. One night, my roommate said, “You are up at 11pm, cooking. I think you may be manic.” Usually, I fell asleep from exhaustion around 9:30pm. Something in the word manic struck a chord, and I started sobbing. I woke up still crying the next morning and decided to find a therapist.

My eventual diagnosis was a bipolar disorder, which explains my ups and downs — manic behavior and deep depression.

Now 28 and single, I realize that I have been very depressed for the past 17 years. It started when I was 11 and had my first panic attack, which I recall vividly. I didn’t understand what it was or what to call what I was experiencing. After describing the event to my parents, they wrote it off as a bad dream, even though it had happened mid-afternoon.

Now that I have an awareness of my psychological struggles, I recognize that there’s a history of mental illness in my family. My siblings, too, are very depressed and have sought guidance from therapists. Unfortunately, my parents have yet to go for professional help, although I think it would help them.

Before I sought psychiatric care at 26, I interpreted my behavior as simply how my personality was. I cried  every morning and night for what felt like both no reason at all and every reason imaginable. The depression that filled me consumed my thoughts. I got to the point that I believed there was no meaning in life.

Then, I wondered why I should try to have goals and aspirations. Why should I leave a job that wore me down, because, I thought, there was nothing “better” out there for me? Why should I put effort into my close relationships? I was ready for any solace. After trying yoga and breath work and cutting out most caffeine, I started taking the medicine and followed all the guidelines, which included drinking more water, not consuming alcohol, taking the medicine with a meal and monitoring whether I developed the life-threatening rash. Drug manufacturers always spell out the scary potential side effects casually and up-front to make sure you are aware. [Drug makers are required by law to list any potential side effects.] Of  course, I was paranoid and scoured my body each morning and night for any sign of new pigmentation.

At first, I didn’t want to ask for help, or take medicine. But then I did. I saw a psychologist, who, within three sessions, suggested the idea of my having a bipolar disorder. I asked him why he thought so, and he handed me a sheet of situations and adjectives with blank spaces. There were questions like, “Do you sometimes feel revved up or have too much energy?” and “Do you find yourself more emotional on most days?” My answers revealed that I had every single symptom or characteristic of a bipolar disorder.

I am stubborn, so I asked for a referral to get a second opinion. Within two sessions the next professional  concluded that I was bipolar and had attention deficit disorder (ADD). I rejected the ADD diagnosis outright because his reasoning was, “I have ADD and have the same symptoms as you.” He added: “Your leg can’t stop shaking and you keep looking around.”

Mind you, this was the second time I was speaking with him. He was virtually a stranger. In the end, he prescribed Lamictal (Lamotrigine). Because I was desperate for help, I felt I had no other choice but to take the drug. After picking up my prescription, I Googled the drug, scoured the literature provided and found that the worst side effects were the rare ones, including a life-threatening rash. Little did I know then that the Lamictal’s more common side effects could add up to making a worse quality of life.

The medicine definitely did the job at first. The immediate relief from crying so often had me convinced I would be okay if I took this medicine. As my depression lifted, I viewed not crying every day as the hope of a new baseline level of mood and lifestyle. I started imagining a life without deep sadness.

Over time, I realized that there were always side effects present, including slower speech patterns and brain fog, such as unfocused thinking. These traits were so deeply entrenched that I could barely tell if they were caused by the medicine. The more common symptoms included nausea, dizziness and lack of focus. To combat the nausea, I tried eating better. To fight the dizziness, I took breaks throughout my workday and drank more water. To cut brain fog, I did crossword puzzles.

Through articles I read online, I learned there were lifestyle changes I could make to control some symptoms of several mental illnesses. I realize that the internet is no substitute for professional medical advice and knowledge. However, the suggestions I found online were a great starting point to take to a professional and find out more about them. Among the changes I made were attempting to cut out alcohol and added sugar, and trying meditation. I also used music and danced around when I was upset. Even on the days I could barely get out of bed, music and dancing helped me feel better.

Then two years later, my symptoms manifested to the point where my job was suffering, and I did not understand why. Why couldn’t I speak up properly? Why couldn’t I remember if I completed the task that was asked of me? So, once again, I hit a wall out of frustration. This wall was newer, and I hit it with much less velocity.

I reached out for help, this time with much less hesitation and armed with a mood log ready for analysis. After three sessions, the doctor prescribed Abilify (aripiprazole). This is now my new medicine, and while I transition and adapt, I am already experiencing less unfocused thinking and feel more like myself than ever. Now I even cry at appropriate times and events.

Change can be scary. Living in your brain with a bipolar disorder does not have to be frightening. It is worth the fight to find the best medicine for your symptoms and truly experience peace of mind.

Valerie: As another person with moderate to severe depression, I could relate only too well with your problems.
I took various antidepressants prescribed by my wonderful physician and nurse practitioner.
However, I suffered from a few side effects, and decided to research NATUROPATHIC MEDICINE.
There are well over 100 MDs who practice naturopathic medicine, and publish information on the internet.
Additionally, I have found numerous medical schools and universities and independent researchers who have published information on this debilitating disease.
Among the articles I researched, I discovered that there are a few natural supplements that have helped me tremendously: GABA, SAMe, Vitamin B 100, and 5HTP.
I urge you and others to research the information on various naturopathic medicine websites.
I no longer find myself becoming so depressed that I cannot function.
I hope this helps you and others with depression.
Also, for family and friends, here are a few things to look for in your loved ones with depression, based on my own personal experiences: Not wanting to mingle with friends and family, crying or becoming extremely irritable at the slightest problem, and feeling the need to escape from everything and everyone in a “normal” routine.

I could relate to the highs and lows that this person experienced. When I was in my teens and twenties, I experienced very similar ups and downs. When I became pregnant with my first child at 27, something changed for the better. When I started breastfeeding, even more good changes happened. My moods became more stable. You know the term ‘post partem’ depression? I think I had the opposite; I speculate that hormonal shifts were actually correcting something that had been with me since I was a teenager. Things didn’t change overnight, however. I realized that some of my moods were a sense of powerlessness I felt in my marriage. While my marriage survived, it took really hard work to take responsibility for circumstances in my life that made me unhappy, including the things I couldn’t change. Unfortunately, the good changes didn’t happen overnight. There were times, when raising two children at home that I experienced bad days, sometimes they were so bad, I couldn’t get out of bed. I feel remorseful that I neglected my own children’s emotional needs growing up during those bad days, partly due to my unresolved mental health issues. This is I think at the core of intergenerational trauma and healing work, realizing that so-called ‘mental illness’ is not so much determined by genetics but because the circumstances of neglect and abuse can play themselves out again and again through successive generations. Eventually, my moods leveled out completely and when I came completely ‘online’ again I was much less focused on my own feelings and more focused on others. I was finally able to fully support my loved ones when I became grounded and accepting of who I am. and I am grateful that I evolved through the difficulties without resorting to psychiatric interventions. The long term risk of lifelong drugging is so well documented, that I fear for everyone who is not able to find less risky alternative ways of dealing with emotional distress. Being human and being alive is very painful especially with the looming environmental catastophies, the wars, and social unrest, our social safety nets are getting more and more strained everyday and people are finding it harder and harder to focus on narrow ways of selling their labors on the market without knowing if their labors are actually helping people or just sustaining systems that harm people. Psychiatric drugs can enable people to live with a lot of injustice by numbing them out. I long for the days when we will embrace our ability to feel pain again and ‘rage, rage against the dying of the light!’