What’s Next for the Fosamax Case in the Supreme Court? 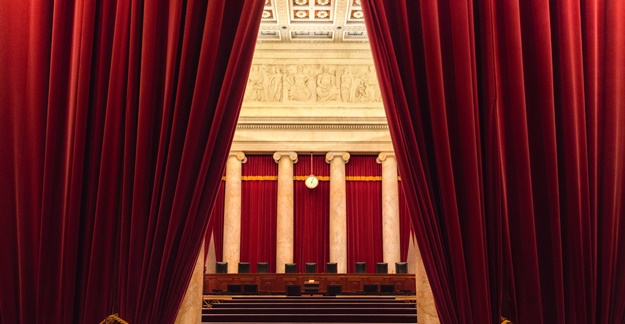 On January 7, I sat in the chambers of the US Supreme Court to hear oral arguments from Merck, defending its actions — and inactions — as they pertained to informing the FDA, doctors and the public about a rare, but devastating, side effect of Fosamax, its osteoporosis drug.

The case is Merck v. Albrecht, and for more information, here is a link to an article I wrote for STAT about what’s at stake in the case. In short, pharmaceutical companies are required to alert the FDA about any new information that is discovered about a drug’s side effects after it’s been approved for use.

Merck supplied research to the FDA about so-called Fosamax fractures, spontaneous fractures of the femur that several thousand women suffered while taking the drug. The FDA rejected the phrasing in their proposed warning language. Merck had described the bone breaks as “stress fractures,” which the FDA noted did not accurately describe the damage. Ultimately the FDA held a panel to review the research and required Merck to warn about “atypical femoral fractures,” which are far more serious than stress fractures. Those women who had been harmed before the warning was sent out sued Merck, and the issue is now before the High Court.

I received a ticket to attend oral arguments because MedShadow sponsored an amicus curiae brief, a “friend of the court” filing, which stated our opinion on the case. We were joined in our brief by three previous high-ranking FDA officials, including a former commissioner.

I’ve seen the Supreme Court on TV and movies, as we all have. The camera’s focus is on the nine justices’ chairs lifted above everyone else. What you can’t experience from a screen is how the thick crimson-velvet curtains draping the walls create a hush, stopping conversation and turning one’s thoughts inward. In movies, you don’t see that visitors are sitting in pews and you can’t see that the ceiling soars 20 feet up, with a line of life-size Greco-Roman statues midway. It is incredibly more impressive in person.

The oral arguments started with a presentation from the attorney representing Merck. The attorney was interrupted early on by Justice Elena Kagan with a hypothetical, and I don’t think he ever got back to his presentation. The two following attorneys were interrupted as quickly and as often. The full one hour alloted to hear arguments was taken with well-informed questions by the justices — every justice asked multiple questions of all three attorneys who had time at the podium. That is, except for Justice Ruth Bader Ginsburg, who was absent due to recent surgery, and Justice Clarence Thomas, who is somewhat famous for never asking a question. If he maintains his silence or dominates in the private discussions is something we will have to wait to discover in a memoir.

Chief Justice John Roberts did note that Justice Ginsburg will get a transcript of the arguments and is expected to participate in the private discussions and will vote.

I don’t know what the outcome of the case will be. I’m told not to expect a decision until May or June, as that is when they are typically handed down.

Some Quotes from Participants

While we all wait for the outcome, here are quotes from justices that I scribbled during the session. Also, I only took notes on the comments I thought were particularly supportive of Albrecht’s side. There were questions that seemed to support Merck’s position, but I didn’t write them down.

Justice Neil Gorsuch: Reading the statute your way, do we create a moral hazard that encourages manufacturers to supply the FDA with a lot of information, overwhelming with data, but maybe not the most artfully drafted, and maybe deliberately inartfully drafted, warning that it thinks is reasonably calculated to be refused, so that it can avoid having to shoulder or bear its own costs or internalize its own costs of negligence? What comfort can you give the Court that that’s not the outcome of the statutory regime reading that you’re proposing?

Justice Sonia Sotomayor: How about the manufacturer’s duty to work with the FDA to ensure that the label is right and that it has all pertinent information to reconsider its initial decision?

David Frederick (Albrecht’s attorney): It is the manufacturer’s responsibility at all times to keep the label up to date…. Remember, the manufacturer has superior information about these drugs [compared] to the FDA…. And so you’re talking about a massive resource disparity between what the agency has and what the drug manufacturer has.

Justice Kagan: We can agree that if the FDA said to you, you don’t have to warn about major fractures, you are off the hook. And on the other hand, we can agree if the FDA rejected a warning that had nothing to do with the thing that was really at risk, you’re not off the hook.

Justice Sotomayor: Until the FDA says no, if you’re a manufacturer who understands there’s a serious risk to a drug, shouldn’t you continue to try everything possible, including making the corrections that you were told to make, including doing what the task force did, telling the FDA you’re wrong? Instead, what Merck did was say, I’m absolved, I don’t have to make the changes, I don’t have to talk to them anymore, I just have to let them — “them “being the FDA — figure out what to do. Seems to be sort of turning responsibility on its head.