How Meditation Helps My Patients Heal 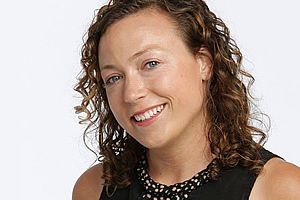 Doctors. When you think of them, what comes to mind? Stethoscopes, white coats, pills?  What if there were a new kind of doctor? One who prescribes meditation, yoga, and other contemplative practices, rather than (or in addition to) doling out medication? More and more doctors are taking an integrative approach in their practices, offering patients alternative therapies to address a multitude of health problems. Here’s how meditation has helped my patients and suggestions on how it might help you.

The words meditation and medication sound suspiciously similar, and this is no coincidence.  These words, along with the term medicine, come from the same Latin root, mederi, which means “to heal.”  So, although many people think of meditation as an Eastern tradition, with  roots in Vedic, Hindu, or Buddhist practices, it seems as though the ancient Romans also recognized the healing powers of this introspective practice. Indeed, Catholicism’s rosary beads come from the same root as the beaded necklace or mala many Hindu or Buddhist practitioners carry, and the idea is the same:  Repeating the same holy words again and again is thought to infuse the mind with their spiritual essence. Modern science has developed and substantiated the idea of neuroplasticity, or the ability of the brain to change and reshape itself through the lifespan. This understanding lends a secular twist to these ancient, sacred chanting practices.

Nearly every culture around the world has developed some silent and/or introspective practice. Vision quests among indigenous Americans, centering prayer in the Christian faith, yogic postures, breathing exercises, chanting and silent meditation in Hindu traditions, and of course the sitting, walking and other meditations in Buddhism permeate communities around the globe. If the Latin language assumes these practices hold a healing quality, what exactly is the healing potential of meditation, and how can it be harnessed?

As a physician expert on “meditation medicine,” one who lectures and writes widely on this topic, I’d love to answer this question with a personal story. Currently, I work with several clients for whom I prescribe meditation. About a year ago, I met Linda (name and some life details changed to protect her identity). She had recently gone through a breakup and was living in the US, far from her family in Canada.  In the months before we met, Linda started experiencing severe anxiety, which grew so strong she was unable to ride the subway in New York City, as the crowds would spark panic attacks. This anxiety often kept her up at night. Linda also found herself crying uncontrollably at times, and she had less motivation to go to her graduate school classes and canceled most of her social engagements.

Before seeing me, she had seen a psychiatrist who prescribed a medication commonly used to treat both anxiety and depression. This medication takes some time to take root, however, and also only works for about one-third of patients. During our first session, I carefully listened to Linda’s history, asking clarifying questions like any health care practitioner. It was clear that Linda had many external circumstances that added to her anxiety and sadness, which were now interfering with her work and quality of life.

Linda’s nervous system had clearly hit a bump in the road. I decided to teach Linda the “relaxation response,” a standardized technique based on transcendental meditation. During my first session with Linda, I guided her through the relaxation response meditation, and offered instructions on how to begin a twice-daily meditation practice. In the first week, Linda experienced less anxiety and began to sleep better. By the end of the second week, she noticed her sadness had begun to fade. Of course, some of this could be attributed to time, or the effects of the medications her psychiatrist prescribed. However, over time, Linda was able to work with her psychiatrist to taper off the medication and still feel fine, as long as she maintained her regular meditation practice.

When Marcus had difficulty sleeping after a cancer diagnosis, the relaxation response was also beneficial. Just like with pills, however, different meditations help with various ailments. When Virginia faced relationship difficulties, and felt overwhelmed by her growing resentment and emotional tension, compassion meditations helped her rewire her brain to feel greater empathy for her partner and also treat herself more kindly.

Of course, individual patient stories aren’t randomized trials, and there are many variables at play that could also factor into Linda’s recovery, Marcus’ ability to rest and Virginia’s increased empathy and ease. However, each did improve rapidly after beginning a meditation practice, and many peer-reviewed studies support the role of meditation, including the relaxation response, in treating depression and anxiety, improving sleep, and building compassion. Unlike medications, these practices have essentially no gnarly side effects.

Harvard cardiologist Herbert Benson, MD, became a proponent of meditation after he was approached repeatedly by practitioners of transcendental meditation who claimed their practice had profound health benefits. After numerous requests, Dr. Benson finally acquiesced, but insisted upon replacing the Sanskrit mantras (meaningless sounds that people repeat during this practice) with the bland word “one.”

He then studied the effects on his patients, many of whom had high blood pressure, and was floored by the results. Time after time, he saw that his patients’ heart rates and blood pressure dropped, their breathing rate slowed down, and their brain needed less energy — these were all signs they were experiencing the “relaxation response,” the opposite of the body’s fight or flight stress response. Dr. Benson began to ask some patients to practice this technique regularly and, one by one, many of them were able to reduce or eliminate their blood pressure prescriptions and other medications. Dr. Benson and his Harvard colleagues have published numerous studies on the benefits of meditation in leading journals, which can be found at this site: http://www.relaxationresponse.org/. Dr. Benson’s New York Times best-selling book The Relaxation Response is one of the first efforts to systematically study meditation. Convinced of meditation’s benefits, Dr. Benson meditates twice a day and has seen his health improve.

These days, I’m grateful to share meditation medicine with audiences, individual clients and readers internationally. My hope is that Western medicine will embrace a future dedicated to building, restoring and promoting health, rather than merely treating disease, and I believe contemplative practices will play a large role in this endeavor.

Jamie Zimmerman, MD, a physician, meditation teacher and author, died in an accident in October 2015. She lectured internationally on “meditation medicine” and living your calling. A meditator since age 16, she studied with many of today’s leading instructors and was featured on ABC.com, Yahoo News, MindBodyGreen, Yoga Journal, SONIMA, and Huffington Post Live. She was a health and wellness reporter at ABC National News, where she taught her colleagues to meditate and hosted a digital series called “Make Your Passion Your Paycheck.”