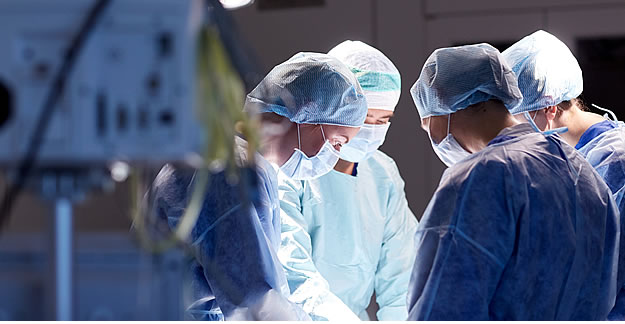 Did you have a hysterectomy between 1998 and 2015? Then read the following award-winning article by Tara Haelle published in the members-only VOICE newsletter of our sister organization, DES Action USA. Power morcellation was often used as part of minimally invasive hysterectomies and for removal of fibroids.

Diethylstilbestrol (DES) was given to pregnant women who had experienced or were at risk of miscarriage from the 1950s to 1971. The results were disastrous; not only was it ineffective in preventing miscarriage, but the women given it ended up with a higher risk of breast cancer, and many of their children—DES daughters and DES sons—suffered with inactive or deformed reproductive organs, infertility and rare cancers (among other issues). We are still finding out about DES grandchildren.

If you had a minimally invasive hysterectomy or a myomectomy before 2014, your surgeon may have used a laparoscopic power morcellator. These medical devices divide tissue into small fragments and make it easier to remove.

“Anymore than a doctor would tell you what scalpel he’s planning on using, it’s unlikely that the doctor would have told you he was going to morcellate,” said Stephanie O’Connor, an attorney with Douglas & London in New York City who represents women whose surgeries involved morcellation. “If you had any operation from 1998 to 2014, it’s quite possible that a morcellator was used despite what you were told.”

The FDA Issued a Warning

The risk of cancer spread was rare, but morcellation is not necessary for these procedures. Therefore, in 2014, the U.S. Food and Drug Administration issued a warning against using laparoscopic power morcellators in women undergoing a hysterectomy or having uterine fibroids removed. The warning applied particularly to women who had entered or completed menopause or who required a large amount of tissue to be removed. Now that this warning has been in place for two years, researchers have looked at the current rates of morcellation use.

In a JAMA study in August, researchers investigated the outcomes of all women, ages 18 to 95, who underwent a hysterectomy from 2013 through early 2015 at any of approximately 500 hospitals. Among more than 200,000 women who had a hysterectomy during that time, 117,653 underwent a minimally invasive procedure. The rate of minimally invasive hysterectomies dropped four percentage points. Morcellator use dropped even more, from 13.5% in early 2013 to 2.8% in 2015.

The complication rate in minimally invasive hysterectomies remained the same over this time — and so did the rates of uterine cancer, other gynecologic cancers, rapid unnatural cell growth on the endometrial tissue, and uterine tumors. Therefore, it did not appear that using morcellation less made any difference in cancer rates, but cancer spread through morcellation is rare enough that any decreases in risk may only show up in a much larger group of women.

“Whether or not cancer is found, you are at risk of migrating tissue — wandering or parasitic fibroids,” O’Connor pointed out. “Monitor your health closely and if any follow-up is necessary, get and keep the records.” To get records, she recommends developing a good relationship with your gynecologist and requesting the surgical records that explain the procedure’s process. These records will include a “gross inspection,” describing what the doctor could see. You should also request the pathology report always done on sample tissue after the operation.

Still, to remain cautious, morcellation should not be used in hysterectomies or myomectomies. In April, the FDA approved a new “containment system” that can be used “to isolate uterine tissue that is not suspected to contain cancer.” The product, called PneumoLiner, has not been shown to reduce the risk of spreading cancer during hysterectomy or myomectomy, though.

“This new device does not change our position on the risks associated with power morcellation,” said William Maisel, MD, deputy director for science and chief scientist at the FDA’s Center for Devices and Radiological Health. “We are continuing to warn against the use of power morcellators for the vast majority of women undergoing removal of the uterus or uterine fibroids.”
© 2016, DES Action USA.

Many DES Daughters have had a hysterectomy or a myomectomy, which removes fibroids. DES Daughters are 12% more likely to have fibroids than those not exposed, and the fibroids tend to be larger than average. DES Action is an education and advocacy organization for those exposed to synthetic estrogen DES, the first endocrine disruptor. If you think your mother or grandmother might have been given DES, go to DESAction.org to find out more and join the organization.