Lung Cancer Screening Isn’t for Everyone 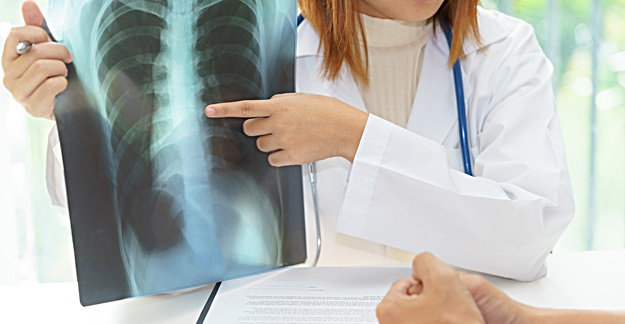 Should you get screened for lung cancer? It certainly seems like it. Billboards, TV ads and pop-ups have increasingly appeared on my computer screen telling me that it could save my life. At the risk of bringing down the wrath of the arbitrary cancer gods, it won’t save my life.

I’m a never-smoker. While I was raised in an envelope of secondhand smoke (every relative near and far smoked), I’ve lived as an adult in a smoke-free home for well over 30 years. I have no risk factors for lung cancer. And that’s the most important thing to know about lung cancer screening: It’s only recommended for a specific, high-risk group.

Those recommended for lung cancer screening are adults aged 55 to 80 years old who have a long history of heavy smoking and either currently smoke or have quit within the past 15 years.

Heavy smoking is defined as 30 “pack years” or more. A “pack year” is smoking an average of 1 pack of cigarettes per day for 1 year. For example, a person could have a 30 pack-year history by smoking 1 pack a day for 30 years or 2 packs a day for 15 years.

(If you have symptoms of lung cancer, then taking the test is not “screening,” it’s diagnostic and is not included in the guidelines.)

If you stopped smoking more than 15 years ago (no matter how much you smoked), or if you can’t have curative lung surgery (due to other health issues or preference), then there is no reason to have the screening.

The USPSTF (US Preventive Services Task Force) gave this recommendation only a “B” rating, which is not the highest rating but still reflects their belief that the benefits outweigh the harms “moderately,” though not by a lot. The USPSTF recommendation for annual screening for lung cancer is based on low-dose computed tomography.

But what if you just want to be safe? Maybe you gave up smoking 18 years ago, or you smoke at parties? Maybe your mother died of lung cancer? The test is non-invasive, why not?

One reason is because the screening test exposes you to radiation, which accumulates in the body. Every exposure adds to the last one. Radiation exposure increases your risk for cancer.

Another consideration is the likelihood of a false alarm — 24 out of 25 people (on average) who tested positive on the lung cancer screening did NOT have cancer. That was in the clinical trials. A “real world” study of 2,452 people took place in VA hospitals in 8 locations across the country from 2013 to 2015. Of those people, 56% had positive results from the test, but only 1.5% had cancer.

Why are there so many false positives? Because most lungs have nodules on them and a nodule can be nothing or cancer. “A baby is born with perfect skin,” Dr. Marc Feinstein, a pulmonologist at Memorial Sloan-Kettering Cancer Center in New York, told USNews. “As a person ages, they get scars, age spots, freckles. Few of these are melanoma [a form of skin cancer], however.” It’s the same way with the lungs. Fortunately, although these abnormalities might mimic lung cancer on an imaging test, most are not actually lung cancer.

There are times when screening will find a nodule that is cancer but was never going to cause problems. This can lead to treatments such as surgery, chemotherapy and radiation that are unnecessary and considered overtreatment, which itself can cause side effects that make you feel sick.

One last thought: There have been at least 4 studies on the effectiveness of lung cancer screening. The National Lung Screening Trial (NLST) study found a positive outcome, a 20% drop in mortality from lung cancer. All the other trials have shown no benefit. NLST was a large study which seemed well-conducted. But it has not been replicated, and real-life experiences indicate that there are more harms than expected.

Lung cancer is a deadly disease and a hard way to die. If you are at high risk (only if you fill all the parameters), I would encourage you to take the test. But if you aren’t in that specific population who are at high risk, it seems clear that you might want to take a pass.

Here is a calculator that gives you your risk of lung cancer and tells you if you might benefit from screening: University of Michigan Lung Cancer Screening Risk Calculator.