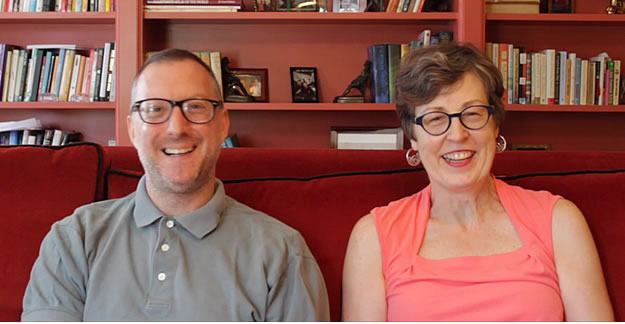 Irritable bowel syndrome (IBS) is, at best, an uncomfortable condition. This week, Su and Jonathan discuss opting to try changes in diet and exercise before moving on the the medicines advertised on TV.

Su Robotti: Hi, my name is Su Robotti, and I’m the founder of MedShadow.

SR: Today, we’re going to talk to you about IBS, the topic nobody likes to talk about, but people that have it, even less.

IBS is irritable bowel syndrome, and you’ve probably seen lots of TV commercials. There are lots and lots of medicines out there that can help you with it, and a lot of those medicines will give you other side effects that you can get more medicines for. So at MedShadow, even though we believe that medicines have a very important role to play in improving our lives, we like to talk about skipping medicines, when possible.

This is one of those times when it’s a good idea to start off, not with medicines, which will change your lifestyle just a little bit. For example, there are lots of foods that can actually cause irritable bowel syndrome, Jonathan, do you know some of them?

JB: Yes, exactly, things such as alcohol, chocolate, products with caffeine, dairy products, they can all impact your gastrointestinal system and lead to some of those nasty symptoms of IBS–

SR: Kind of sounds like my entire food group…

JB: Well, sorry to hear about that.

SR: However, irritable bowel syndrome can be caused by non-traditional products, it just depends on what your body responds to. So if you find that you are getting symptoms of irritable bowel syndrome, after eating hot, spicy tacos at 11:30 at night, maybe that’s something to avoid, or it could be something much more innocuous like pizza, or peanut butter and jelly. Bodies are very different, and if something is upsetting your stomach and you can figure out what that thing is, believe it: Your body doesn’t lie to you. Also, it can cause gas and bloating, you can talk about it, and there are some foods that traditionally cause gas and bloating.

JB: For example, that would be things such as beans — even though they have a lot of health value they also create a lot of gas — cabbage and broccoli. Another thing that might also cause some of the bloating associated with IBS are carbonated beverages, so you might want to skip having so much soda which will probably help your teeth out as well.

Another change that you can make to improve your IBS symptoms is to increase your fiber intake. This means that you should be eating some more whole grains, some certain fruits, some vegetables — not the ones that I mentioned, because those can actually exacerbate the situation. And although you want to increase your fiber content, you don’t want to go overboard with fiber because then it could actually end up worsening your symptoms.

Another thing that we want to discuss are probiotics. You’ve probably been hearing a lot about probiotics, you can often find probiotics in foods such as yogurt, as well as in supplements. You should know that although there is some research that shows that probiotics are beneficial, the consensus is kind of mixed in terms of just how effective it is. There’s some research that certain probiotics are better than others, so the bottom line is that probiotics may work in some people, and not in other people, but it’s something that you may want to look at.

JB: Right. The other alternative to medication that I would like to bring up are herbs, there are some indications that peppermint can help alleviate some of the symptoms. There is another herb known as, I hope I get this right, STW 5 Iberogast, there’s been some research to show–

SR: I never heard of an herb called STW–.

JB: It’s STW 5, also known as Iberogast, and it’s actually a blend of several different herbs, to be honest, I haven’t heard of it until I started doing research for this —
but there has been some medical research that supports that as a treatment for IBS–.

SR: It does. In my family, we get fennel, which is an herb. It’s delicious. You cut it, you eat it raw, and it will solve all of life’s problems. It will make your stomach feel so much better, and it has a lot of fiber, so that‘s why we like it.

JB: Just one other thing before we wrap it up, is Su had mentioned at the beginning that there are lots of commercials for irritable bowel syndrome medications, some of the newest ones have names including Linzess, Viberzi, another one is called Amitiza. You should know that these medications do have side effects, for example, Viberzi has been associated with nausea and constipation, Linzess and Amitiza–

SR: Isn’t it nausea and constipation what you’re taking this drug to stop?

JB: Exactly, and it may actually worsen it in some people at least. Amitiza and Linzess — they have a direct impact on bowel movements, so it could actually lead to either diarrhea or constipation. In addition, with Amitiza and Linzess, some people do experience some abdominal pain after taking those medications, so that’s something to look out for.

SR: I’m thinking, changing diet and doing some exercise, that’s a lot better than taking drugs in this case. If it works for you. Obviously, if it doesn’t, you see your doctor and you and your doctor can decide on the best and most appropriate action to get you back to good health. Thanks for watching MedShadow TV, and remember there’s more information, we actually have an excellent article by Tori–

JB: By Tori Rodriguez, and you can find that on our website, medshadow.org, by searching IBS, and you’ll be able to easily find the article and get even more information about other ways of treating IBS that do not include medication.

What Is Irritable Bowel Syndrome and How Best to Treat It?