How Modern Medicine is a Threat to Public Health 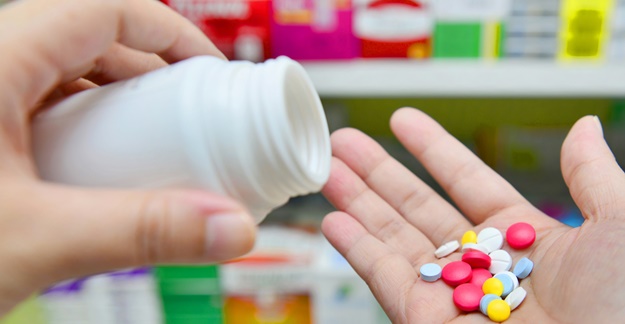 By Dr. Aseem Malhotra
The Guardian

When former airline pilot Tony Royle came to see me last year to seek reassurance that it was OK to participate in an Ironman event, having stopped all his medications 18 months after suffering a heart attack, I was initially a little alarmed.

But after talking to him, I realized he had made an informed decision to stop the medication after suffering side effects, and instead had opted for a diet and lifestyle approach to manage his heart disease.

His case is a great example of how evidence-based medicine should be practiced. This is the integration of clinical expertise, the best available evidence and – most importantly – taking patients’ preferences and values into consideration.

But our health care system has failed to keep to this gold standard of clinical practice for the most important goal of improving patient health outcomes.

The consequences have been devastating. Modern medicine, through over prescription, represents a major threat to public health. Peter Gøtzsche, co–founder of the reputed Cochrane Collaboration, estimates that prescribed medication is the third most common cause of death globally after heart disease and cancer.

In the UK, use of prescription drugs is at an all-time high, with almost half of adults on at least 1 drug and a quarter on at least 3 – an increase of 47% in the past decade. It’s instructive to note that life expectancy in the UK has stalled since 2010, the slowdown being one of the most significant in the world’s leading economies.

Contrary to popular belief, the cost of an aging population in itself is not a threat to the welfare system – an unhealthy ageing population is. A Lancet analysis revealed that if rising life expectancy means years in good health, then health expenditure is expected to increase by only 0.7% of GDP by 2060.

The greatest stress on Britain’s National Health Service (NHS) comes from managing almost entirely preventable chronic conditions such as heart disease, high blood pressure and type 2 diabetes. Type 2 diabetes alone (demonstrated to be reversible in up to 60% of patients) takes up approximately 10% of the NHS budget. A disturbing report from the British Heart Foundation suggests that heart attacks and strokes are set to “surge” in England over the next 20 years as the prevalence of diabetes continues to increase.

Yet rather than address the root cause of these conditions through lifestyle changes, we prioritize drugs that give – at best – only a marginal chance of long-term benefit for individuals, most of whom will derive no health outcome improvement.

The reality is that lifestyle changes not only reduce the risk of future disease, their positive effects on quality of life happen within days to weeks. However, those patients unlucky enough to suffer side effects from prescribed medicines may find their quality of life will deteriorate in order to enjoy small longer term benefits from the medication.

Of course patients may need to use both, but what’s important is that information is presented in a transparent way to encourage shared decision making. The Academy of Medical Royal Colleges’ Choosing Wisely campaign encourages patients to ask their doctor whether they really need a medication, test or procedure.

Prof. Luis Correia, director of the Centre of Evidence Based Medicine in Brazil, says if a clinical decision is not in keeping with the patient’s individual preferences and values, “it will not work”.

A report commissioned by think tank the King’s Fund in 2012 recommended putting patient preferences at the heart of decision making in medicine, suggesting it would not just be a victory for ethics and policy but for finance, too, as the data shows patients given all the information choose fewer treatments. But more than saving money, it will be about redistributing resources within the system to where they are needed most, in acute and social care.

This solution to the NHS financial crisis and giving patients the very best chance of improving their health will require a national public health campaign to reduce the amount of medications the population takes, improving lifestyle and adhering to the true principles of evidence-based medicine that make shared decision making the priority in clinical practice.

A few weeks ago, 4 years after his heart attack and 2 years after coming off all medications and dramatically changing his diet, Tony completed his first Ironman at the age of 58, revealing it’s never too late to improve fitness. But the most important message remains clear: you can’t drug people into being healthier.

Dr. Aseem Malhotra is a consultant cardiologist for the UK’s National Health Health Service and visiting professor of evidence-based medicine, at the Bahiana School of Medicine and Public Health in Brazil.

This article was originally published by The Guardian. Reprinted by permission of the author.