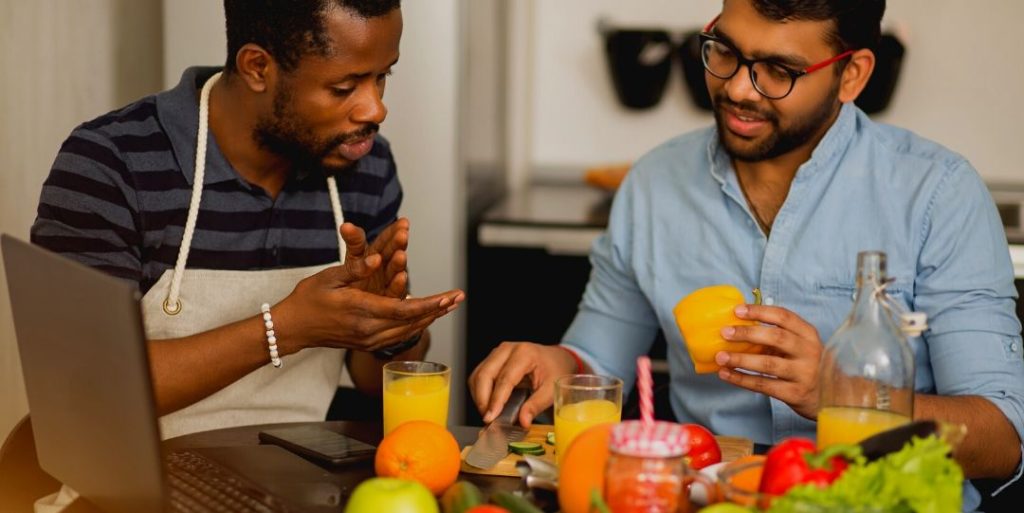 Everyone’s always talking about the Mediterranean diet as the most healthy, but what about other culture’s diets like Indian, African and Mexican foods? This article reports on two studies where nutritionists worked with cultural food preferences and incorporated healthy choices, closer to what their own ancestors ate. Find out what’s the healthiest diet for you!

“‘My Indian patients would look at me like I had totally lost connection with our culture, and they weren’t often implementing these dietary changes that I suggested because they weren’t culturally appropriate,’ Palaniappan said. Her research has shown that such culturally discordant advice can backfire. For example, the evidence-based way physicians often discuss nutrition may not fit with Asian Indian cultural or religious views about food and may cause individuals to feel like they must choose between their Asian Indian identity and being healthy.

“So, she’s changed her approach. She now provides advice that is grounded in her research on traditional Asian Indian diets prior to the 1900s, which were high in ancient grains and low in meat and refined carbohydrates. She also provides tips on nontraditional food items that may work in the context of traditional dishes. For example, swapping whole grain couscous for white rice or tofu for a type of cheese called paneer that is served in a cooked spinach dish called saag paneer…

“…In just 2 weeks, African Americans in the study had dramatic reductions in biomarkers associated with inflammation and colon cancer risk, while the South African participants saw increased inflammatory and cancer risk biomarkers, said lead author Stephen O’Keefe, MBBS, MD, a professor of medicine at the University of Pittsburgh. These changes were driven by metabolites produced by gut microbes.

“‘Metabolites formed by microbes in the colon gives you a mechanism of how the change from a low-fiber to a high-fiber diet might actually reduce your risk of colon cancer,’ O’Keefe explained.”

The article goes on to describe specific health benefits such as modestly improved insulin sensitivity in a study including first and second generation Mexican-Americans. Another study swapped diets: a rural African community used to a traditional diet received Western style food and cancer risk markers increased within two weeks. An African-American group was given a traditional rural African diet for that same time period and their cancer markers went down.