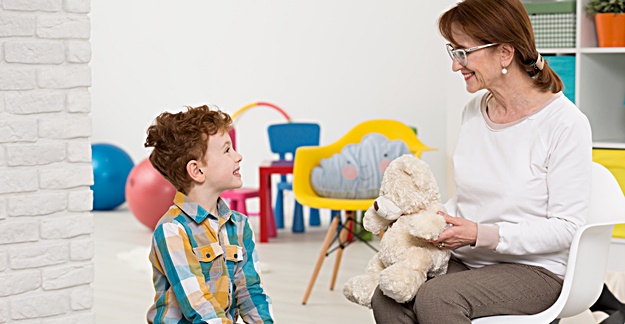 Children exposed to a wide range of endocrine-disrupting chemicals during gestation appear to have a greater risk of neurodevelopmental delays, according to a new study published in the journal Science.

Though the authors don’t address DES, their study raises questions about the potential influence of DES on neurodevelopment since DES is among the strongest endocrine-disrupting chemicals.

What makes this study different from previous studies is its emphasis on looking at the potential effects of exposure from mixtures of different EDCs as opposed to a single EDC. Most studies look only at specific chemicals rather than combinations of them. This study focused on 15 chemicals belonging to three groups: phthalates, alkyl phenols, and perfluoroalkyl substances (PFAS).

The study involved 1,874 pregnant women enrolled in a long-term Swedish population study between November 2007-March 2010. At 10 weeks gestation, urine tests were used to estimate exposures to the chemicals being studied, and the women answered questionnaires about food and environmental exposures.

The women’s children’s language delay was assessed at 2.5 years old (30 months) using standardized, validated tests. About 10% of children in the population had language delay, defined as having fewer than 50 vocabulary words by 30 months old.

The researchers also conducted a series of experiments using fetal brain tissue from tadpoles and zebrafish to better understand effects of EDCs on the tissue and molecular pathways involved in the brain. To conduct these experiments, they tested six different concentrations of the EDC mixture seen in the study population: 0.01, 0.1, 1, 10, 100, and 1000 times the levels measured in the women.

Combining the experimental evidence and the epidemiology exposure evidence from the Swedish study, the researchers’ findings suggested that about 54% of the children in the study had been prenatally exposed to concentrations of EDC mixtures that could have biological effects, including language development delays.

In an accompanying commentary about the study, Zeyan Liew and Pengfei Guo, both environmental health scientists at Yale, noted that “humans are exposed to multiple classes of EDCs through their encounters with polluted air, water, food, and consumer products.”

PFAS are particularly persistent in the human body, with a half-life of 4-8 years, they note, and while phthalates and phenols are less persistent, “humans are repeatedly and constantly exposed to them, for example, from personal care products.”

Yet we still don’t fully understand the potential long-term developmental consequences that can be caused by widespread use of EDCs.

The difficulty in understanding exposures and effects is compounded by the wide range of EDCs that exist and their varying use. This study only looked at three classes of EDCs and only a small number of chemicals within those groups. Yet it’s estimated that more than 4,000 PFAS alone have been used in commercial products, and currently, “no human studies can accurately detect and quantify the concentrations for all possible PFASs,” the Yale researchers wrote.

It will take pressure on legislators and regulators and advocacy and awareness about the harms of EDCs to lead to adequate research and meaningful regulations to protect people’s health.