Corticosteroids Are Bad for Bones (and Health) 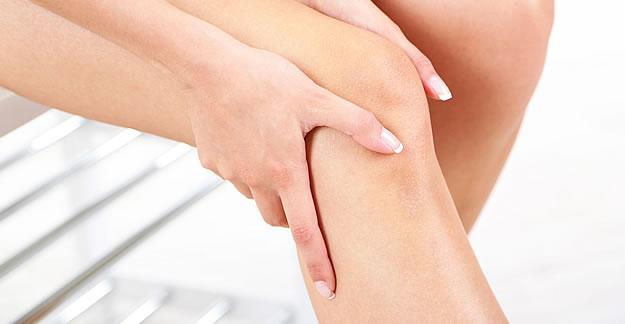 Not all steroids make you stronger. Some commonly prescribed forms of this powerful class of drug might actually make you weaker, especially when it comes to your bones.

With strong anti-inflammatory and immunosuppressive properties, corticosteroids, the legal kind of “steroids,” have been prescribed since the 1950s to treat more than a dozen acute and chronic conditions, as both prescription and over-the-counter drugs. When it comes to serious and potentially debilitating side effects, the method and duration of corticosteroid delivery matters.

Corticosteroids, also known as glucocorticoids because of their effect on glucose metabolism, may lead to steroid-induced hyperglycemia or diabetes. An analysis of 13 studies found that corticosteroid use leads to hyperglycemia in 32.3% of people and diabetes in 18.6% of people who take them, depending on a number of variables. High-dose steroids, through various delivery methods, can also affect vision, causing cataracts and glaucoma, which may require surgery to prevent blindness.

“Oral steroids are horrible drugs in terms of side effects, both acute, [meaning]when you take them, and long-term,” says D. Kyle Hogarth, MD, associate professor of medicine and director of bronchoscopy and of pulmonary rehab at the University of Chicago Medicine. “We need them for certain situations and conditions, but we should be viewing them only as a last resort. Nobody should ever be choosing oral steroids when there’s a better choice.”

Sometimes the Only Option

Despite their long list of ill effects, steroids are often necessary for emergency situations, such as an acute asthma attack; as a part of a cancer-fighting therapy; or to prevent organ transplant failure. In some inflammatory diseases, such as inflammatory bowel disease (IBD), systemic corticosteroids are used to induce an initial remission. They may also be used as a last resort for pain and inflammation, such as that from the painful condition osteoarthritis.

In cases where corticosteroid use is part of or the only effective treatment for disease, reducing or eliminating their use may not be an option. A report published in the journal Clinical and Experimental Gastroenterology notes that 17% to 38% of patients with moderate to severe IBD have steroid-dependent disease. That means that they are unable to taper off steroids without experiencing a flare-up.

If you need to be on systemic or long-term corticosteroids, your doctor should monitor your weight, blood pressure, triglycerides, cholesterol, blood sugar and bone density levels and offer treatment options that address the dangers of GIOP (glucocorticoid-induced osteoporosis) and steroid-induced diabetes.

Never stop steroids on your own. Corticosteroids mimic the natural hormone cortisol, produced by the body’s adrenal glands. Stopping steroids abruptly, before the adrenal glands have the ability to once again produce their own cortisol, could result in a life-threatening adrenal crisis. Even if you experience severe side effects, you should still be under a doctor’s guidance to slowly reduce or stop your dosage.

“If you take an equivalent dose of prednisone at greater than 2.5 mg per day for greater than three months, you are at risk for glucocorticoid-induced osteoporosis,” according to the American College of Rheumatology.

It’s precisely because of this risk that systemic corticosteroids are no longer a first-line therapy for conditions such as asthma and dermatitis, though there are exceptions.

Even when properly used, systemic corticosteroids start one problem that leads to others. That’s what happened to journalist and nonfiction author Caitlin Kelly: When nothing else worked for severe osteoarthritis pain in her left hip, her orthopedic surgeon prescribed a course of an oral steroid, shorter than the 90 days that would put her at high risk for GIOP. Shortly after treatment began, Kelly says she experienced different, excruciating pain. “It was agony to take even a few steps,” she says.

Kelly was told of her risk for GIOP, but probably because of the short course, she wasn’t closely monitored, nor was she put on any preventative measures, such as the use of bisphosphonates (osteoporosis drugs). In fact, her massage therapist was the one who suspected her pain was more than the original osteoarthritis pain. Kelly had to push her doctor to order an MRI to find out what was going on. The result: She had developed avascular necrosis (AVN), death of the bone tissue, due to lack of blood supply caused by a fracture or dislocated joint. Also known as osteonecrosis, the joint damage was caused by GIOP likely brought on by corticosteroids, which is why AVN is also associated with high-dose steroid use. Kelly would eventually require a total left hip replacement at the age of 54.

“Living with 24/7 pain, which the AVN provided until my surgery 2 1/2  years later, was an utter misery. It really destroyed my life in some ways,” says Kelly, who urges all patients to challenge their doctor if they suspect something isn’t right.

Within the first months of using glucocorticoids, patients experience a rapid decline in bone mineral density (BMD), according to research on how the drug affects bone loss. The decline in BMD peaks after 6 months of use, but continues with a slow, steady loss with continued use of glucocorticoids. This is according to the American College of Rheumatology 2017 Guideline for the Prevention and Treatment of Glucocorticoid-Induced Osteoporosis.

New therapies, such as disease-modifying antirheumatic drugs (DMARDs) and biologics, have replaced glucocorticoids as a first-line therapy in conditions, one prime example of which is rheumatoid arthritis (RA). In instances of RA flare-ups, short-term glucocorticoids, if used, are recommended at the lowest dose possible for the shortest duration possible, according to ACR’s 2015 Guidelines for the Treatment of Rheumatoid Arthritis. ACR’s 2020 guideline for RA management is anticipated in 2021.

Despite the known GIOP risks, patients often either aren’t aware of these treatment options or aren’t advised by their doctor to take precautions. According to ACR’s GIOP guidelines, “Despite increasing information about risk factors for fracture in glucocorticoid users and the availability of effective therapies to prevent fracture, many long-term glucocorticoid users never receive therapy to prevent bone loss or are treated only after a fracture has occurred.”

Doctors may recommend mitigating the risks of GIOP through various treatment options: Actonel (risedronate) and Reclast (zoledronate) are FDA-approved for both the prevention and treatment of GIOP. Fosamax (alendronate), Prolia (denosumab) and Forteo (teriparatide) are FDA-approved for the treatment of GIOP. Whether these drugs can reverse the damage isn’t known, and depends on pre-existing levels of bone loss, among other factors. At a minimum, the American College of Rheumatology recommends patients on corticosteroids should take at least 1,200 mg of calcium and 800 to 1,000 international units (IUs) of vitamin D supplements each day.

Not all steroids can or should be avoided, as they are often a first-line therapy for many conditions. Local or site-specific corticosteroids, such as inhaled corticosteroids (ICS), those that are site-injected or those that come in a topical application, deliver a much lower steroidal dose and pose fewer and far less serious side effects and risks. Chances are you’ve used an OTC corticosteroid but may not have realized it. They are the main ingredient in many OTC anti-itch creams, and many OTC allergy nasal sprays, such as Flonase, Rhinocort and Nasacort.

For allergic rhinitis, an inflammation of the nasal passages caused by either seasonal or perennial allergies, steroidal nasal sprays are considered a first-line therapy for those with severe symptoms and have been shown to relieve symptoms more effectively than first-generation oral antihistamines, without the sedative side effects.

Common side effects of OTC steroid allergy sprays include headaches, nosebleeds, and dry or irritated nose and throat. If you experience severe or frequent nosebleeds, the drug label states that  you should stop the medication and contact your doctor. For children and adults with asthma, inhaled corticosteroids (ICS) are the go-to drug for most doctors and patients because of their proven efficacy.  ICS drugs work by reducing airway inflammation associated with asthma. Because each patient is different, your doctor can help you determine the best ICS and dose for your asthma’s severity.

All inhalants can also cause mouth thrush. Rinsing your mouth out with water after each use reduces your risk. Other common side effects include dry mouth and some voice changes.

“Inhaled corticosteroids are actually one of the nice advancements for asthma because you get all the benefits of steroids without the side effects, due to their limited systemic absorption. You are getting the good benefit where you want it, with lower risk of systemic side effects,” says Dr. Hogarth.

Taking ICS drugs long term may also increase your risk of pneumonia. But here, too, says Dr. Hogarth, the benefits of ICS drugs far outweigh the risks. “What we definitely know is that not treating your asthma increases your risk for pneumonia,” he says.

Some research has found that inhaled corticosteroids (oral and nasal) may stunt bone growth in children, but that hasn’t been proven definitively, says Dr. Hogarth. Again, the danger is more likely with high-dose, long-term systemic use.