Medicating the Genius Out of Our Kids 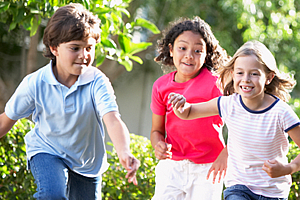 “More than 10,000 American toddlers 2 and 3 years old are being medicated for ADHD outside established pediatric guidelines.” (NYT)

“Valid diagnosis of ADHD in a toddler is not supported by evidence,” according to Susanna Visser, DrPH, MS of the CDC’s National Center on Birth Defects and Developmental Disabilities.

What happened to the accepting tone of “ants in the pants?” Kids wiggle, move, get distracted and through all this inform the rest of us how wonderful life is.

I have often worried out loud in this blog about the effect that stimulants might be having on our children. I don’t dispute that Ritalin, Wellbutrin, Adderall, etc., can be very effective in aiding concentration in children suffering from ADHD. But are we as a society valuing classroom obedience over development? Is there a cost to medicating spacey/distracted/disobedient/tantrum-oriented kids and is that cost too high?

More than 10,000 toddlers are given ADHD drugs daily. This number comes from the CDC (Centers for Disease Control) and is a reasonable extrapolation based on Georgia Medicaid information.  Susanna Visser, of the CDC’s National Center on Birth Defects and Developmental Disabilities, gave this presentation at the Georgia Mental Health Forum on May 16, 2014. I wasn’t at that conference, but the CDC supplied me with the presentation. There are several worrisome conclusions that can be drawn: drugs are sometimes given to children as a first resort, not last; children in foster care are medicated at a much higher rate than those in intact families; and, based on the Medicaid numbers, one can reasonably project that more than 10,000 toddlers are being medicated so they will — what — not act like a toddler?

Every parent whose child is or might be on an ADHD medicine should know about the study published this past March in Pediatrics. The study found that while on a stimulant, children’s BMI (Body Mass Index) was low, their height and weight gain slowed. But after coming off the stimulant, the drug had a rebound effect making the kids much more likely to be obese adults. From Time magazine, “It’s not clear how that may be occurring – but children’s brains are still developing, and it’s possible that the changes in brain chemicals caused by the ADHD medications could reset and prime young bodies for obesity by disrupting normal appetite signals and the calorie-burning processes.” Is this the only long-term effect that we didn’t know about ADHD drugs?

Not likely. From Visser’s presentation: The long-term side effects of ADHD medications are not completely understood. We know that they cause growth suppression (approximately 2 cm and 1kg) and can cause paranoia or hallucinations. Ongoing research and concerns include damage to the developing brain (particularly among the very young), genetic toxicity, later drug abuse/addiction, cardiovascular incident and sudden death. Note that obesity/diabetes wasn’t even on her radar screen.

When our doctor diagnosed ADHD for our child and wrote out a prescription for Ritalin, I asked about long-term studies on the drug’s effect on the brain. The doc said, “We’ve been giving Ritalin to kids for 20 years. We’d know if there were any problems.” I wondered how that was true if the medical community wasn’t looking for them.

That was 8 years ago. Since then, a few studies have been conducted on the specific issues that I was concerned about, and there are doctors who don’t seem quite so cavalier as our specialist. (I am criticizing this one doctor, not all doctors.) However, there are far too few studies and nowhere near enough support for parents to work with ADHD symptoms rather than medicate them away.

Because of my fear of long-term adverse outcomes from medicines, my husband and I chose to get training to help us work with our child on his attention issues. It was very hard to change our patterns and the process was slow. We learned a lot about ourselves and our child through those years. A 2013 study showed that PBT – Parent Behavior Training – was more effective than drugs.

Some doctors (and most pharmaceutical companies) will push medicines first, using a 20-year-old study as the standard. It was an important study, but the results were misrepresented. At the time the headlines screamed that stimulants were more effective than Parent Behavior Training. In December 2013, authors of that very study suddenly backpedaled and claimed the study results were misrepresented. Now the authors are claiming what they meant was behavioral training should be the basis for care with medicine used only to kick-start the process.

U.S. doctors have been diagnosing ADHD in ever-growing numbers for the past 40 years. Yet in that time frame, has the American student’s performance improved on a worldwide comparison? Most reports show our students lagging. Are we medicating the genius out of our kids?

“Don’t you ever let a soul in the world tell you that you can’t be exactly who you are.”
― Lady Gaga