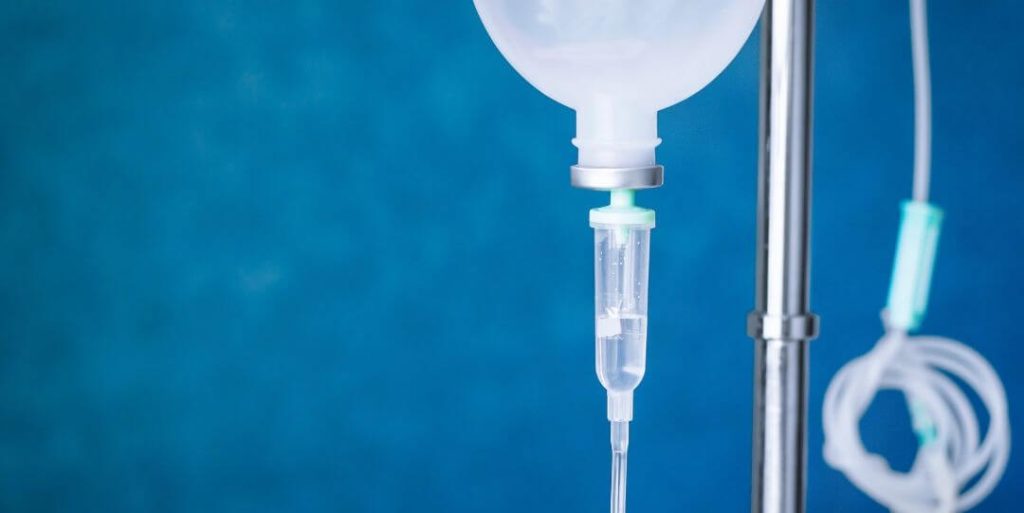 EBTA is off-patent so it’s inexpensive, but no drug company will push it.

For years, alternative health providers have used chelation therapy—an IV treatment approved by the FDA only for heavy metal poisoning—on heart disease patients. They noticed patients treated for lead poisoning were seeing improvements in their cardiovascular health and thought chelation could help with heart disease.

But many in the mainstream medical community called chelation for heart disease “quackery.” Some who practiced it were even targeted by medical boards for disciplinary action, even when no patients were harmed. Now, a National Institutes of Health clinical trial, the first ever large-scale multicenter study to look at chelation and heart disease, has started to shift the conversation.

Spearheaded by Dr. Gervasio A. Lamas, chairman of medicine and chief of the Columbia University Division of Cardiology at Mount Sinai Medical Center, the $30 million-plus Trial to Assess Chelation Therapy (TACT) has shown promising results for chelation outside its use in eliminating heavy metals. Results suggest heart patients, especially those with diabetes, may benefit from chelation. A second trial is currently underway.

At the same time, as both acceptance of the treatment and awareness of the ill effects of non-acute, but still high, levels of heavy metals have grown, more and more patients have started to receive chelation.

“Chelation had been deemed junk science,” said Ronald Hoffman, a physician and medical nutritionist in private practice in Manhattan who helped design the TACT trial. “This is the first study in the eyes of the medical community that has stature.”

Patients receive chelation on an outpatient basis at a doctor’s office. They’re hooked up to an IV and receive a solution over the course of one or several hours.

Patients with high blood levels of metals like lead get a series of IV cocktails primarily made up of EDTA (calcium ethylenediaminetetraacetic acid), a synthetic amino acid. Vitamins and minerals are added to the mix since EDTA can also pull nutrients from the body.

The EDTA binds with the metal, then both are excreted by the kidneys through urine. Studies have shown chelation is effective in ridding the body of heavy metals, which can impair organ functioning and lead to long-term health problems.

For heart patients, most early studies into the efficacy of chelation were observational, uncontrolled or involved few patients, leaving the benefits and risks murky. What’s more, several deaths in the 1950s from kidney toxicity spooked the medical community. At the time, the EDTA dosage was close to 10 grams per infusion. Now, it’s three.

The seed for a clinical trial was planted years ago when Lamas told a heart patient that chelation wasn’t worth a try, but doubted himself after studying its success with heavy metal toxicity. Results of the TACT trial were announced in 2013.

The placebo-controlled, double-blind study included 1,708 participants 50 years and older with a prior heart attack. Researchers set out to determine whether EDTA chelation therapy and/or high-dose vitamin therapy is effective in treating coronary heart disease. Participants from 134 sites across the US and Canada received 40 intravenous infusions over 40 weeks and were followed for the next several years. Infusions were either disodium EDTA (similar to calcium EDTA) or a saline solution.

Researchers found that 40 infusions modestly reduced the risk of some cardiac events in adults who had previously had a heart attack. Whether it was the EDTA that helped or the vitamin and mineral components of the infusion was unclear. One theory is that chelation eliminates heavy metals associated with damage to the body’s systems. Lead and cadmium have been tied to higher incidences of stroke and heart attack.

Those who had chelation had an 18% lower risk of subsequent cardiac events—heart attack, stroke, hospitalization for angina or coronary revascularization. For diabetes patients, results were especially encouraging. They had a 39% reduction in risk, while those who had experienced a specific type of heart attack—an anterior MI—were found to have a 37% reduction in risk of future heart complications.

Yet researchers were careful to caution that results alone aren’t sufficient to support the routine use of chelation for heart attacks. A second trial is looking at whether chelation plus oral multivitamins and multiminerals will reduce the number of strokes and heart attacks in patients with type 2 diabetes who’ve had a heart attack.

Hoffman started using chelation with patients for heavy metals and cardiovascular issues in the early 1990s. He was skeptical at first when a colleague mentioned the treatment. It seemed “a little fringy,” he said.

He used chelation with a patient with blockages in his lower extremities who could barely walk. “He had dramatic improvement in circulation,” Hoffman said. “That launched my chelation career.”

In Austin, Texas, Ann Shippy, a doctor who is board certified in internal medicine and functional medicine, has had patients come to her for help after having reactions to IV chelation—headaches, fatigue and weight gain.

To detox patients from heavy metal, she focuses instead on supportive supplements and diet changes, though if needed she will use oral chelating agents DMSA and DMPS. “I’m more conservative,” she says, “but for some people, IV chelation is life-saving.”

Patients with kidney problems must be monitored during chelation because EDTA can be toxic to the kidneys, Hoffman said.

For most though, the only side effect is a burning sensation at the IV site. Rare side effects include fever, headache, nausea and vomiting. Extremely rare are heart failure, a sudden drop in blood pressure or permanent kidney damage.

Chelation must be performed by a trained physician. For patients, it’s a big commitment, Hoffman says. Doctor’s office visits draw out over weeks or months. “It’s not just a pill that can be prescribed,” he said.

Hoffman adds that the patent on EDTA has expired, meaning any pharmaceutical company can make it. That removes the financial incentive, meaning chelation doesn’t make drug companies money.

For these reasons, TACT researchers aren’t convinced cardiologists will jump to offer the treatment, even if the results of TACT2 suggest it’s effective and safe. One possibility is for pharmaceutical companies to make an oral version of TACT’s therapy for heart patients, but that’s likely years away.