6 Things to Know About Kratom 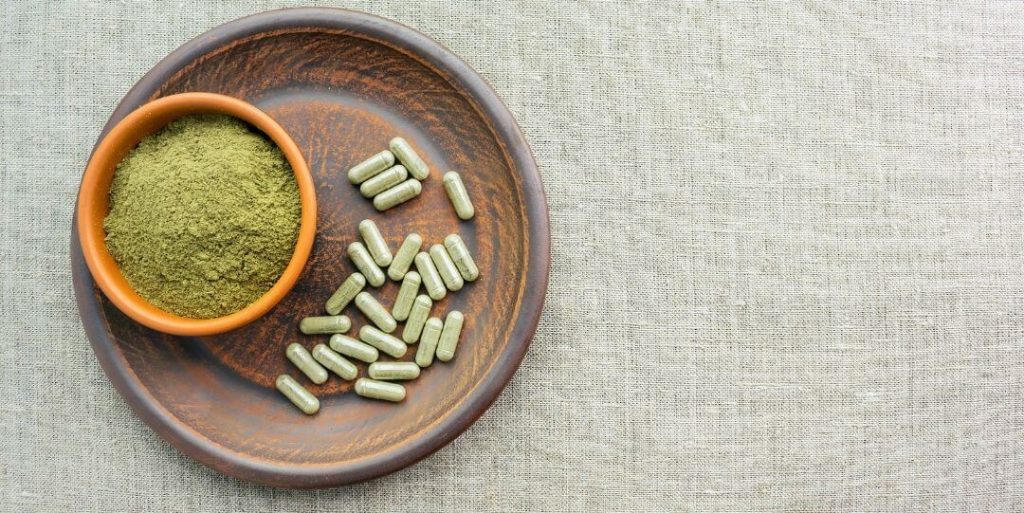 Kratom sounds like it could be kryptonite’s second cousin. In fact, it’s an herbal supplement that’s said to have some pretty extraordinary superpowers.

According to its fans, kratom can reduce pain and help drug users recover from addiction. But critics say it’s a dangerous opioid just like heroin and oxycodone, and they want the federal government to ban it. Some states and cities have already done just that.

Kratom, an herbal medicine derived from the leaves of a tree found in Southeast Asia, is easy to find in much of the US. In many places, all you need to do is go online or visit a nearby head shop to buy kratom tea or kratom capsules.

Here’s a look at six things to know about kratom:

Firm information about its benefits and risks is elusive. Much of what we know about kratom is based on the individual experiences of users, not evidence-based research.

In lower doses, kratom can produce a “mild stimulant effect that most individuals perceive as pleasant but not as intense as those of amphetamine-like drugs,” researchers reported in 2012 in the Journal of the American Osteopathic Association, while higher doses are linked to sedation, pain relief and euphoria.

“We have considerable evidence that people are using it to relieve both acute and chronic pain, and that they are reporting positive results,” said psychologist Marc T. Swogger, a professor at the University of Rochester who studies kratom.

However, as Swogger has acknowledged, there’s little hard data about kratom’s benefits in humans other than the results from surveys of users. No scientists, for example, appear to have tested it against other over-the-counter or prescription painkillers in a randomized, blind study, and there’s been little research into its use to treat withdrawal in opioid addicts.

According to the Mayo Clinic , which recommends against kratom use, the drug can cause a variety of side effects such as weight loss, vomiting, liver damage, hallucinations, seizures, constipation and muscle pain. According to researchers, higher doses of kratom appear to translate to more side effects.

As for addiction, “kratom has a clear dependence syndrome in some people who use it at high doses [more than five grams a day] for a long period of time [more than two weeks],” said Swogger. “Such use tends to lead to withdrawal symptoms when intake is stopped.”

Research, he said, suggests that “kratom leads to symptoms similar to classical opioid withdrawal, but are considerably more mild and do not appear to lead to decreased functioning at work or socially.”

In 2018, the FDA announced that it had 44 reports of deaths linked to kratom. Many — if not all — of the reported deaths linked to kratom occurred in people who used other drugs that may have played a role. Therefore, the risk of death among kratom users is unclear, and no one knows if it’s more significant than the risk of death in people who take other drugs like aspirin, antidepressants and legal painkillers.

The American Kratom Association, a kratom trade group, says “there has not been a single documented fatality that can be linked to use of the natural kratom plant.”

Still, some researchers believe kratom can boost the risk of serious medical problems when it’s taken with other drugs.

Former FDA Commissioner Scott Gottlieb issued a stark warning in a statement: “Kratom should not be used to treat medical conditions, nor should it be used as an alternative to prescription opioids. There is no evidence to indicate that kratom is safe or effective for any medical use.”

In an interview, another doctor said this is exactly the right message for anyone who might be tempted to try kratom. “Experimenting with kratom is more dangerous than it seems, and no dose is a safe dose,” said Cornel N. Stanciu, MD, a professor of psychiatry at Dartmouth’s Geisel School of Medicine and director of addiction services at New Hampshire Hospital.

Kratom is gaining a reputation as a helpful drug for users of opioids like heroin or oxycodone who want try something safer.

“Some people are successfully using it as a longer-term opioid substitute,” said Kirsten Elin Smith, a graduate student and researcher at the University of Louisville who’s studied kratom use among drug addicts in Kentucky and authored a 2017 study on it. “And some are using it as a stop-gap if they can’t get the drug of their choice — heroin or prescription opioids.”

In the US, kratom is banned in some places — more on that below — and is not regulated at all. “People cannot be assured that the product is pure,” Swogger said. “Some vendors are stepping up and having their product tested, but broader regulation is necessary.”

Dr. Stanciu, the Dartmouth professor, said the lack of quality oversight is reason enough to not take kratom. As he pointed out, one risk is that people may be poisoned by additional ingredients that are added to kratom.

There’s already been a widespread case of illness. The FDA announced last year that at least 199 people across 41 states were sickened by an outbreak of salmonella linked to batches of kratom. The FDA warned that it found salmonella in 33 of 66 kratom samples.

The DEA may ban the main components of kratom, declaring them to be Schedule 1 substances that have “no currently accepted medical use” and a “high potential for abuse.” If this happens, kratom would join heroin, LSD, marijuana and cocaine on the Schedule 1 list.

For now, though, kratom is legal in most — but not all — of the United States. According to the American Kratom Association, kratom is banned in Alabama, Arkansas, Indiana, Rhode Island, Vermont and Wisconsin. A handful of counties and cities — including Washington, DC, and San Diego — have also banned it.

Swogger fears a ban will be harmful: “People currently using kratom to reduce opioid use will be left with fewer options, and some will die of opioid overdose. A black market will develop. And more people will be incarcerated for taking a plant that they feel helps them.”

While Stanciu opposes the use of kratom, he supports an alternative to banning it. “A better approach,” he said, “would be to educate people about the risks and hope to decrease its prevalence while addressing patients’ symptoms through more evidence-based approaches.”