5 Things to Know About Statin Alternatives 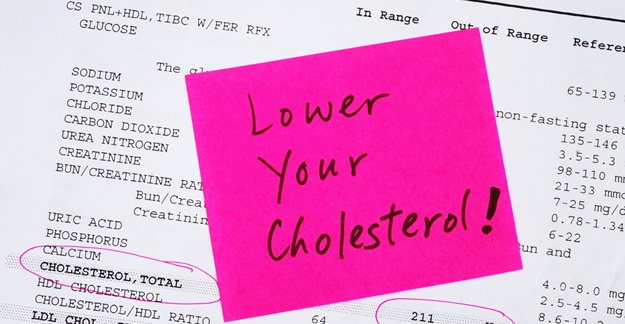 Statins are used to lower cholesterol, but some people have side effects or don’t want to take meds. Find out about alternatives and their effectiveness.

More than 30 years have passed since the first cholesterol-busting statin drug hit the market in the United States, and the medications remain blockbusters. If you’re an older American, there’s a good chance you take one to lower your risk of heart attack. A 2014 Centers for Disease Control and Prevention report found 28% of Americans 40 and over take a statin.

In general, the drugs — including Lipitor (atorvastatin), Crestor (rosuvastatin) and Zocor (simvastatin) — are widely praised by cardiologists. “Without question, widespread application of statin therapy has been a major public health advance, especially when used in high doses for patients at highest cardiac risk,” wrote Dr. Robert A. Harrington, president-elect of the American Heart Association, in a 2017 issue of JAMA Cardiology.

But there’s intense debate over who should take statins, and the drugs are linked to side effects such as muscle weakness and muscle pain. (Cardiologists say these can be addressed by switching statin medications or changing doses.) In addition, there are conflicting guidelines on who should be on the meds.

There are alternatives to statins for patients who need to address high cholesterol or just don’t want to take the drugs. Fish oil doesn’t seem to work, despite all the hoopla, and you may get plenty of benefits at low cost by simply changing your diet.

Here are five things to know about alternatives to statins:

Fish oil supplements, a popular over-the-counter treatment for cholesterol, are big. How big? Really big. In 2012, fish oil/omega-3 fatty acid supplements were, by far, the most popular natural health product sold in the United States, according to a federal survey . An estimated 19 million adults (7.8% of US adults) took them in 2012 — more than those who took ginkgo biloba, ginseng, garlic supplements, melatonin, coenzyme Q10 (CoQ10), echinacea, probiotics/prebiotics and cranberry pills and capsules combined.

Here’s the problem: Fish oil doesn’t seem to do much to protect the heart. Last year, a Cochrane Review of 79 studies with more than 112,000 subjects found that eating more fish oil — either through supplements or food – “probably has little or no effect on cardiovascular deaths or deaths from any cause.”

Could fish oil supplements actually be harmful? Maybe. They’re considered food supplements, not medications, so they’re not regulated like drugs.

According to Dr. Michael Miller, a cardiologist with the University of Maryland School of Medicine, research suggests some fish oil supplements contain toxins and high amounts of saturated fat. “Fish oil supplements are more harmful than helpful, and I do not recommend their use,” he said.

2. Prescription Fish Oil Can Be Useful — But Not for Cholesterol

Triglycerides are a type of fat that can clog blood vessels just as cholesterol does. Patients often have high levels of both “bad” (LDL) cholesterol and triglycerides.

“I prescribe these medications for my patients with elevated triglycerides [above 150 mg/dL] who are at increased risk of a heart attack or stroke,” Dr. Miller said.

Prescription fish oil is generally inexpensive for patients with insurance, he said, and it’s “generally well tolerated [but] with an increased risk of bleeding as a major side effect.”

3. When Statins Fail, There Are Other Drugs, But Some Can Be Pricey

Several drugs aim to lower high cholesterol when statins can’t do the job. One option is Zetia (ezetimibe), which is available as a generic. “It lowers LDL cholesterol like statins do, but it works upstream, blocking cholesterol absorption in the gut,” said cardiologist Dr. Ann Marie Navar of the Duke Clinical Research Institute. “It’s not used as much as statins because it doesn’t lower cholesterol nearly as much, nor does it lower the risk of heart attack as much as statins. But for people who don’t want to take a statin or can’t take a statin, it’s a great alternative.”

Newer statin alternatives include biologic injectable drugs Praluent (alirocumab) and Repatha (evolocumab), both PCSK9 inhibitors that work by helping to boost the ability to remove LDL cholesterol from the blood. “Both drugs lower LDL cholesterol dramatically, are safe and well-tolerated, and lower the risk of heart attack and stroke in large trials,” Dr. Navar said.

What about boosting “good” cholesterol [HDL]? Niacin — a B vitamin — has long been touted as a tool to raise HDL. However, “there just aren’t data there to show benefit,” Dr. Navar said, and some cardiologists believe treatment with niacin is more harmful than helpful. It can also cause the potentially embarrassing side effect of skin flushing.

Inexpensive fiber supplements are mainly designed to get your digestive system moving. And some — such as those with psyllium — have another benefit: They might slightly reduce your cholesterol levels.

You may be able to lower your cholesterol by 5 to 10% by consuming one to three packets of Metamucil – which contains psyllium — each day, Dr. Miller said. Be careful to follow instructions, however, since fiber supplements can cause digestive problems.

Research suggests that other foods can help lower cholesterol, including nuts, soy and fruits that are rich in pectin, such as apples, grapes and strawberries. Foods fortified with sterols and stanols – substances that occur naturally in vegetables, fruits, nuts and grains – and some kinds of margarine can also be helpful.

“Regular exercise and a healthy diet are critical for preventing heart disease and all sorts of other diseases,” Dr. Navar said. “Avoid trans fats and saturated fats, eat less sugar, and eat more lean meat, vegetables, fruits, nuts and olive oil. If you drink, do it in moderation.”

For example, a whole-foods, plant-based diet can help lower your cholesterol dramatically.

Dr. Navar offers more advice: “Exercise 30 minutes a day most days of the week, and make it count! If you can sing a song while exercising, you aren’t working hard enough.”