A Nasal Spray for Dry Eye? 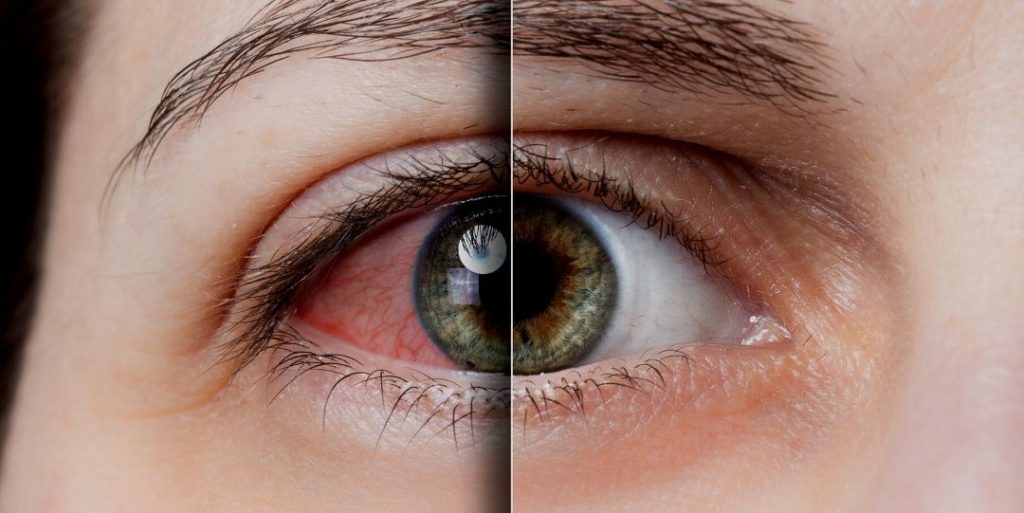 The Food and Drug Administration (FDA) approved Tyrvaya, a new nasal spray designed to treat dry eye disease, in October 2021. A major benefit of the new drug is that it won’t require patients to apply drops directly to their eyes, which is very hard for some to tolerate. Some eye drops on the market irritate eyes and can even cause a rebound effect, making symptoms worse overtime.

Some might wonder about the frequency with which patients are directed to use Tyrvaya. Rather than drops that are used as-needed, the new drug is a nasal spray that you squirt into your nostrils twice daily to increase tear production. Sneezing was the most common side effect, with almost everyone in the trial reporting an achoo or two.

“The data from the FDA trials appear promising, and I am hopeful that it will work even better in combination with existing dry-eye therapies for patients who are looking for greater relief,” Dagny Zhu, an ophthalmologist and cornea, cataract and refractive surgeon, at Hyperspeed LASIK | NVISION Eye Centers in Rowland Heights, Calif., told MedShadow.

However, with new treatments come the possibility for side effects that you need to be aware of.

Zhu says that one benefit of the new drug is that “because it is administered nasally rather than [as] an eye drop, there is less toxicity to the surface of the eye from long-term use.” Patients who use eye drops often experience a rebound effect, where redness and itchiness actually worsens with continued use.

When sprayed into your nose, Tyrvaya travels through your trigeminal nerve, a large bundle of neurons that helps you chew, swallow and feel sensations on your face and scalp, to your ophthalmic nerve, where it stimulates acetylcholine receptors thought to provoke the production of tears.

Tyrvaya’s active ingredient is the same one used in Chantix, a drug taken orally that helps people quit smoking. Chantix pills are generally prescribed starting at 0.5mg of varenicline, the active ingredient in both Chantix and Tyrvaya. Chantix is known to produce such side effects as nausea, diarrhea, headache, fatigue, insomnia, pain and even hallucinations. Tyrvaya doses have smaller amounts of varenicline, 0.03mg and the two clinical trials didn’t identify the same side effects as for Chantix. However, doctors and patients should keep a close watch, because a range of side effects are commonly identified only after a drug enters the market and is prescribed to large numbers of people.

The clinical trials showed that about half of patients saw substantial improvements in their Schrimer score, a measurement commonly used to evaluate dry eye in clinical trials.

Rappaport, who says she will recommend Tyrvaya for patients whose dry eye is not controlled with eye drops or nonpharmaceutical strategies, pointed out that the drug did not lead to statistically significant improvements on a different clinical test—the controlled adverse environment (CAE) stress test. In this test, patients enter a climate-controlled chamber, where they’re exposed to conditions that can make it difficult to maintain adequate tear production, such as low humidity and tasks that require them to focus their vision, while scientists evaluate their dry eye symptoms.

Most of the patients in the FDA-reviewed trials used the nasal spray for about one month. The longest any patient in the trial was followed was for 105 days of use.

Dry Eye Is Often a Side Effect of Other Drugs

Lastly, if you’re experiencing dry eyes, it’s possible that it’s a side effect of a drug you’ve already been prescribed for another ailment. Before reaching for over-the-counter or prescription eye drops or nasal sprays to add to your regimen, you can talk to your doctor about whether you can try an alternative treatment or alter your dose to lessen the impact.

Drugs and treatments that can cause dry eye include:

I’m an ophthalmologist and this was good info. I’m wondering though how much the medicine cost and it might be difficult to get approval from insurers.