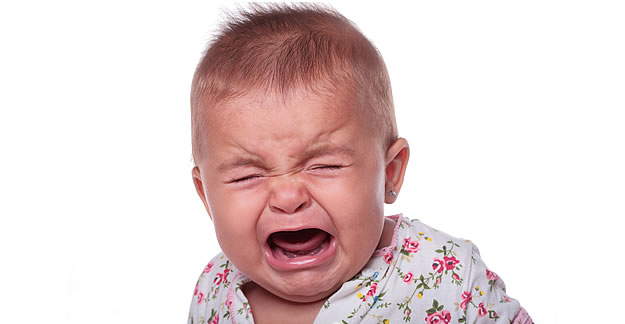 We need to talk: Babies spit up. It happens.

Unfortunately, too many parents, too soon, whisk their newborn off to the doctor in search of a solution. Not only is this a misguided attempt to cure a problem that (most of the time) doesn’t need curing, but 2 new studies show that using PPIs (proton pump inhibitors) in infants can lead to a higher risk of allergies and more broken bones. (PPIs are often prescribed to prevent acid reflux.)

“Seventy percent of infants under 3 months will spit up 3 times a day, and it’s even perfectly normal for them to be spitting up as often as 10 or 12 times,” says William Byrne, MD, chief of pediatric gastroenterology at Doernbecher Children’s Hospital, in Portland, Oregon. (Parents Magazine)

For an otherwise healthy child, don’t medicate. Screaming, turning away from the bottle and arching the back are normal for a baby and don’t indicate acid indigestion. Of babies who spit up, 95% do not have acid reflux, or GERD. And if they have GER (gastroesophageal reflux – the symptoms without the disease), it doesn’t call for medicine.

Only 2 prescription drugs have been FDA-approved for use in children under the age of 1 year, and these are to be used only when GERD (gastroesophageal reflux disease) has been diagnosed.

Why Do Babies Spit Up?

It’s not quite known. Consider the sheer volume of food taken into a tiny body, much more on a pound-for-pound basis than an adult. Add to that a short esophagus with an immature digestive system, and it becomes more logical. It is not (almost ever) an excess of acid that causes spit.

Acids are imperative in the digestive system. It is the first line of defense to stop infections, and acids are needed for the body to absorb certain vitamins and calcium. Depressing acid could start the process of nutritional deficiency. (In adults, there is building evidence that suppressing acids with PPIs blocks the absorption of calcium, magnesium, vitamin B12 and more.)

If, and only if, GERD is diagnosed — fewer than 5% of babies have actual GERD — protect your baby’s future health by keeping exposure to PPIs as short as possible.

For a long time it was thought that PPIs had no real negative effects. (Except for that pesky “rebound effect” that makes your body PPI-dependent.) Now researchers are discovering that the damage PPIs can do often takes years to develop. PPIs are not benign candy to be taken to avoid discomfort. They are powerful medicines with potentially serious — and not fully known — outcomes for adults and infants.

After all, it’s just a little spit.