This Would Be Funny If It Weren’t True 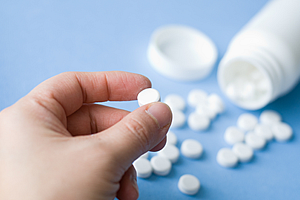 I urge everyone to listen to this BBC Radio 4 interview conducted by a persistent female News Presenter, as they’re called in the UK, and Professor Mark Baker, the director of the UK’s drug-regulatory organization. The presenter’s bold and naive-sounding questions are exactly the questions that should be asked, and Professor Baker’s fumbling “Let’s not make too much of this” responses expose some ugly truths. Why should U.S. citizens care? Because the process being discussed is very similar in the U.S.

Ostensibly the interview is about the anticipated guidelines change for statin-prescription policy. As in the U.S., Great Britain recently expanded its guidelines for statin use to increase by nearly 2-fold the number of people to be prescribed statins. For many of the new users, it would be prophylactic use — they don’t need statins for an existing condition but taking them would lower the statistical risk for a heart attack or stroke. (For more on benefits and side effects Statins: How Safe Are These Lifesavers?) The UK’s National Institute for Health and Care Excellence (NICE) is now reconsidering its expanded recommendation. On June 10, NICE responded to mounting criticism from medical professionals in the UK about what they see as the “medicalisation of healthy people.” The next day, Prof. Baker spoke with the BBC.

“How can you possibly come to a credible judgment in this final guidance… when even you don’t have access to all the scientific information that’s out there?” she asks.

Not to worry, Prof. Baker says. The Oxford clinical trialists do have access to information that they can’t give to NICE because they don’t own it — the drug companies do. The Oxford clinical trialists “have assured us that there is nothing in the information that they have not disclosed to us that would change our recommendation.”

A. How they know exactly what NICE will recommend.

(Oxford clinical trialists are a “consortium of individually accredited research units at the University of Oxford,” according to my Internet search.)

‘What about your panel?’ the interviewer asks. She notes there are 12 people on the statin guideline panel, and 8 of them have links to the drug industry — does that make it a credible panel?

This highlights a structural flaw in the drug-approval system in both the UK and the U.S. The process, and if necessary the law, should be changed so that the company that seeks approval for the drug it is testing and requesting approval to sell must turn over all research that was initiated on a drug — all of it, whether the test was completed, stopped in the middle or failed.

“What about your panel?” the interviewer asks. She notes there are 12 people on the statin guideline panel, and 8 of them have links to the drug industry — does that make it a credible panel?

Prof. Baker calls the suggestion of impropriety “completely unjustified.” He blusters that the panelists selected are “not allowed to receive income from pharmaceutical industry or other conflicting interest for the year before the start of the guideline or at any time during the development of the guideline.”

The reporter didn’t comment on that ridiculous assertion, and I’ll stop there too. Except to say that the process for drug regulation in the U.S. is highly similar to England’s. And that’s why this interview is hysterical… and not funny at all.