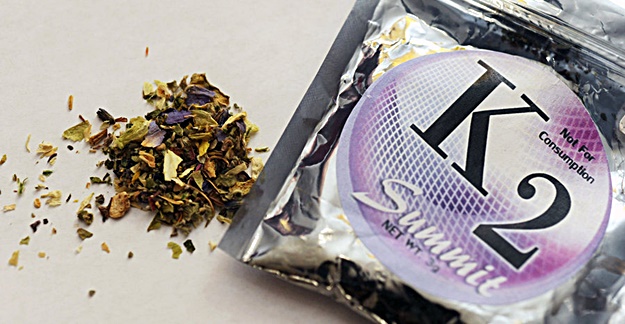 Just a matter of days after more than 30 people in a Brooklyn neighborhood simultaneously overdosed on synthetic marijuana in a scene witnesses described as “zombie” like, a federal report has found that overdoses attributed to the street drug are rising across the country.

Also known as K2 or Spice, synthetic marijuana is really a mix of man-made chemicals designed to mimic the effects of marijuana, but is usually cheaper and more potent than natural cannabis. And the side effects of K2 are downright scary: anxiety, paranoia and hallucinations, vomiting, seizures, fainting, increased heart rate and uncontrollable body movements. When used long-term, Spice can lead to kidney failure and heart damage.

In addition, synthetic marijuana is said to be highly addictive.

The Centers for Disease Control and Prevention report, published in the Morbidity and Mortality Weekly Report, included data from 50 medical centers that took part in the Toxicology Investigators Consortium (ToxIC) Case Registry. Between 2010 and 2015, these sites treated 456 patients for effects related to synthetic marijuana.

The results also showed that K2 users are overwhelmingly men and a startling number are teens. Among the 456 synthetic cannabinoid intoxication cases, 125 (27.4%) occurred in people between the ages of 13 and 18, and 379 (83.1%) of the patients were male.