‘Cures’ Legislation is Bad Medicine for Consumers and FDA 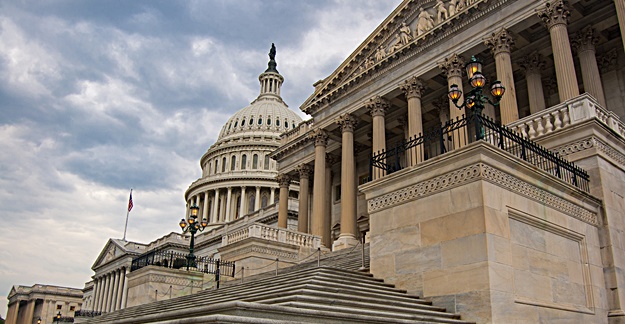 Major legislation that affects the approval and safety of prescription drugs and medical devices is currently working its way through Congress. With so much else going on in the world — the upcoming presidential election and Brexit — it hasn’t gotten the attention it deserves.

The legislation, the 21st Century Cures Act, is bad for consumers and the FDA, as it would undermine agency’s approval process. If passed and signed into law, it could compromise patient safety by eroding the scrutiny the FDA usually places on new drug applications, lowering the bar for drug approvals.

Here’s the background: In May 2015, the House of Representatives passed the 21st Century Cures Act. The main aim of the bill — which was pushed by Republicans and strongly supported by both the pharmaceutical and device industries — was to speed the FDA’s approval of drugs and medical devices. Critics, including many consumer groups, cried foul and sharply criticized the bill for undermining the careful process by which the FDA evaluates drug and device safety.

The bill went to the Senate for consideration a year ago. Between February and May of this year, a Senate committee carved the 21st Century Cures Act into 19 separate pieces of legislation — adding many new provisions along the way. Thus, the Senate bills are quite different from the Cures Act.

Fast forward to this month. Key Republicans in the Senate are pushing to pass the 19 bills, and their colleagues in the House have agreed to go along with most of the changes and additions. Democrats in the Senate are split, with some in favor, some skeptical and some opposed. But on July 11, Sen. Lamar Alexander (R-Tenn.), chairman of the Senate Health Committee, said that the Senate would not vote on its bills before the summer recess, though he indicated he would like to see it passed in September.

All of this has also gotten mixed in with the White House’s $1 billion Cancer Moonshot Initiative — with Republicans asserting that the legislation will speed cancer drugs to market as the White House wants.

What’s all this legislative sausage-making have to do with you and me? Well, it’s no exaggeration to say that this legislation would profoundly affect the safety of drugs and devices for years to come. It would culminate years of intense lobbying by industry, and — if it becomes law — be a major victory for industry in their long-running effort to fast-track approvals and weaken FDA regulatory oversight.

The proposals in the Senate bills are complex but here are just two examples of what they would do:

As part of their rationale, proponents of the bills argue that the FDA approves drugs and devices too slowly compared to other countries. But that assertion is false, at least recently. Almost two-thirds of the novel drugs approved in 2015, for example — 29 of 45 — were approved in the United States before being approved in any other country.

In a May 19, 2016, letter to Senate leaders, the Patient, Consumer, and Public Health Coalition — which includes MedShadow — recommended against passing any package that included all 19 of the Senate bills. The group said legislation covering drug and device approvals “should focus more on ensuring that medical products are safe and effective and less on speeding medical products to the market.”

The group noted that even the FDA’s own new commissioner was skeptical. In a recent speech, Commissioner Robert Califf said, “This legislation, if not carefully crafted, could pose significant risks for FDA and American patients…Innovative therapies are not helpful to patients if they don’t work, or worse, cause harm.” A former FDA Commissioner David Kessler echoed that sentiment, saying recently: “It’s time to uncouple the promise of research funding from the requirement that FDA standards be lowered.”

Perhaps fortunately, the clock is ticking on the legislation. Congress is set to adjourn on July 15 for an extended election-year summer recess and the congressional calendar in the fall looks awfully full, prior to the election in November and afterwards in what’s known as a “lame-duck” session (before a new Congress in January).

Paul Brown, Government Relations Manager at the National Center of Health Research in Washington, DC — which has tracked and lobbied on the legislation for over a year — says he’d like to see consideration of the bills delayed until 2017. “That’s probably the best outcome right now. They should not do this hastily; there’s too much at stake,” Brown told me.