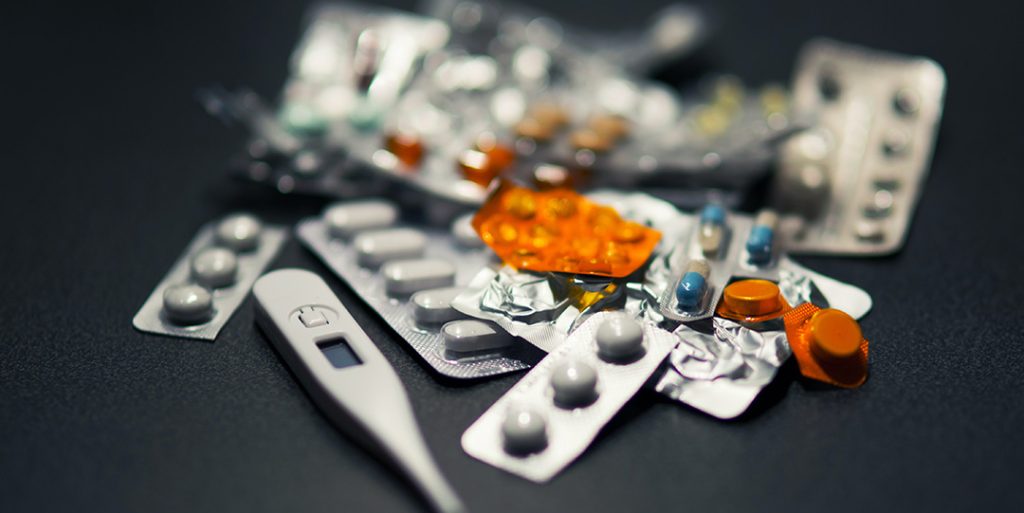 When the pandemic first broke out in 2020, every COVID-19 treatment was experimental. Researchers tested existing drugs, like the antiparasitic Plaquenil (hydroxychloroquine) or the anti-inflammatory Ozurdex, Maxidex or others (dexamethasone), that they hoped could fight the virus or dampen damaging inflammation. Other medical personnel tried antidepressants on patients.

Now, two years in, researchers and regulators have provided evidence-based guidelines for repurposing drugs and administering newly developed treatments to patients at high risk of, or who already are, experiencing severe disease. Read on to learn your options, if you test positive.

As the pandemic has continued, scientists have found several groups of people, such as those who are immunocompromised, have diabetes, hypertension or obesity, are at a higher risk for severe outcomes from COVID-19. If you are in that group and receive a positive test result, the National Institutes of Health (NIH) recommends the antiviral Paxlovid (nirmatrelvir, ritonavir) as your first option. If it’s unavailable or you can’t take it for another reason, the agency suggests Xerudy (sotrovimab), a monoclonal antibody. After that, it offers two other antiviral pills: Veklury (remdesivir) or Lagevrio (molnupiravir).

Which Antiviral Is Best?

The antiviral drugs, Paxlovid, remdesivir  and molnupiravir are all designed to prevent the virus from replicating inside your body, so that the disease doesn’t worsen.

remdesivir emerged early in the pandemic, but evidence of its efficacy was limited. It was only used on hospitalized patients. Recent data from the end of 2021 suggest that, if it’s administered within seven days of symptoms starting, it can keep 87% of high-risk patients out of the hospital. However, since it’s given intravenously, you need to have it administered at a hospital or clinic. The frequency is once a day for three days.

At the end of 2021, the Food and Drug Administration (FDA) authorized the two new antiviral drugs, available as pills you can pick up at a pharmacy and take at home.

Paxlovid is the clear drug of choice for the FDA. It decreased the chances of hospitalization by 89% in clinical trials, compared to molnupiravir 30% rate. Additionally, while molnupiravir is easier to take than remdesivir, it comes with the worrisome potential of causing birth defects. These defects have not shown up in the trials with humans, but in animal models.

Still, Paxlovid does come with the disadvantage that it interacts with many medications you may have been prescribed. Be sure to ask your pharmacist about any drugs or supplements you already take, even if they’re over-the-counter (OTC).

One other reason you might be prescribed molnupiravir or remdesivir over Paxlovid, even if Paxlovid is your safest option, is that its availability is limited, and many patients have struggled to find it.

Monoclonal antibodies—synthetically developed antibodies designed to target the virus—were some of the first treatments authorized to manage COVID-19 in 2020.

There were three versions of monoclonal antibodies on the market: Eli Lilly’s Bamlanivimab plus etesevimab, Regen-COV (casirivimab plus imdevimab) and Xevudy (sotrovimab). Unfortunately, while all three were highly effective in that they prevented hospitalization in about 85% of patients early on, none of the existing antibodies seem to help against the most recent Omicron variants. The NIH currently doesn’t recommend using any of these treatments.

Side effects mainly include infusion-site reactions, such as redness or bruising, and allergic reactions that cause symptoms, like fevers, swelling and hives.

The NIH emphasizes that while you are sick with COVID, you should be resting, and drinking fluids to avoid dehydration. You can take over-the-counter drugs to help manage symptoms like headaches, muscle aches and fevers. When you start to feel better, it’s important that you return to physical activity gradually, paying close attention to how you feel. You may still be fatigued and some patients experience lung and cardiovascular symptoms after the acute phase of illness. If you feel any shortness of breath, you should consult your healthcare provider or make a telehealth appointment. You should also be on the lookout for dizziness, chest pain or tightness, or confusion.)

If Hospitalized, Know This

If your illness is severe enough to require hospitalization, it’s likely that you have systemic inflammation. Doctors will likely recommend Decadron (dexamethasone) or another corticosteroid that will dampen your immune response. In some cases, they may add an interleukin (IL)-6 inhibitor, such as Actemra (tocilizumab).

Some other drugs that modulate immune activity, such as the antidepressant Luvox (fluvoxamine), are still being tested for COVID-19. Physicians are also likely to add blood thinners, such as heparin, to your regimen to help prevent dangerous clots from forming during treatment.

If you’re in critical care, you may need several of the previously mentioned therapeutics along with drugs to treat a variety of complications, such as bacterial pneumonia or renal failure.

You didn’t mention the most effective early treatment-ivermectin! I don’t care what the corrupt FDA & CDC have to say about it. It has saved countless lives. The suppression and censorship and lies about this safe and effective drug is criminal.