Testing Estrogen on Men with COVID-19 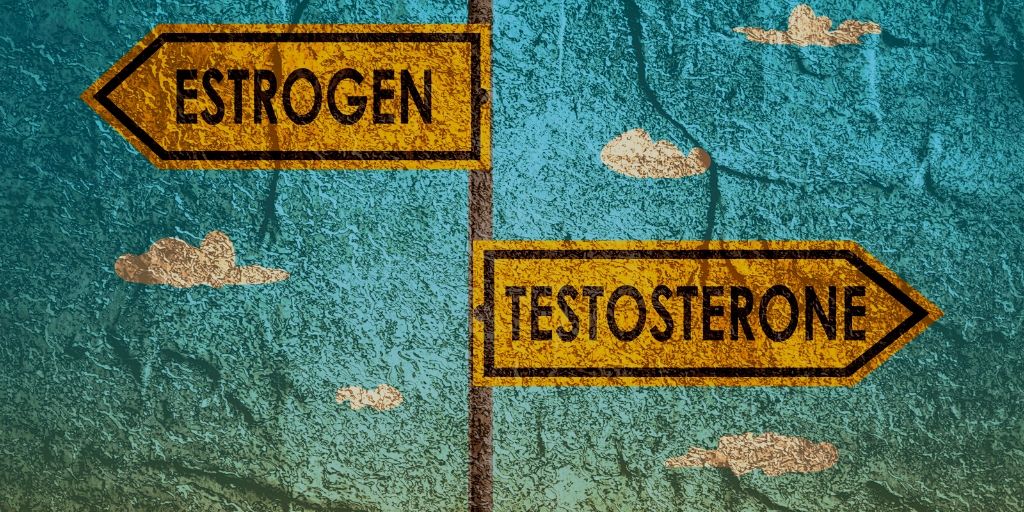 Will turning men into women save their lives? Of course, I am speaking facetiously. Doctors on the front line have noticed that women seem to survive COVID-19 better than men. A new report estimates that twice as many women survive as men. This has generated a debate among scientists: What is it that women have and men don’t?

The answer that two different scientific teams have come up with is estrogen and progesterone. Perhaps these “women’s hormones” offer some protective veil? There is no theory offered as to why that would be.

Pumping estrogen and the combination of estrogen/progesterone into women has had some pretty bad results in the past. The Women’s Health Initiative (WHI) showed in 2002 that HRT (hormone replacement therapy) that combined estrogen and progestin was associated with an increased risk of breast cancer, some increased risk of cardiovascular disease, and more harm than benefit overall. Two years later a different arm of the same study showed estrogen alone increased the risk of stroke.

And thirty years before the WHI study, pregnant women who had a history of miscarriage were prescribed massive amounts of synthetic estrogen, diethylstilbestrol (DES). The outcome wasn’t good, DES did not increase successful pregnancies and it had the adverse effect of causing malformations in the developing of the fetus’ reproductive system and cancers in some of the offspring. The women who had been given the DES directly (the mothers) suffered breast cancer at higher rates than other women.

So there is reason to be concerned that pumping estrogen into anyone might not be a great idea. Men can have breast and other cancers, and DES has never been given to men directly, so the effect on them, and their offspring, is unknown.

Estrogen and progesterone are not the only differences between men and women. Lifestyle, genetics, metabolism, weight, muscle mass are all markedly different to name a few factors. Women live longer on average and are thought to take better care of themselves.

“On the other hand, the hormone-immunity idea is intriguing, particularly if the disease is milder in pregnant women, whose immune systems are able to tolerate the “parasite” within.  We don’t know, of course, how many pregnant women have been studied, and whether their covid-19 disease course and outcomes are better than those in age-similar women who aren’t pregnant,” stated Linda Titus, MA, PhD, Active Emeritus Professor of Epidemiology and Pediatrics at the Geisel School of Medicine at Dartmouth College. Titus is Principal Investigator, Continuation of DES Follow-up Study and is unaffiliated with the studies on estrogen and progesterone.

Clinical trials are underway in both Long Island, NY and LA to test the effect of estrogen and progesterone on men sick with COVID.

In the Long Island study a transdermal patch approved for HRT use in women will be applied to men for seven days, as reported on ClinicalTests.gov. The study will randomize 110 participants with COVID or presumed COVID into two groups, one receiving the patch and the other receiving the standard of care. Interestingly, participants can be male, 18 years or older or women, aged 55+.

The second study, based in LA, is even smaller with a projected total of 40 men, 18 years or older, all with COVID or presumed COVID, also randomized into two groups. One group will receive injections of progesterone for five days and the other getting standard of care. The men will also get anticoagulation medicine to prevent a known side effect of progesterone, deep venous thrombosis (DVT) while hospitalized.

Risks of estrogen and progesterone

The WHI study scared women and many medical professionals away from supplemental use of estrogen and progesterone for many years. Subsequent studies showed that the early attempts at hormonal treatment of menopausal symptoms relied on single agent estrogen, which was found to increase risk of endometrial cancer.  That’s the reason the “combined regimen” (estrogen + progesterone) was introduced.  The adverse health consequences of the combined therapy can be minimized by short-term use. So the combined therapy is still used, but hopefully not for years at a time. Estrogen alone is still given, but should be given only to women who have had a hysterectomy — hence no danger of endometrial cancer.

However, the studies being conducted now in New York and LA are of very short duration and therefore, the risks of long-term adverse side effects are low. “If 20% approximates the risk of death {according to a recent article in JAMA} among hospitalized men, testing the efficacy of hormone treatment may be worthwhile, because the alternative– doing nothing — carries an unacceptable risk of dying. Most of the hospitalized men will probably be past child-bearing age; in the same JAMA article, only 20% are less than age 50, noted Titus.

Also, Titus said, “The trial is enrolling women who are at least 55 years of age. Ideally, the trial would also enroll men who are at least 55 years of age, because age has a big impact on covid-19 outcomes.  While impact on men’s later ability to safely father children is a concern, it would be less of an issue for older men. There probably isn’t much, if any, harm in administering these medications short-term to postmenopausal women. That being said, we don’t know whether these hormones might interact with the destructive effects of covid-19 on physiology; for example, increased risk of blood clotting.”

A 2019 study in the UK found that women using HRT patches, creams or gels did not have an increased blood clot risk, only those using oral tablets. Neither of the trials are using oral tablets. While the blood clotting risk for estrogen or progesterone exposure of only a week seems low, it’s not something that has been tested. It could influence the health of the men and women in the trial.
Since one the trials is prophylactically prescribing anticoagulants, which would lower the risk of blood clots, it indicates that those running the progesterone trials consider clotting a risk factor.

Both trials are short, yet it will still take months to recruit, treat and analyze the results. They are anticipated to announce results in November and September respectively. Just in time for a fall return of COVID.