The Whys and Hows of Antibiotic Overuse 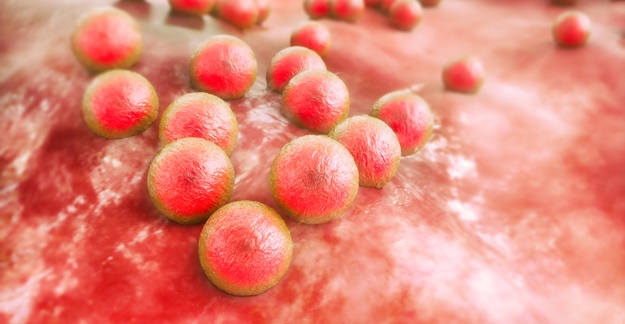 How many times has someone asked you if you’ve seen a doctor about that persistent cough or cold, when it lasts more than a few days? Doctors’ clinics post notices telling us the average cough and cold lasts 9 to 18 days, yet after a week of battling it, many people wonder if it’s time to get an antibiotic prescription to get rid of it.

Antibiotics are for treating bacterial infections. But a Pew research report found that 44% of antibiotic prescriptions for outpatients were written up for bronchitis, flu, asthma, sinus and viral upper respiratory infections such as the common cold and allergies.

Half of these prescriptions were unnecessary, since viral illnesses don’t respond to antibiotics. Across the US, 13% of all outpatient visits — 154 million visits — resulted in an antibiotic prescription, of which 1/3 — or 47 million — were not needed, the study found.

Many people are not aware of the side effects of indiscriminate use of antibiotics, from becoming resistant to certain strains of bacteria, to prolonged recovery periods for future illnesses, death from previously treatable illnesses, more doctor visits, more expensive treatments and longer hospital stays.

Any time you take antibiotics, it’s not only going to attack the bacteria causing infection, it’s also going to affect a lot of the good bacteria that colonize our body in our skin and intestines, which may have some beneficial effects, explains Dr. David Hyun, a pediatric infectious diseases doctor and senior officer with Pew’s antibiotics resistance project.

“So what ends up happening is among the many bacteria in our microbiome, one of them may have resistance to the antibiotic, and it will survive while the others die,” Hyun says. “The lone survivor becomes the one that replicates more and takes up a large portion of the bacteria in your body and this population of bacteria can resist antibiotics in the future. That’s why it’s extremely important we limit antibiotic use to only when it’s needed.”

This misuse of antibiotics is the main reason why so called “super bugs” that resist antibiotics develop. When doctors recently found a resistant strain of E.coli bacteria in a Pennsylvania woman that did not respond to an antibiotic that is the last line of defense against multi-drug resistant infections, it made headlines.

Health officials have warned for years that over use and misuse of antibiotics will lead to these super bugs. When this case, the first of its kind on US soil was found, CDC Director Tom Frieden said, “The medicine cabinet is empty for some patients. It is the end of the road for antibiotics if we don’t do something.”

“One key adverse event is Clostridium difficile, a bacterium that typically manifests as an intestinal infection like diarrhea,” says Hyun. “What’s important to understand is that there’s a clear link between contracting this type of infection and antibiotics overexposure.”

Patients who have received broad spectrum antibiotics are at risk for this type of infection, and research has shown that if we reduce inappropriate antibiotic use, we will also see a reduction in c. difficile infections. Antibiotic use is also the top reason for drug side effect visits to the emergency room, he says.

I’ve personally experienced the pressure to do something about a long lasting cough myself. This April, I was down with a horrid cough and cold that lasted 22 days and slowed me down, interfering with my ability to work and go about my day. Everyone around me urged me to see a doctor and “go on antibiotics” so I could get better faster.

But I’m cautious about using them because I’ve seen my father, who is in his 70s, get access to them in India and pop them on the second day of a cough or cold. As a result, he’s developed resistance to basic antibiotics. When he picks up infections that do need antibiotic treatment, his doctor has to resort to much stronger antibiotics and it takes him longer to fight off the infection.

I eventually got over my persistent symptoms with rest, plenty of hot liquids, home remedies and lozenges.

Physicians make judgment calls on whether an infection needs an antibiotic or not, and studies have shown that they do perceive pressure from patients to do something about their symptoms, Hyun says. “There needs to be better communication between patient and physician during a visit.”

Pew collaborated with the CDC on the report, which sets out concrete steps patients and physicians could take to reduce misuse.

Patient education is the first step, but doctors can also do self evaluations on prescribing practices, and health insurance plans can collect data to track how often network providers write up prescriptions. Medical associations can provide guidelines to members on appropriate prescribing practices, the report suggests.

“We have to preserve the efficacy of the antibiotics we have now through stewardship,” Hyun says.