The Tricky Chemistry of Gender Transitioning 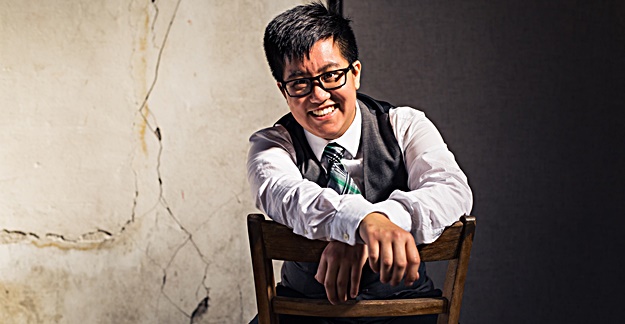 Laura Arrowsmith knows what it’s like to go through gender transitioning. She struggled to find a provider willing to prescribe the hormone therapy that would allow her body to reflect the woman she knew herself to be.

Medical transition care — that is, the prescribing and managing of feminizing or masculinizing hormones for people whose perceived gender differs from the sex assigned to them at birth — has been prescribed for decades. But only now are physicians beginning to offer the treatment more readily, said Arrowsmith, herself a DO (doctor of osteopathic medicine) who runs a transgender care clinic in Oklahoma City.

“I have patients who travel from all over Oklahoma, Texas and Arkansas,” said Dr. Arrowsmith, who has been a physician for 38 years. “The medications we use have been prescribed for years and years and years. Even though the treatment is for off-label use, it’s still highly effective and relatively safe.”

Clear, comprehensive guidelines are available from the World Professional Association for Transgender Health (WPATH) and academic institutions, such as the University of California, San Francisco’s Center for Excellence in Transgender Care.

And while the topic of hormone therapy for transition care is understudied — there is little data on the long-term impact of hormone use — managing transition care for transgender patients is fulfilling, said Dr. Ray Martins, senior director of clinical education and training for Whitman-Walker Health, a Washington, DC-based center for lesbian, gay, bisexual and transgender patients.

“Out of everything we do in medicine, [caring for transgender patients] may be my favorite thing,” he said. “It’s not that often that you get to take care of someone and help them become who they really are.”

By the time Arthur Douglas*, 17, decided to begin medical transition last year, he’d been in talk therapy for months, had discussed the topic with his pediatrician and his parents, and done his own research.

“It does take a while,” he said. “There’s a lot of counseling involved, a lot of talking through what you want. It’s not like plastic surgery: ‘What do you want?’ It’s, ‘What do you expect from your life? What would make it easier for you to live?’ Because it’s like, ‘What care do you need to survive?’”

“With this more than any other medical decision, I give them the information as an expert, but I never say, ‘We’re going to do this,’” he said. “Go through the potential benefits and the issues.”

Arrowsmith follows WPATH’s standard of care, which calls for a letter from a therapist before beginning hormone therapy, confirming that it is medically necessary.

Then the discussion of hormones begins.

“Out of everything we do in medicine, [caring for transgender patients] may be my favorite thing. It’s not that often that you get to take care of someone and help them become who they really are.” — Dr. Ray Martins, senior director, Whitman-Walker Health.

For people transitioning to female, the most common medication prescribed is spironolactone, which blocks the production of testosterone, and the hormone estrogen in the form of estradiol. Often patients take one tablet of estradiol twice a day, but sometimes injections, skin patches or gels are indicated.

For patients transitioning to male, doses of testosterone are administered to induce secondary male sex characteristics.

And then there are gender-fluid or non-binary patients who don’t desire to transition gender, but instead want a more androgynous appearance. For them, Arrowsmith will prescribe very small doses of testosterone to those assigned female at birth, or an androgen blocker like spironolactone to those assigned male.

Watching for Side Effects

Then the monitoring begins.

“It’s basically well-patient care for the most part,” said Arrowsmith. “Most patients are young and healthy.”

For those using estrogen, that means, primarily, an increase in the risk of blood clots and a risk of hyperkalemia, which can lead to cardiac problems and arrhythmias, from spironolactone. Potassium levels can be monitored in regular blood tests, and, if necessary, spironolactone doses can be lowered to see if that normalizes potassium levels. Arrowsmith said she hasn’t seen that happen, however.

She regularly checks patients for leg pain as a sign of deep vein thrombosis, or shortness of breath from a pulmonary embolism.

Because of the blood clot risk, cigarette smoking is “a big no-no,” Arrowsmith said. She asks people to quit smoking immediately, and if they haven’t quit by six months, she stops seeing them.

“Hormones are a big motivation,” she said. “Most are so desperate to get this medical care that they will do it.”

Testosterone, usually administered as an injection every two weeks, is associated with increased blood production, which can be treated by the patient becoming a blood donor or by decreasing the dose of testosterone, Arrowsmith said.

For people who are diabetic, there’s some evidence that testosterone can lower blood sugar, so Martins monitors for effectiveness of diabetes medications, and potentially adjusts doses, especially directly after testosterone injection, when hormone levels are especially high.

And while medical transition therapy is associated with decreased fertility, it doesn’t always completely eliminate it. So, transgender men with intact uteruses should consider a copper IUD (intrauterine device) to prevent pregnancy if they continue to have vaginal sex, said Martins. Hormonal contraceptives are ineffective in people taking testosterone.

Some patients want to maintain their fertility by banking sperm or harvesting eggs before they begin transition care. Arrowsmith said that transgender men are often still capable of becoming pregnant if they are willing to discontinue hormone therapy for the duration of their pregnancies.

Another Side Effect: Unhappiness

Given this litany of side effects, it might seem counterintuitive to provide transition care to healthy patients. But hormone therapy isn’t like other well-person care, Arrowsmith said. A report from the Williams Institute at UCLA School of Law found that about 60% of patients refused hormone therapy attempted suicide.

“It becomes somewhat life or death,” said Arrowsmith. “It becomes very, very desperate. I can speak on a personal level about that.”

If depression and anxiety are side effects of not receiving care, the opposite may also be true. For 17-year-old Arthur, the only side effect he’s had is acne. But he’ll take acne, hair loss, a big gut, heart disease — any of the side effects described in the several-page-long disclosure form he signed when he began therapy — to live in the world as himself.

“Transition care isn’t cosmetic,” he said. “It changes your life. You can look like a perfectly biologically healthy person, but that isn’t the case mentally. If you aren’t trans, it can be hard to understand the deep, misplaced feeling you get from being trans but not able to transition. It’s like a void that can’t be described. The loss is unfathomable… The fact that now others see me—and I see myself—and I never think, ‘Girl,’ that’s really the biggest thing.”

* Not his real name