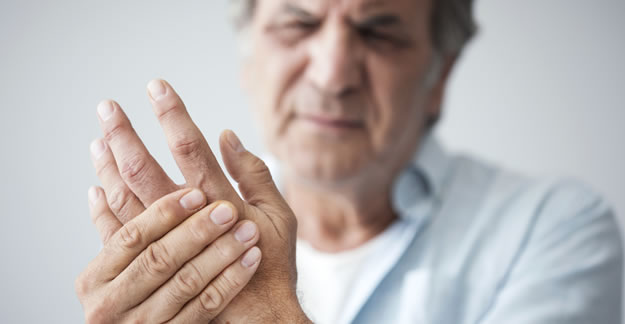 If you watch television, you’ve likely seen the commercials for the JAK (Janus kinase) inhibitors Xeljanz and Rinvoq that make bold claims.

Those ads depict men and women ziplining, moving large amounts of heavy soil, hauling furniture and riding ATVs. “The [misleading] message is that you don’t have to be limited in any way,” explains Terry Graedon, PhD, a medical anthropologist and co-host of The People’s Pharmacy. “I would say that the likelihood [is pretty slim] that this is a realistic goal for most people, much less women with rheumatoid arthritis,  especially if they are people whose condition has not responded to other treatments [that the Food and Drug Administration (FDA) recommends trying before JAK inhibitors].”

On September 1, 2021, the FDA issued a newly updated black box warning, the most serious of the agency’s safety advisories, on three JAK inhibitors — Xeljanz (tofacitinib), Olumiant (baricitinib) and Rinvoq (upadacitinib). The warning states that these drugs, used to treat several inflammatory diseases like ulcerative colitis and rheumatoid arthritis, are associated with a heightened risk of heart disease, blood clots, cancer and death. Two other JAK inhibitors, Jakafi (ruxolitinib) and Inrebic (fedratinib), which doctors prescribe for certain blood disorders, were not included in the warning.

After the FDA first approved Xeljanz in 2012, research suggested that the drugs could raise health risks. Because of that possibility, the FDA asked its manufacturer, Pfizer, to conduct a post-market Phase IV clinical trial to assess safety. Interim results showed that at higher doses, the drug could increase the risk of blood clots. As a result, the FDA issued a boxed warning back in 2019. Later, the finished trial demonstrated more risks at all doses.

With the September announcement, the FDA added that the drugs should only be prescribed to patients who have not experienced relief from tumor necrosis factor (TNF) inhibitors after taking Enbrel and Humira.

Still, the FDA statement included little data. The clinical trial conducted by Pfizer only assessed Xeljanz, not the similar drugs, Olumiant or Rinvoq, and the results are not public.

In the Q&A, below, two members of MedShadow’s Medical Advisory Board, Terry Graedon and Joe Graedon, MS, a pharmacologist and co-host of The People’s Pharmacy, help us make sense of the FDA advisory.

MedShadow: What did we know about the safety of Xeljanz before this warning?

Joe Graedon: We’ve known for almost a decade that there were some [safety] issues. As a class, the Janus kinase inhibitors are messing around with basic biological systems at a very fundamental and early stage, which is why they were effective as anti-inflammatories.

Pretty early on in the Xeljanz story, there were concerns about a variety of potential adverse reactions, not the least of which was cardiovascular, because it has a negative impact on lipids and, in particular, [on] LDL cholesterol.

Terry Graedon: Even more than five years ago, there were some signals that this drug is not benign.

MedShadow: Xeljanz was approved in 2012 by the FDA. Why are we hearing this warning just now?

J. Graedon: When there are safety concerns, the FDA says, “Well, you need to do a Phase IV clinical trial [a trial conducted after the drug has already been FDA- approved].” But a lot of times, those companies just never do them. It’s not like the FDA can require a Phase IV trial, but they could encourage it. So that’s what they did. The Phase IV trial for Xeljanz didn’t start until 2014.

MedShadow: What did the trial tell us?

J. Graedon: The results of that clinical trial were not released. [The FDA] just gave us a sort of overview. We now know, nine years later, that this drug in particular, Xeljanz, increases the risk for some pretty serious consequences, not the least of which are heart-related events. Then they also say, “Oh yeah, and cancer and blood clots.”

MedShadow: Will this new, serious warning  from the FDA change how the drugs are used?

J. Graedon: There were some caveats before this phase for trial was complete. Now that the Phase IV trial has been completed, it’s pretty clear that the FDA is saying, “No, no, doctor, you cannot prescribe or should not prescribe a JAK inhibitor, unless you’ve tried one of the TNS blockers [first]. You’ll have to go with Humira [the leading TNS blocker]. You’ll have to go with one of those other expensive drugs. And when they fail or when patients can’t tolerate them, and you’ve already tried, presumably, methotrexate, and whatever else you have in your toolkit, well, now you can prescribe a JAK inhibitor. But you better be careful, because there are a lot of side effects.”

MedShadow: What should patients ask their doctors about, if they’ve been prescribed these drugs?

T. Graedon: I don’t think we’re in a position to say, “Don’t take these drugs,” because, for some people, they’re going to be very useful.

J. Graedon: How do we assess risk [before]we see the data? How do we know the risk for heart attack, stroke, cancer? What are the risks? It’s absolutely impossible for a physician even to be able to say, “Oh, well, we’re increasing the risk of, fill in the blank, lymphoma by an absolute risk of 4%”

T. Graedon: We don’t have those numbers. If you were [prior to taking the drugs] at risk for a stroke or a heart attack, I would think you might want to ask the doctor about an alternative to the JAK inhibitors. And in terms of trying to lower your risk, I trust that most people are doing what they can to lower their risk of heart disease and stroke anyway, by trying to make sure that they get some physical activity, by trying to make sure that they’re following something like a Mediterranean diet. But those things, although they’re pretty powerful if you apply them over a lifetime, on a short-term basis, they’re not very powerful.

J. Graedon: Here’s the problem. We don’t completely understand what the mechanism of the increase is. That information is missing. How are [the drugs] increasing the risk for blood clots? What about cancer? How are they affecting cancer susceptibility?

Until we have some actual quantitative data, we’re sort of shooting blind. But the FDA is just [issuing] the black box warning that says, “Watch out. These are all your worst fears: cancer, heart disease and early or premature death.” It really leaves the patient without any details, and ditto for doctors.